Tomorrow's Cthulhu: Between Angels And Insects and The Hyde Hotel on Booked 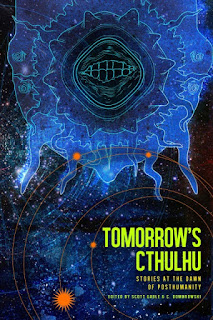 Two nice things I completely forgot! In fairness, I did have a lot of nice things to talk about already on Friday.

The Booked podcast reviewed The Hyde Hotel in their latest issue. Each of the two reviewers discussing it had to pick three favourite stories - one picked my tale, 'Wrath Of The Deep', and the other picked Cate's contribution, 'The Coyote Corporation's Misplaced Song.'

You can listen to the podcast here.

In other news, the Broken Eye Books anthology Tomorrow's Cthulhu: Stories At The Dawn Of Posthumanity is now available to buy on ebook! Paperback and hardcover will now be released on 15th February, but you can preorder now. In includes my story 'Between Angels And Insects'. Here's a sample: 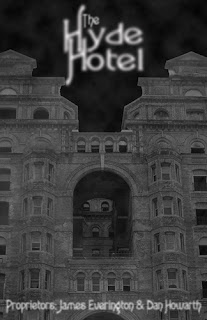 'I remembered logging into the computer that night and thinking how the odd the patterns flickering across the screen were. They were hypnotic. Hypnotic. And then: the hive. The rage. Find a target. Destroy it. Here is the target. Kill him. Kill him. Make him kill himself. Night after night, until he broke. And -