Things of the Year So Far 21st January 2018: The Moraine on Books In The Freezer Podcast, The Judgement Call and Breakwater, Planet of the Knob Heads 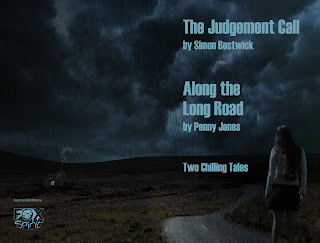 Hello again. So this year I want to be a bit more structured and revive the blog a bit. And what better way to do it than a swift recap of what's been happening?

First of all, there was some lovely news to round off 2017, when the Books In The Freezer Podcast shared their roundup of the year's reading. The two hosts picked their favourite novels and short stories of the year, and one of the picks was 'The Moraine' (the host's other favourite horror story read that year was Clive Barker's 'The Yattering and Jack', which is pretty damned good company to be in!) They start talking about 'The Moraine' at 31.50. The podcast's here, and of course you can listen to the story being read here at Pseudopod.

My first stories of 2018 see print in the next month or so: my story 'The Judgement Call', originally to have been a chapbook from Spectral Press, will be published by Fox Spirit alongside a new tale by Penelope Jones. Neil Williams' original awesome artwork for the story will grace the Fox Spirit volume.

And on February 7th - my Mum's birthday and the day after mine! - my novelette Breakwater will be published by Tor.com. More details as the time approacheth.

(TOR-DOT-COM! As I may have screamed ecstatically said before. TOR-FREAKING-DOT-COM!)

In other news, I encountered this little article on Brain Pickings (excellent site, and well worth a browse) which raised a few smiles as well as a reminder that nothing's new under the sun. 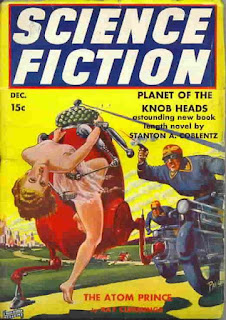 When e.e. cummings was awarded the Academy of American Poets Fellowship in 1950, the approbration wasn't universal. Some of the responses were downright unpleasant: step forward Dr Earl M. Byrd and Stanton A. Coblentz. The bilious grumblings of would have been at home on any internet message board. Well, maybe not, as they could both spell and weren't writing everything in allcaps. Not only was the art form of poetry being debased and destroyed, they cried, by those damned 'new', 'progressive' authors, but a cabal of their supporters were working to ensure the prizes went only to them. No doubt that'll sound pretty familiar, especially to American readers. (Not that there aren't times when 'dude, seriously?' is a legitimate action to someone winning an award. But we digress.)

However, the Brain Pickings article's author is wrong about one thing: he says Stanton A. Coblentz is 'entirely forgotten.' Well, not entirely. He's achieved a sort of second-hand immortality by dint of his authorship of a novel called... Planet Of The Knob Heads. He seems to have been a bit of an Anglophile in his poetic tastes, but obviously wasn't well-up on colloquial UK English. Perhaps he was visualising a world colonised by followers of Vox Day and John C. Wright. Who knows?


Hope the New Year's treating you all well. See you soon!
Posted by Simon at Sunday, January 21, 2018 No comments: