New Lurve for The Faceless 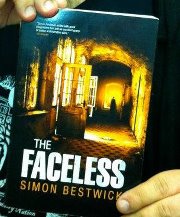 There have been some new reviews of The Faceless, all good.

Stanley Riiks in the supplement to Morpheus Tales #16 says: ‘The Faceless propels Bestwick deservedly into the top flight of unflinching horrific genius.’  He says other things too, but you can find them out for yourself... I'n too bashful. :)

Paul Simpson in Sci-Fi Bulletin: 'On some levels, this is a well-written horror novel that mines a number of familiar ideas and takes them to some occasionally surprising, yet logical, outcomes. But imagine a story told with the descriptive powers of both crime writer Val McDermid and horror writer John Connolly, and then you’ve got The Faceless... Creepy, unsettling and unnerving, The Faceless will grip you.

And Hannah Priest- organiser of the Manchester Monster Convention, at which I disported myself alongside Wayne Simmons and Scott Stanford- says on her She-Wolf blog: 'The Faceless is well-written, compelling and utterly creepy... one of the best UK horror novels I have read recently.'

I shall now step away from the keyboard, in case of random squeeage.
Posted by Simon at Monday, April 30, 2012 No comments: 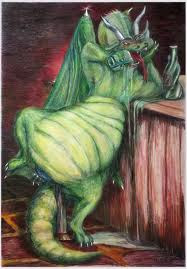 Have a cracking Easter, everybody, with lots of chocolate eggs.
Posted by Simon at Friday, April 06, 2012 2 comments: