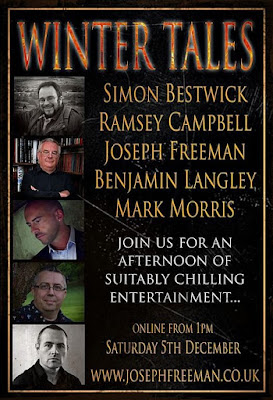 Nearly three weeks since the last blog post, and things are looking up, at least for the US, who are (fingers crossed) getting rid of their current National Embarrassment. Here in the UK, sadly, ours remains firmly behind the wheel...

Still, there have been Things, and not all of them bad. At least here at Castle Bestwick.

One of them has been the appearance of the first two reviews for Roth-Steyr. The first, by Thomas Joyce over at This Is Horror, who says:

"Bestwick’s exploration of his heroine’s complicated past and conflicted feelings about duty and love is brilliant. From the first mention of her brother and what happened on that frozen lake when they were children, we are immediately invested in their relationship, such intriguing characters they make. Valerie’s reminisces of her former comrades, especially Tibor, are also very touching. The recollections of past battles and confrontations with the Black Eagles, especially the scene in a war-torn Berlin, are very well done. And the scene at the Gate, complete with sinister doctor Sindelar and his dark and mysterious 'assistants' adds just a hint of cosmic horror."

The second review comes from Matt at Runalong The Shelves, and is another very positive one: 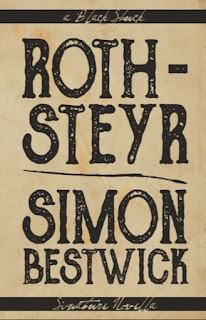 "The tale feels like a slow-motion car crash that Valerie has to desperately get out of the way of and this makes the reading compulsive. A dark tale but also one with a key message on those who love the fight above all else.

I really enjoyed this novella. It took me back in time and made me think about where we may now be heading. Bestwick delivers a fascinating lead character who over the tale we get to know quite intimately and fully behind a battle for survival. Well worth your time!"

Many grateful thanks to both Thomas and Matt for their reviews.

This year has been a productive one, at least in terms of work completed. In February I finished the first draft of the novel I began in the last quarter of 2019; since then I've redrafted it and sent it out to agents, completed the first draft of another book and am currently in sight (I think) of the ending on a third. Whether any of them are any good, or find a home, remains to be seen; right now I'm finding a lot of pleasure and fulfilment in the process of writing. The weird thing is that the rule 'less is more' really seems to hold with me, as far as word count's concerned; committing to a much shorter daily than was the case for years has actually enabled me to write more, as well as (I hope) better. The current WIP cracked the 150,000 word mark last week; with luck it'll be finished before the end of the year, and something new begun.

Finally, I'm involved in something really cool, that's coming up early next month.

The Christmas season is on its way, and - as Lynda E. Rucker's ever-excellent column over in this issue of Black Static reminds us - is the perfect time for the tale of terror. My old friend Joe Freeman decided to put together an online ghost-story reading called Winter Tales, including such authors as Ramsey Campbell and Mark Morris. Benjamin Langley, another of the authors, I'm less familiar with, but I'm looking forward to acquainting myself with his work. Joe also invited me to participate, and there I am, reading my tale In The Shelter, taken from the new Horrific Tales edition of And Cannot Come Again.

Winter Tales will be available to watch from Saturday 5th December at 1pm Greenwich Mean Time, on Joe's YouTube Channel. Here's a trailer for the event: