The Strange Death Of Britt Nordenstam 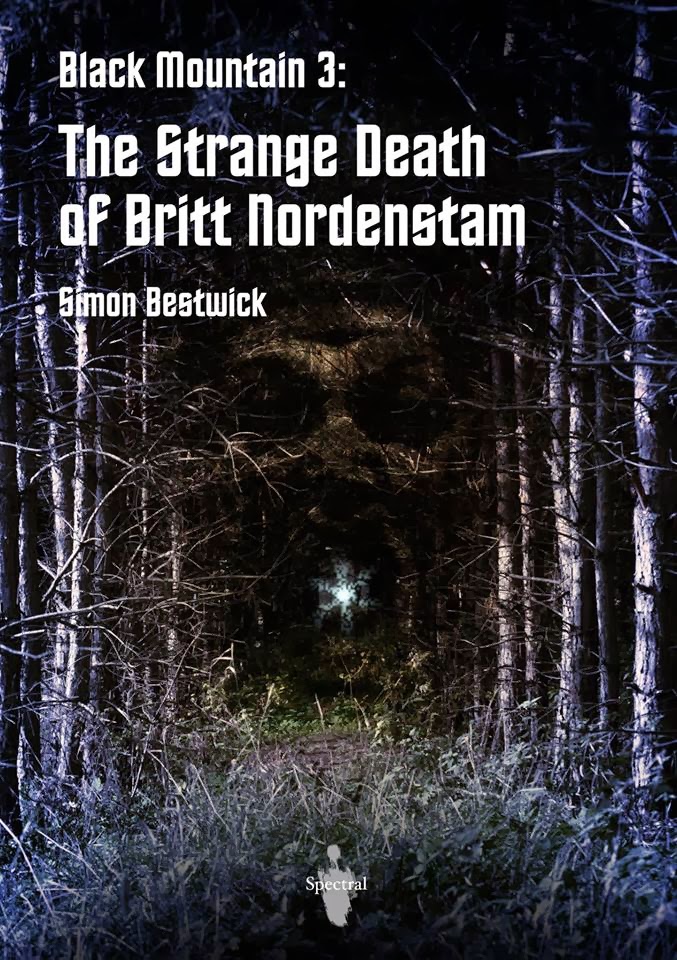 The third instalment of Black Mountain, my serial for Spectral Press, is The Strange Death Of Britt Nordenstam, released at the end of this month.

Once again, the cover artwork is by the immensely talented Neil Williams, who's outdone himself with this stonking cover.

'I could hear him. Not one voice, but dozens. Hundreds. You know your Bible, Mr Ware? ‘Call him Legion, for we are many?’ Many voices, but all one. It was a call and it was beautiful but I could never quite hear it, and I had to. I wanted to follow it. Same as Britt. But it was worse for her, because it was her the devil wanted...

...I could hear it too, and it was calling me up into the pines. Because, you see, Mr Ware, that wood – Coed Capel – it isn’t always as small as it looks. There are places where the pines stretch out and out forever, and the paths through them coil around so you can never find your way back. And the devil’s waiting there for you in them.'

You can download the second episode, The Ghosts Of Hafan Deg, here, and read the first episode, The Red Key, for free here. 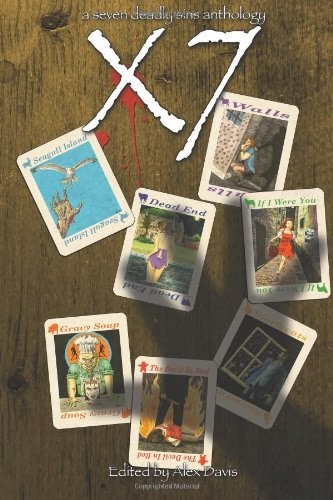 X7 is a slim but punchy little anthology from a new small press called Knightwatch, and is edited by Alex Davis. Its theme? The Seven Deadly Sins...
'We are punished by our sins, not for them' - Elbert Hubbard.
X7 takes you on a sinister, startling and scintillating journey through the deadliest of sins with seven superb horror tales.
In these pages both hero and anti-hero will succumb to sin and reap the results of their behaviour. Be it the gastronomic society that uncovers a unusual delicacy, a brother seeking to become closer to his lost sister, the wrath of a serial killer – and his psychologist – being unleashed or the simple sin of lazing a while by the waterside, this anthology will shock and surprise and equal measure.
Featuring new and exclusive stories from Alex Bell, Simon Bestwick, Simon Clark, Tom Fletcher, Amelia Mangan, Gaie Sebold and Nicholas Royle.
As you can see, it's a bloody good line-up. My own contribution is on the them of Greed, and it's called 'Stormcats.' Here's a quick sample:
'At the bottom of the slope, where a shore of silt and loose stone was forming where the grass had been washed away, lay a tide-mark of straggly fur.
Aaron went down to the water’s edge. Rats, maybe? But he already knew they weren’t.
Cats. All along the shoreline – there had to be thirty or forty of them, washed up at his door. All dead, of course, long-drowned. None, that he could see, still had eyes. Movement in the water – he looked up to see more limp, furred bodies being washed in.
...
He looked down at the cats again, prodded the closest one with his foot.
It moved.
Aaron leapt back. Must be trapped gas, or something inside it, eating it from within. But no; the cat writhed there brokenly, then rolled and rose up on its paws, then looked around and, despite its absence of eyes, it saw him. And when it did, it hissed and arched its spine, the remainder of its bedraggled hair rising on end as it did.
The whole shoreline was moving now, the rest of the cats thrashing back into life and motion – getting to their feet and hissing, arching their backs –
And starting to advance.
Aaron backed away. The ones in the water were moving too. They floundered their way to shore, to join the other cats – the other dead cats – as they advanced on him.'
X7 is available both as a paperback or an ebook.
Posted by Simon at Monday, February 03, 2014 1 comment:

The Ghosts Of Hafan Deg are unleashed! 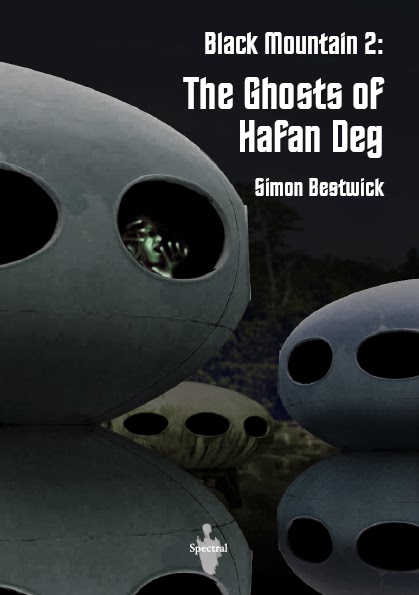 The first instalment, The Red Key, will soon be available as a free download as well. In the meantime, you can read it - also free - here.
Posted by Simon at Sunday, February 02, 2014 No comments: