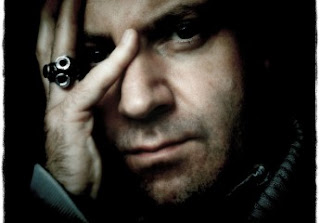 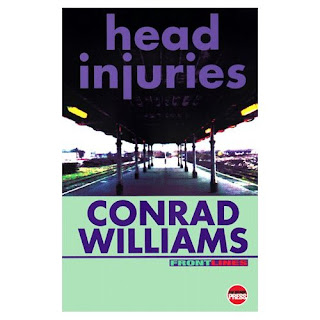 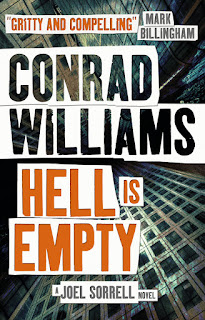 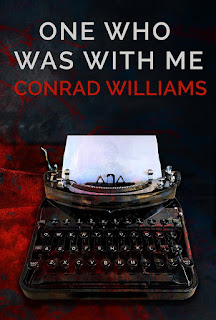 I’ve just finished a ghost story I’ve been tinkering with (slowly) over the past ten years. It was called ‘House of Slow Rooms’ when I mentioned it to you last time. It’s now called ‘One Who Was With Me’ and will be published by Earthling as part of their Halloween series this year. I’m ten thousand words into a fourth Joel Sorrell novel called ‘Catching Up with Dead Men’. And I’m also sketching out a plan for a horror novel called ‘The Backs’, although I’ve been doing that for four years now… I don’t want another decade to go by before I finish this one.
Posted by Simon at Friday, May 29, 2020 No comments:

The Lockdown with... Matthew M. Bartlett 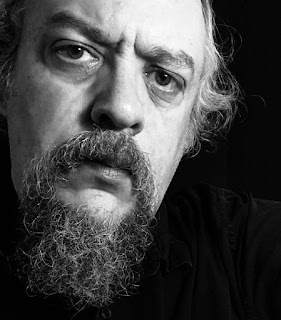 Matthew M. Bartlett is the author of Gateways to Abomination, The Stay-Awake Men and Other Unstable Entities, Creeping Waves, and other books of supernatural horror. His short stories have appeared in a variety of anthologies and journals, including Lost Signals, Vastarien, Year’s Best Weird Fiction Vol. 3, and Ashes & Entropy. He has recorded two albums for Cadabra Records, Mr. White Noise and Call Me Corey, both with backing music by Black Mountain Transmitter. He lives in Western Massachusetts with his wife Katie Saulnier and their cats Peachpie and Larry.

1. Tell us three things about yourself.
I don’t feel comfortable unless I have a pen – almost anything but a ball-point—in my right front pocket.

I am susceptible to excessive sentimentality, though
you might not be able to tell that from most of my writing.

I started out in college as a theater major, but I found the egos of my fellow students overwhelming. 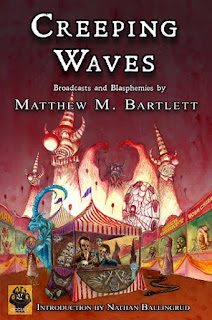 2. Many writers have said the COVID-19 outbreak and the lockdown have made it harder for them to create. Have you found this? Has the
outbreak affected you as a writer and if so, how?
I have found it more difficult, especially in the first few weeks of March. Even before the pandemic, work-stress had taken a toll on my productivity. When the seriousness of the pandemic became apparent, I was almost completely taken up with worry, about my job and the virus and the economy – almost like a mantra of worst-case-scenario what-ifs--and took comfort in distractions like social media (hiding all virus-related posts) and Words With Friends. Plus, I typically write before work, but I had been switched to a schedule that included days when I worked at home. That threw off the self-imposed structures of my mornings. I still was able to complete one story and start several others, and my productivity has begun to climb again, though not to the heights of early 2019, not yet.

3. What was the first thing you had published?
A very short piece from my debut collection. The contract was drawn up before I self-published the book, but the story came out some time after. The story was called Pharaoh. 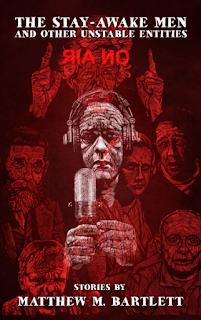 4. Which piece of writing are you proudest of?
Maybe the stories in my collection The Stay-Awake Men and Other Unstable Entities. Those were an homage to my favorite kind of weird fiction, and were not interrelated, as were stories in my other books. But also I’m extremely proud of the short story Rangel, one of the first longish
pieces I wrote, and it ended up in the Year’s Best Weird Fiction.

5. …and which makes you cringe?
I’m not too cringey about anything I wrote except maybe some very naïve “political” stuff I wrote as a teenager—come to think of it, I got one of those published in a punk zine, so THAT was the first thing I had published. I do cringe at the fact that I completely unconsciously stole a phrase from a writer I deeply admire, and didn’t notice it until after the story it was in
was published. 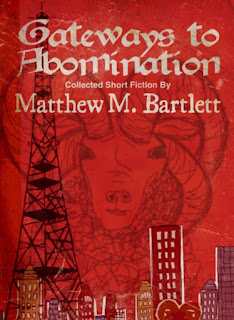 6. What’s a normal writing day like?
I sit down in front of the computer around 7 am and write until I think it’s getting sort of late and I need to shower and get ready for work, usually a half-hour to forty-five minutes of writing/editing/research. Sometimes I’ll write a few paragraphs or pages if I’m at the computer on the weekend and
something strikes me.

Creeping Waves is my longest book, and contains some stuff I’m really proud of. When I wrote that book I was firing on all pistons. It gives a view of my range, and I think people tend to come back to it more than once.

A short story of grotesque eroticism and radio.

Things Of The Week: 22nd May 2020 (Hell Is Children, Kanaida, Winter Fruit, The Teardrop Girl) 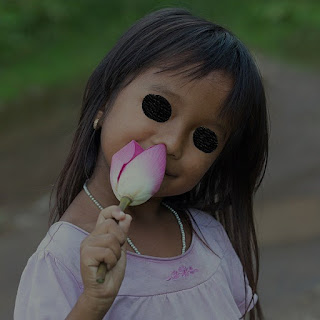 Hi there. Hope you're all weathering the pandemic reasonably well. We're still at home, and I'm still writing stuff. What else is there to do, really?

That includes some new stories. 'Kanaida', a tale of unintended consequences, has just been published over at Unsung Stories online. You can read it here. I hope you enjoy it.

I've also published two new stories over on my Patreon. You can read 'Hell Is Children' (a conclusion I expect a few of my friends with families have come to while on lockdown) either there or on my Ko-fi page. It's also now available as an audio reading.

The second story, 'Winter Fruit', is a grimly humorous tale of an old lady's hard-won peace in the middle of a near-future war. This one's pay-walled - you have to sign up to my Patreon to read it, but at as little as a dollar a month that's good value.

Finally, I've started uploading excerpts from my latest novel, The Teardrop Girl, to Patreon, a mixture of adventure thriller and dark fantasy set in Eastern Europe in the aftermath of the First World War. When marauding troops of the Freikorps murder a young Latvian girl, mysterious forces bring her back to life to hunt down the German commander - a mission that may decide the fate of the world.

The opening chapters of the novel are available for all to read. A second excerpt is also up now, exclusively available to members of my Patreon Book Club.

Hope you're all keeping well, and have a good weekend, folks.
Posted by Simon at Friday, May 22, 2020 No comments: