Apocalypses, Monsters and Airships, Oh My! 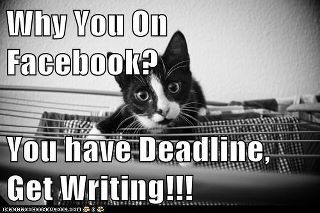 The weather is fantastic here right now, and I'm doing my best to make sure I get out in at least some of it.  At the moment, though, Hell's Ditch is taking up big chunks of my time.

To get the book ready for its early June deadline (at which point it goes out to the beta readers for a last going-over before being sent on to the redoubtable Agent Ring) I'm needing to revise about 20 pages a day, which is double what I'd normally set out to do.  The revisions here are basically to do with reducing wordcount, trimming about 10% in an effort to boil the writing down what what really matters.  As I'm going I'm compiling a list of things, big and small, that will need fixing or changing- anything from the layout of a room to a minor character's development over the course of the whole book to a series of short additional scenes that will need slipping in to build atmosphere.

Hell's Ditch is quite different from my first two novels.  Set in a dystopian and devastated Britain twenty years after a nuclear attack, it has more elements of science fiction in it for a start, and it's the first in a planned quartet of novels.  But it's got plenty of darkness and Lovecraftian horror in it, too.  I wrote the first half of the novel in 2010, but stopped work on it towards the end of that year when my grandmother died.  Funnily enough, as I keep working on the novel I see how it needs, very much, to be about grief and loss and the different ways in which people cope with and survive them.  Or, as the case may be, don't.  (However, it's also about scary monsters, shootouts and explosions, and has a main character called Helen Damnation.  Nobel Prize for Literature, here I come...)

Once that's finished with, I have a collection, The Condemned, which I will need to proofread and- in the case of a couple of stories- make some extensive revisions to.  The Condemned, which will be published later this year by Gray Friar Press, is a collection of six novellas and novelettes, plus a bonus story for buyers of the hardback edition.  After that- I hope to have time to write a couple of new short stories and novels, before moving on to a novel I've been wanting to write for some time.  This one will be another departure for me and the start of another planned series, born out of my fascination with the largest British aircraft ever built- the R101 airship.

Before anyone asks- no, I'm not abandoning horror in search of success.  There is no point in being a writer if you don't tell the stories you want to tell.  These tales have been in my blood for a while now, waiting to get out.  And believe me, there will be horror.  Even on the airship.

That's pretty much the rest of 2012 mapped out for me, then.  The end of the year should see me returning to The Song Of The Sibyl, for hopefully the final and decisive engagement with a novel that's refused to let go of me, even though the writing (never mind the rewriting) of it has probably been the most fraught and complicated project I've had yet!

So- apocalypses, monsters and airships, oh my!  It's going to be a fun year.

Enjoy the lovely weather!
Posted by Simon at Sunday, May 27, 2012 No comments: 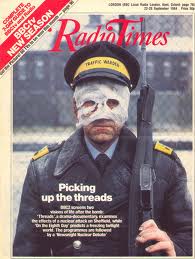 Over on the Horrifically Horrifying Horror Blog, they've got me talking about what scares me.  Never heard of the island of North Rona?  No idea what it's got in common with the old Radio Times cover on the left?  Unable to believe there's actually something scarier than a traffic warden with a gun?  Then click the link, and read on...
Posted by Simon at Thursday, May 10, 2012 1 comment: 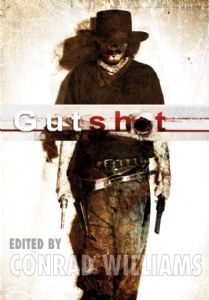 Well, the BFS has published its Shortlist for the 2012 British Fantasy Awards, and I'm delighted to say that my short story, 'Dermot', originally published in Black Static #24 (and now reprinted in Ellen Datlow's The Best Horror of the Year #4,) has been shortlisted in the Best Short Fiction category, alongside work by some very fine fellow writers.

In addition, Conrad Williams' excellent Weird Western antho Gutshot (which features my tale 'Kiss The Wolf') has been shortlisted in Best Anthology.

The short fiction shortlist in full:

In other news: I've finished the first draft of Hell's Ditch.

This Is Horror; These Are Thin Men With Yellow Faces 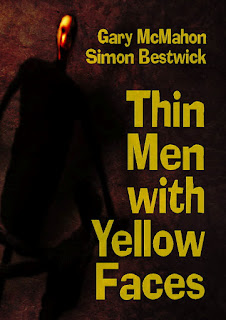 Developing from its original incarnation, Read Horror, Michael Wilson's site This Is Horror offers, in the form of reviews, interviews or flash fiction,an excellent web resource for conoisseurs of the macabre. Now, Michael's adding a new string to his bow: This Is Horror's Premium Chapbook Series.

Did I mention me and Gary McMahon are in it too?

Those of you who were paying attention may remember Gary and I working on a collaboration last year; I'm delighted to announce that our tale, Thin Men With Yellow Faces, will be the second in the Premium Chapbook Series, published this Autumn.

It's the tale of a social worker on the trail of a missing child, who finds herself uncovering grim secrets from Britain's past... and present.  It also features a character by the name of Mr Quill, who you definitely wouldn't want to run into down a dark alley. It's also got a belting cover by the ever-excellent Neil Williams, as you can see.

Very, very happy with this, and very proud to be a part of this new venture.  Thanks Michael!
Posted by Simon at Tuesday, May 01, 2012 1 comment: