In Order Of Disappearance

I've got a new film review up over at This Is Horror, of Hans Petter Moland's In Order Of Disappearance, starring the ever-reliable Stellan Skarsgard.

You can read it here.

The BFS on Black Mountain 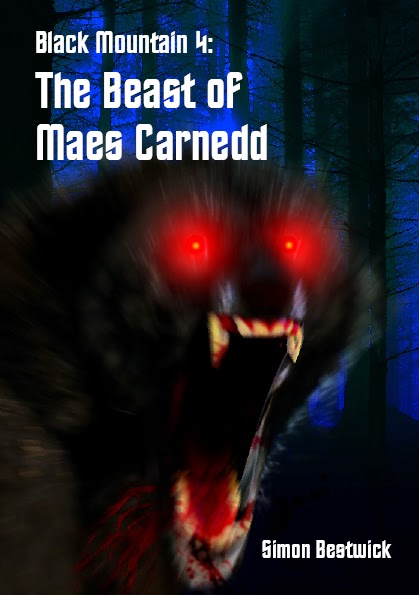 No, I don't mean that the folk who run the British Fantasy Society have been dragged to Mynydd Du and are currently being eaten,/torn limb from limb/driven murderously insane there. Although I'm sure that would make a good short story some time.

Nope - what I mean is that there are not one, but two pieces of news today that relate to both the BFS and Black Mountain. And they go something like this.

David Brzeski has reviewed my little serial novel on the BFS website. The full review is here, but the upshot is basically this bit:

'If anything, the quieter parts—where everything is inexplicably going to hell, and the protagonists have no idea why, beyond blaming each other—are scarier than the gory part, where people get ripped to shreds...  Simon Bestwick does a great job of varying the writing style throughout to suit that of the various narrators in their various periods—assuming, that is, that he did write it, rather than just transcribe them from the originals.'

The second point regards awards eligibility. Being novel-length but in instalments - each one a self-contained narrative - I wasn't sure which category Black Mountain fell in (always assuming, of course, that any of you guys feel like voting for it!) So I emailed the BFS Awards Admin (thank you Steve Theaker!) and this was his reply;

'If the whole novel appeared over the course of 2014, in whatever format, then I'd say it's eligible as a novel in the current awards. The individual instalments would also be eligible as short stories.'

Or, of course, you can vote for something else entirely, as you wish. :)

Thanks for your time, folks, and have a great weekend.

Tales To Terrify: The Children Of Moloch 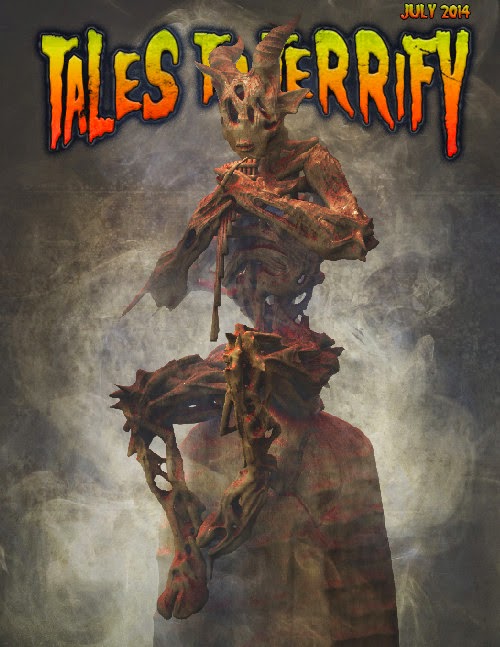 The brilliant Tales To Terrify podcast is out again, this time featuring my story 'The Children Of Moloch'.

Tales To Terrify was originally presented by Lawrence Santoro, who sadly passed away last year. I never had the pleasure of meeting Larry, but I know he was highly rated as a writer and a host - and most of all, as  a person. I'm very proud to be on the show, which is now presented by Stephen Kilpatrick.

It's a story I'm very proud of, but be warned: it's not a story for the easily upset. It is set in a children's home during the 1980s where many of the children are abused by members of the staff, and is, all told, pretty damned grim.

You can listen to it here, free of charge; if you wish, you can make a donation to help keep Tales To Terrify going.

You can read more about Death Rattles here, and buy it here if you so wish.
Posted by Simon at Monday, March 16, 2015 No comments:

As you all know by now, my new novel Redman's Hill comes out from Solaris in December 2016.

I know you must all be sobbing your hearts out in disappointment (oi, I told you yesterday about giggling at the back) so in the meantime here's some bullshit here are some wafflings here are some thoughts and musings on how the book came about, over on the Solaris Books website.

Also, here are some wholly unnecessary pictures of cute hedgehogs. Why? Because I'm awesome like that. Because there isn't any cover art yet with which to liven this post up. And because, really, when you come down to it, there's no such thing as an unnecessary cute hedgehog pic.

Bloody hell: March already. The time whizzes by fast. But I haven't posted because I've had nothing to say, only because I haven't been able to say it...

Well, as you may remember, back last year I intimated I had some big book-related news to break. I've had to bite my tongue while release dates and whatnot were sorted out, but now at last I can say it:

THERE'S GOING TO BE A NEW NOVEL FROM ME!

The novel will be coming out through those lovely people at Solaris Books (you know, those nice folks who brought you The Faceless) and edited by the steady hand of Jonathan Oliver (who you can blame for both The Faceless AND Tide Of Souls.)

Now, I know you're desperate to know what my new book's about (stop laughing at the back), so here's a bit of a blurb:

The suburb of Crawbeck stands on a hill outside Manchester, overlooking the woodlands of Browton Vale. Alice Collier was happy here, once; now her life’s fallen apart and she’s come back.

Standing on the hilltop, 378 Collarmill Road looks like an ordinary semi-detached house. But sometimes, the world outside the windows isn’t the one you expect to see. And sometimes you’ll turn around and find you’re not alone.

John Revell, an old flame of Alice’s, reluctantly comes to her aid. Together they begin to uncover the secrets and legends of the past – the legends of the Beast of Crawbeck and the mysterious Red Man, and the secrets of the shadowy and ruthless Arodias Thorne.

Alice’s house stands at a gateway between worlds, a gateway she and John must learn to open. Because something ancient has been disturbed, and something dark is coming.

Redman's Hill will be released in December 2016. You can read Solaris' press release here.