Sailing The Storm, or the Vanishing Mr Quill 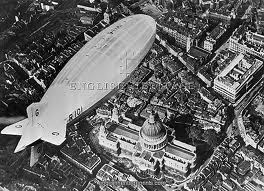 On Monday, finally, I completed the final draft of Riders on the Storm, my novel about the R.101 airship, and emailed it to my agent, the redoubtable Sharon Ring.

Of course, when I say it's the final draft, it's really nothing of the sort. It's the final draft that I needed to do before sending it out into the world; there'll be another draft when my agent's finished reading it, to knock it into some sort of final shape. And if (crosses fingers) a publisher takes it up, it can still expect to be tweaked and massaged some more before it sees the light of day.

And that's fair enough. A good agent, like a good editor, will like your book for what it is, not what they think it should be. Any suggestions they make will be aimed at making it the best it can be.

I don't think anything I've written to date has gone through as many rewrites, as many changes, as Riders has. It's demanded more research than anything I've done before, and has been unlike anything I've previously written. 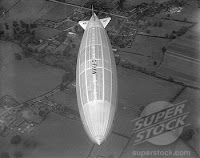 Big changes happened from draft to draft. One of the biggest was the stuff that disappeared; the thing about a big, open-ended series is that you don't have to throw everything at the readers at once. So the whole last third of the novel vanished - it'll form the opening of the next novel in the series, should that ever come to pass. Another disappearance was the novel's antagonist, Mr Quill. You might meet him in a later book. Or you might not. Only time will tell.

It's been a long, strange, journey, but I hope it'll prove to have been worth it all.

To finish off, here's a video that was one of the first things I found when I started combing the internet for information about R.101. It catches the strange magic and majesty of the great airships perfectly, I think. And it ultimately led to me making contact with its maker, Trev Monk, a fellow airship enthusiast, who proved a truly invaluable help in making Riders happen. Cheers, Trev!


Get your own valid XHTML YouTube embed code
Posted by Simon at Thursday, August 01, 2013 No comments: