Things Of The Week 29th January 2021: Horrified, New Novella and A Different Kind Of Light 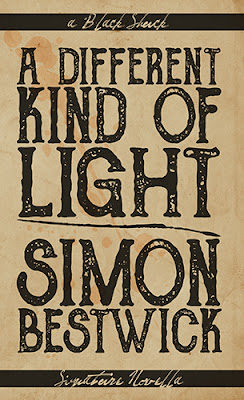 So, another week ends, and the lockdown rolls on. Hope you've all been keeping well.

Meanwhile, at Castle Bestwick, a few little victories have been scored:

I've had my third story acceptance of the year, from those wonderful people at Horrified magazine! 'Low Over Water' will appear there in the near future.

I completed a novella, which I started having hit a brick wall with the novel I'd been working on. It was written purely for fun, so now I need to find it a home. More news on that story (see what I did there) as it comes...

And finally (drum roll), speaking of novellas, I have one now available for pre-order! A Different Kind Of Light will be released by Black Shuck Books on 25th February. If you like stories about haunted films, this is one for you...

I think it's the kind of thing that ought to be celebrated - say, with a party. An online party, of course, but let's face it - where else have we got to go? Details/invites to be posted in the next week.

In the meantime, here's a hint of what to expect:

“I first read about the 1955 Le Mans Disaster over twenty years ago, but I knew at once there was a story to tell.When I learned there’d been newsreel footage of the aftermath, footage so appalling it never saw daylight, I also knew what kind of story: a story about how many of us want to see things we aren’t supposed to, even when we insist we don’t.What I didn’t know was who would tell that story. It took me two decades to realise that it was also the story of two lovers who weren’t lovers, in a world that was falling apart. So finally I began to write, following Ash and Danie into a shadow land of grief, obsession and things worse than death.Now the story’s written. Open this book, and I’ll tell it to you.
And the film will start to play.”
And a few words from Gary McMahon:

"A Different Kind of Light is a fast, headlong race along a dark track towards the pitiless heart of Bestwick's darkness."

Have a good weekend, people. And stay safe. One day this will be over, and we'll be able to hang out with friends or spend an afternoon chilling in a coffee shop again. Or whatever it is that floats your boat.
Till then, let's just keep on keeping on.
Simon x.
Posted by Simon at Friday, January 29, 2021 No comments:

Things Of The Week: 16th January 2021 (Horrified Magazine, Nine Ghosts and A Different Kind Of Light) 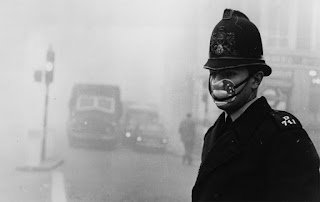 The main event of the last week has been my first appearance in Horrified Magazine! 'In The City In The Smog', a dark and hallucinatory tale inspired by the 1952 London Smog Disaster, was published last week. You can read it here.

I'm going to have two new books out this year, both from Black Shuck: another novella, A Different Kind Of Light, and a mini-collection called Nine Ghosts.

Jonathan Oliver is an award winning editor and writer. Once a former 2000 AD droid, he is best known as the former commissioning editor for Solaris and Abaddon Books. He lives in Oxford with his family and fixes words for money.

Well, apart from continuing to heal from two years of a deeply damaging office job, after deciding to leave genre publishing for a bit (great decision, Jon!), I’ve just about managed to pull myself together in 2020 – with slight sanity wobbles due to, you know, a global pandemic – and that lovely chap at Black Shuck Books, Steve Shaw, agreed to publish my debut collection, The Language of Beasts.

The collection comprises around 10 years of short stories, most of them previously published. I’ve been writing for a lot longer than that, but these tales feel to me like the strongest I’ve written to date. Originally the collection was picked up by ChiZine, but then… you know, things happened, and I had to get my rights back. Thankfully that wasn’t too big an issue. I remember Steve saying to me at Fantasycon in Glasgow that he would have been pleased to have published the collection, so I offered it to him, and we were back in business. Steve is wonderful to work with and hugely accommodating, especially as I chose the cover design. I used to hate it as a commissioning editor when authors would say, “I have this mate who’s great at covers…” Fortunately my mate is Simon Parr who used to be Head of Design at Rebellion, so I knew he would knock it out of the park.

3) Tell us about the process of how you created it.

It got to the point where I realised I had enough for a collection, and that some of it was good enough for a collection. So, I looked at the stories on my PC and winnowed it down to the best ones. Then I put them together, got the brilliant Sarah Lotz to write an intro, managed to gather brilliant blurbs from authors I loved, and then sent it out and waited... and waited… It took about 3 years for it to finally find a publisher. Then that publisher had its… issues, and then Black Shuck came along, and I couldn’t be more delighted to be in such fine company.

4) What was your favourite part of the process?

I’ve never found writing easy. I always have to drag myself away from life’s distractions, and then it’s a fairly drawn-out process. I’m terribly undisciplined. My favourite part is having written and having something I’m pleased with. Also, seeing the finished book in your hand is a big thrill. Getting Simon to design the cover and the ease of working with Steve made the publishing aspect all rather easy and agreeable. 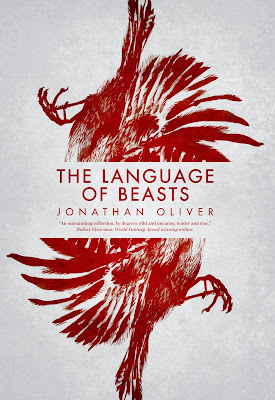 5) What was the toughest part of it?

The self-doubt, the anxiety – all the usual author quibbles. The deal with ChiZine turning sour was a bit of a bugger to say the least, especially as so many good friends were wrapped up in the messy fallout. Choosing a running order is a bit of an art too, I think, and took a while. Really, though, I have very little to complain about.

6) Is there a theme running through it?

Those who know me well will be fairly unsurprised that religion, issues of faith, and vicars crop up more than once. It’s hard to pick apart what the major themes are, though, as I don’t analyse myself to that extent. That’s the readers’ job.

7) If you had to sum this story up in three words, what would they be?

8) Where can/will we be able to get hold of it?

You can get the lovely hardback from Black Shuck Books, and in all the usual online book retail venues (which don’t have to include Amazon). 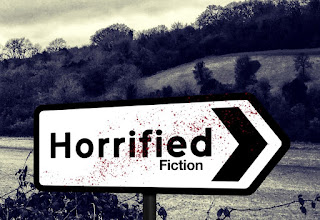 Well, here we are, a week into 2021, and the world's slide into madness has
continued unabated. But, at least in the strictly personal sphere, there've been a few positive developments.

I'm delighted to announce I've had two short stories accepted for publication in Horrified Magazine. 'In The City In The Smog' and 'In The Service Of The Queen' will appear in the near future. Further details will follow when I have them.

In addition, as a few final 'Best of 2020' lists surfaced in the first week of the New Year, I was delighted to find myself name-checked in a few of them. 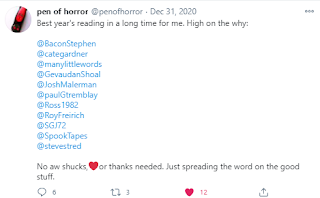 Over on Twitter, I made Pen of Horror's list of writers who'd made 2020 their 'best year's reading in a long while', alongside Josh Malerman, Stephen Graham Jones, Paul Tremblay, my own awesome Cate Gardner and many others, while Ian Duff's '10 Books I Really Enjoyed In 2020' listed Wolf's Hill alongside Ramsey Campbell's The Wise Friend, C.J. Tudor's The Other People and Nick Cutter's The Troop, to name but three. 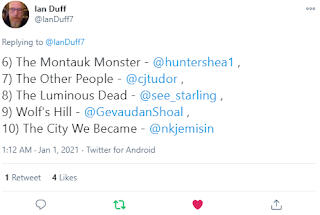 On Facebook, meanwhile, Ross Warren listed his highlights of the year,
which included Roth-Steyr.

And last but far from least, Jay Whittle published his Four Star Plus Club 2020 - all the books he read last year that he rated as four or more stars out of five. Only one title gets five stars: my Dark Minds Press collection A Love Like Blood. 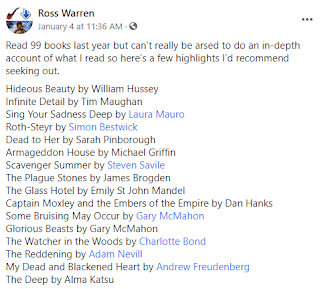 "Both stories are typically bold in subject matter, with relentlessly ramped up foreboding which pays off in cathartic, climactic closing scenes. The first sets such an impossibly high bar that the next seems certain to be a disappointment, only for the second to match or even surpass it. Either would have been worth five stars on their own."

That last one means a great deal. A Love Like Blood was a title that really seemed to have sunk without trace, but I'm incredibly proud of both the stories in it.

None of these are big awards shortlists, or 'Best Of' lists published by major genre magazines or websites. They're just the opinions of people who read. Some of them write, or edit, or publish as well. But most of all, people who read.

And it means one hell of a lot.

It means there are people out there who like what I do, and would be happy to see more of it.

I've spent a lot of time in the past year focusing on the big goals: getting a new agent, breaking into a wider readership and all the rest of it. And I'll still be striving for that. But I'm also going to remember how precious it is to be published at all, to have any readers at all. To know I've made a connection with somebody, and that I'm not just screaming into the void.

Anyway, have a good weekend.

As for me, I've writing to do.

It would be rude not to oblige them.