Black Mountain 8: A Lake Of Fire 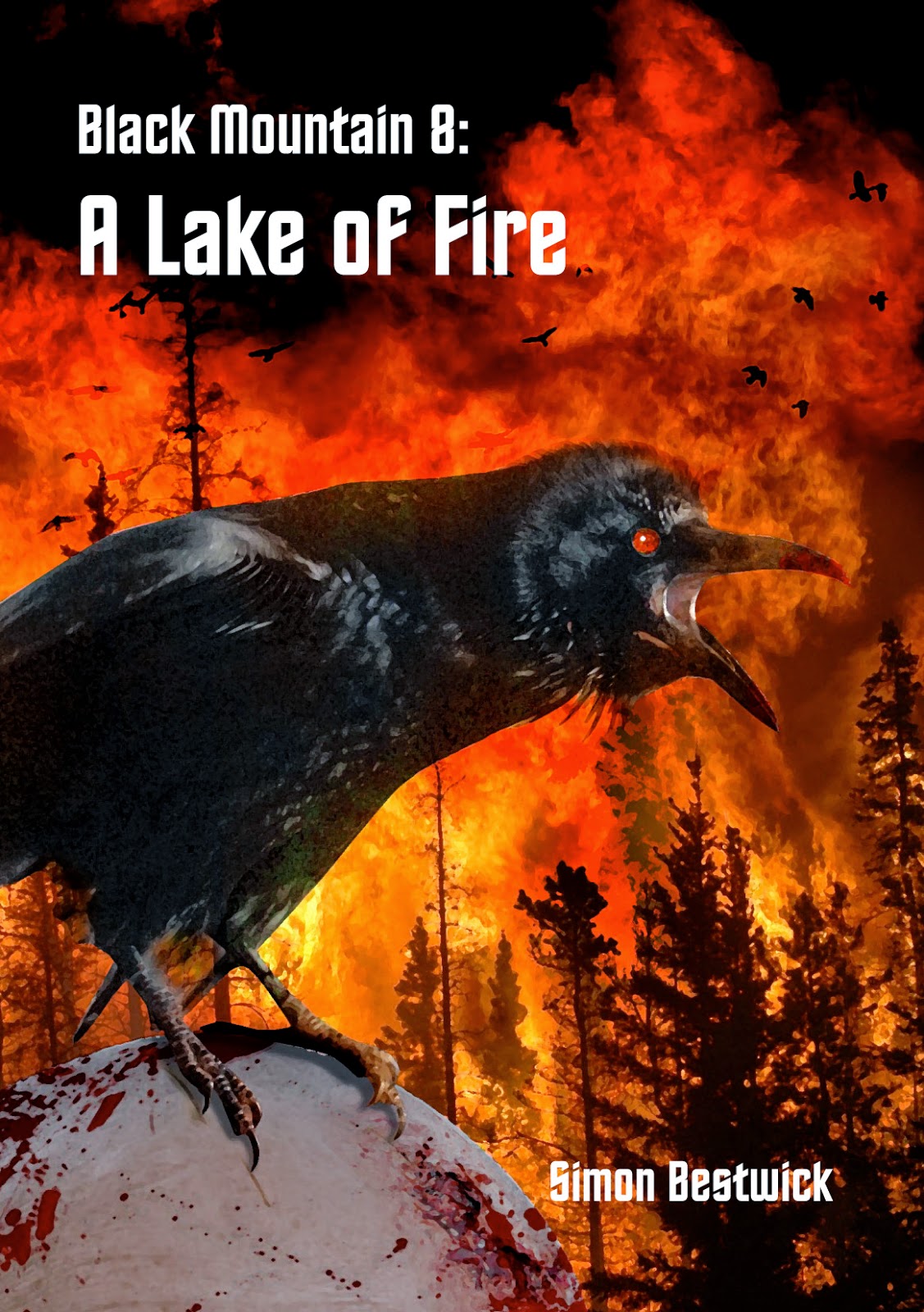 August already, and episode 8 already! Except for the first two episodes, each instalment of Black Mountain has been in excess of 10,000 words: the total word count to date now stands at 73,480 words, so it's officially a novel.

And there are still three more to go. But... only three episodes? It hardly seems any time ago since I first pitched the idea to Simon Marshall-Jones at Spectral Press. And yet here we are. It seems to have worked out well thus far - it's sold well, Simon M-J loves the story, and Spectral will now be making serials a regular thing, with James Everington's The Quarantine City up next.

Anyway, on now to A Lake Of Fire, the latest episode, which takes us back into Mynydd Du's dark past. As ever, the cover art is by Neil Williams, whose work on this series cannot be praised enough.

'In the middle of a large clearing among the woods there stood a firepit, and a stone altar. A great fire was already raging in the pit; the altar itself was foul with blood, both old and fresh.

The villagers filled the clearing, dressed in white robes. Also present were the last survivors of Eleanor’s party. At a signal from – presumably – their priest or chief, one of these unhappy wretches was dragged to the altar and held down whilst worshippers armed with heavy stone knives practised atrocious acts upon him. The victim was mutilated, disembowelled and dismembered – his limbs cut off and his innards ravelled out, and more beyond this, such stuff as we would hesitate to inflict on the foulest of criminals. The victim was kept alive throughout, up until the final moment when his head was hacked from his shoulders. And throughout all this the robed figures continued to chant their dreadful liturgy...'