Things of the Past Week: Body Shocks, Best Horror of the Year #13 and the return of Black Mountain 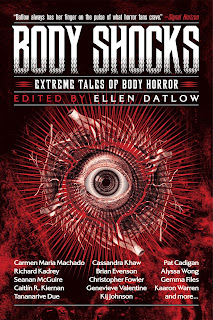 'Mynydd Du will rise again,' I promised my blog readers all the way back in 2016, when I withdrew Black Mountain from Spectral Press. And, at last, it has.

But more of that anon.

'Welcome to Mengele's' was written in 1998, when I was twenty-four years old. The story is now almost as old as I was when I wrote it. One of those realisations that makes you stop in your tracks for a moment.

The reviews for Body Shocks have been great so far:

"Brings outstanding narratives about pain and transformation together to offer a great introduc­tion to a subgenre that’s here to stay." (Locus)

Body Shocks "delivers... epically on its promise to deliver 'extreme tales of body horror'," says Sadie Hartmann in her review for Tor Nightfire, and adds of 'Welcome to Mengele's': 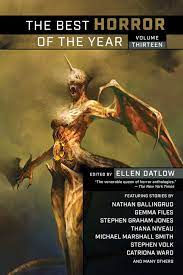 And Publisher's Weekly concludes their starred review of the anthology with: "Simon Bestwick’s bizarre alternate history “Welcome to Mengele’s” takes readers into a Nazi doctor’s movie theater where patrons watch their sickest fantasies play out on screen. These wholly original and truly chilling tales are not for the faint of heart."

This week saw the release of another Datlow anthology, the thirteenth in her annual Best Horror of the Year series, which includes my tale 'A Treat For Your Last Day'. It marks my fifth appearance in the series. It also boasts an outstanding cover by Reiko Murakami.

Finally, as promised, we return to Black Mountain.

The original eleven-part ebook serial has been revamped into a single-volume edition from the superb Italian imprint Independent Legions Publishing, charting the eerie and unexplained happenings of the 'Bala Triangle', centring on the mysterious crag known as Mynydd Du, or Black Mountain. Those who probe its mysteries too far often come to grief - including, perhaps, the readers of the book... 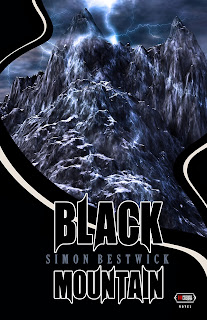 "I had to put the kindle down at one point, so effective - and downright scary - was the imagery being presented," said Dark Musings of the original serial. The new edition is available both in ebook and in print from Amazon.

I'm hugely grateful to Alessandro Manzetti of Independent Legions for giving Black Mountain a new lease of life. Alessandro's work, incidentally, also grace the pages of Best Horror of the Year #13, in the form of his poem 'Bloody Rhapsody'. Thanks also to Karen Runge, who edited the new version for publication.

I hope you'll want to visit. If you're undecided, here's a taste of what to expect. As well as the stunning new cover art by JumalaSika Limited, it also features some of Neil Williams' artwork from the original series. I'm enormously grateful to both of these artists for helping bring my work to life.

Now settle back and watch the trailer...