The Lowdown with... Rhys Hughes 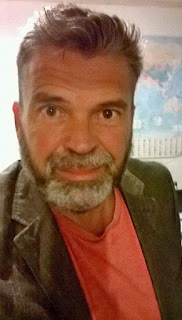 Rhys Hughes was born in 1966. Tartarus Press published his first collection, Worming the Harpy, in 1995, and since that time he has published more than thirty other books. His fiction is generally fantastical and his output mainly consists of short stories, though he has published several novels. His work is frequently compared to that of Boris Vian, Flann O'Brien and R.A. Lafferty (whom he has never read), but he persists in citing his major influences as Italo Calvino and Donald Barthelme. His three most recent books are the collections Bone Idle in the Charnel House (Hippocampus Press), Orpheus on the Underground (Tartarus Press) and Mirrors in the Deluge (Elsewhen Press). His next book will be another collection Brutal Pantomimes (Egaeus Press) but he has also been commissioned to write a novel that is a sequel to Georges Bataille's notorious Story of the Eye. He regards author biographies, written in the third person by the authors themselves, as absurd but accepts them as part of the process. He is a disorganized fellow at the best of times. At the worst of times he is still disorganized. That's consistency, which is a form of organization. Obsessed with paradoxes, he incorporates them into his fiction as entertainingly as he can. 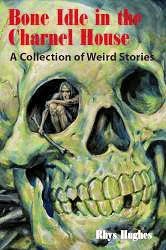 I play the drums in a Latin music club on Sunday evenings. That’s one thing about myself I am more than happy to mention. It’s not just Latin music actually, there’s lots of African input too. I am slowly improving my technique. I learned to play the darbuka and I’m trying to adapt the rhythms to the congas, with mixed results. The dancing is good fun too, very uplifting. A second thing about myself I could mention is my love of climbing, though this year I have done very little. Mountain peaks have a profound appeal for me. A third thing is that I speak Esperanto. One of the least useful languages in the world, but I was determined to learn, for idealistic reasons. It’s an easy language.

When I was younger I seemed to have many hobbies and enough time to do all of them. Somehow the hobbies slipped away from me one by one and the days started racing past faster and faster and when I think about what I actually do in a typical day now it seems absurdly little. I get up early. I drink coffee. I work. I might visit a friend or go running on the beach. Then night has come and it’s bedtime. 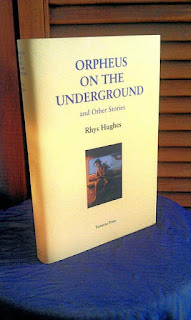 A chess problem in The Independent newspaper back in the summer of 1988. I am not sure if that really counts. I subsequently wrote several chess problems for that newspaper and then started writing ‘brainteaser’ puzzles for The Sunday Times. Payment was something like £70 for a puzzle, which back then wasn’t too bad. I also remember having a poem published in The Independent and being paid in champagne instead of money, I don’t know why. I’d wanted to publish my fiction since I started writing it but I didn’t know how the business operated. I didn’t know any writers or even anyone who wanted to be a writer. I didn’t know how to submit to fiction magazines or publishers.

The writing world was a closed world back then with no obvious way of entering it. This was long before the internet, or at least before the internet became familiar to the general populace, and the modern ability to easily connect with writers, editors and publishers would have seemed little short of miraculous to me. I had worked in isolation since I began writing fiction when I was 14 and I fully expected it to continue that way. The puzzles I did for the newspapers were a dead end, but I did smuggle some fantasy scenarios into the ‘brainteasers’. Eventually I discovered the small press by chance. I wandered into Forbidden Planet one day, picked up a copy of Interzone, flicked through it and at the back I saw adverts for lots of magazines soliciting fiction. At the time I didn’t realise they were amateur efforts rather than real magazines.

I mention all this because although the writing world is tough at the moment for new writers in the sense that so many paying publications are closing down, it wasn’t so great in the past either. The disadvantages of the pre-internet days were massive. The support networks weren’t really there, or rather they were often hidden and inaccessible to a new writer. If you didn’t live in a city, if you weren’t part of a scene, it was all too easy to be cut off from the writing world altogether. A lot of potential talent was surely lost because of this. My first published story, by the way, was called ‘An Ideal Vocation’ and was very short. 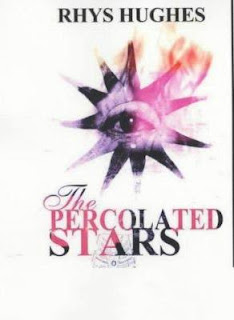 Probably my novel The Percolated Stars, which was the second novel I wrote but the first to be published. It really expresses everything that I wanted it to express, and in the way I wanted it expressed, and there’s an extra quality to it that I can’t easily define. I wrote it as the opposite of a bildungsroman. I wanted the protagonist to learn absolutely nothing from his experiences, in fact for the very concept of ‘experience’ to bend to him. In a sense the main character and the universe face each other in a staring match and the universe blinks first.

I was also able to hurl into this book my love for corny pulp props, miniature solar systems, mad inventors, bathyspheres, ornithopters, etc, and I made it a political and philosophical satire. It became a cult book, but the problem is that the publisher who issued it was incompetent, the sort of publisher who doesn’t pay authors, doesn’t promote the book, is an amateur at layout and design. The ebook version is the one to buy at the moment, but with luck the novel is going to be reissued next year as a hardback by a respected publisher in the USA. 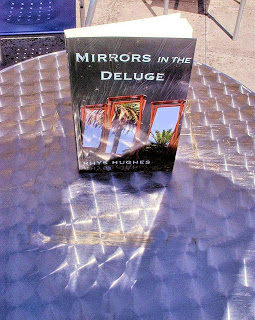 Some of my early efforts to write erotic fiction and poetry are the pieces I least enjoy reading. I tried for a lyrical style full of extended metaphors that are so far removed from the urgency and clarity of true eroticism that they are not just absurd but embarrassing. There are passages in those stories that make me do that odd wincing thing where you sort of twist and contract into yourself and one of your legs goes up in the air and you make a Frank Spencer face. I really ought to rewrite them one day. Most were never published, thank goodness.

I feel the same about some of my non-sexual love stories. There is nothing worse than reading your own words in a book and realising that you are an agent of weepy boo-hoo, a facilitator of soppy buffoonery, and not the tragic lightning-illuminated romantic you thought you were. Less Goethe and more mawkish twerp. The fact that some readers will define you as ‘sweet’ as a result makes it worse. I’ve learned that to write a love story without wincing later, I must adopt a tone that suggests no personal involvement but one that is magic realist rather than detached. The torrid can be safely distancing too, if handled correctly. 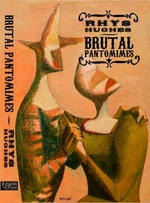 I prefer working in the morning to working late at night. Sometimes I will burn the midnight oil, especially if I have a pressing deadline, but usually I get up early, brew coffee and then start writing. Having said this, I have been known to write at any time in any place with whatever materials I happen to have near at hand. When I lived in Spain, I hiked across the Alpujarras hills into the Sierra Nevada mountains and although I slept out in the open and had almost no facilities at all, I still managed to write a novella. I have written in hotel rooms, on trains, airplanes and the decks of boats. One thing I haven’t done, however, is write at night standing on a pavement, under a streetlight, as the penniless writer in Knut Hamsun’s novel Hunger is forced by necessity to do.

My rate of production has slowed down, as I knew it had to. It may pick up again next year. My most productive year was 2010 in which I wrote 240,000 words of fiction. I doubt I’ll ever equal that total again, but who knows? It’s not just a question of quantity but of completing planned projects. I tend to get a lot of ideas for stories all the time and these ideas won’t leave me alone unless I embody them into stories. Then fresh ideas come. So I am prolific not for its own sake but to get onto the page what is insistently shaking the shoulders of my mind, for if we have a mind’s eye I don’t see why we can’t have mind’s shoulders too. The ideas keep shaking those shoulders and thus I am compelled to write. The fact I have slowed down is a good sign, in my view.


6. Which piece of writing should someone who’s never read you before pick up first?

I am going to say The Truth Spinner or Tallest Stories, both of which are absolutely typical of what I do and yet perhaps more accessible than some of my other books. Both are linked story cycles that resulted from a clash of order and chaos. They formed organically, without any initial schema, and the end result in both instances surprised me. Those are print books but if you like ebooks I would recommend The Million Word Storybook, which came out a few months ago and is surely the longest single author collection ever produced. It consists of exactly 365 stories, one every day for an entire year, and it also comes in two editions, male and female, that differ in their contents by 10% of total material. The differences between the two editions are random, to stress the fact that the differences between men and women are really quite minor. This collection incorporates one third of my output so far and spans my entire career as a published writer, which happens to be quarter of a century.

I always work on many things at the same time. It’s very rare that I will focus on just one work. Next year I plan to resume work on a novel that has been in hiatus for over a decade and also to engage again with three or four novellas that have been gestating for a long time. I’ll concentrate on longer work in 2016. But at this very moment I’m finishing a brace of short stories, one of which is the final story for a tribute book to authors I admire, which should be due out next year. I’m also planning a series of linked tales about the dog Cerberus and his reminiscences of some of the souls that passed him on their way to the underworld. I hope to collect the finished tales into a book that will be called Down Cerberus! But we shall see if this happens. There’s never enough time.
Posted by Simon at Monday, February 08, 2016

Did you know you can shorten your long urls with Shortest and get money for every visitor to your shortened links.

Professional trading signals delivered to your mobile phone every day.

Start following our signals NOW and profit up to 270% per day.