The Lowdown with... Gemma Files 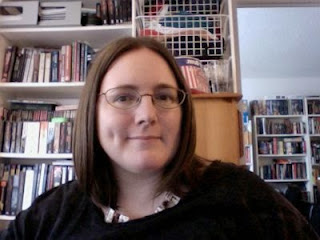 Former film critic, teacher and screenwriter turned award-winning horror author Gemma Files is probably best known for her Weird Western Hexslinger Series (A Book of Tongues, A Rope of Thorns and A Tree of Bones, all from ChiZine Publications), but has also published two collections of short fiction (Kissing Carrion and The Worm in Every Heart), two chapbooks of speculative poetry and a story-cycle (We Will All Go Down Together: Stories of the Five-Family Coven). Her latest book is Experimental Film. 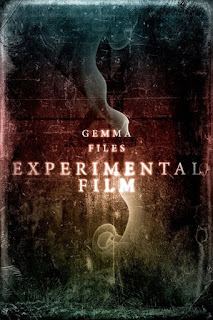 Tell us three things about yourself.
I sing in a choir—the Toronto Echo Women's Choir, which does mainly world and folk selections with a smattering of religious music, which means that over the last five years I've been able to perform on arrangements of stuff by Hildegard von Bingen, Sweet Honey in the Rock and Le Mystere des Voix Bulgares. We once sang an entire number in Middle English, which was fun. My husband, my son and I are just about to travel to Australia and Tasmania to visit my Dad, who my son hasn't seen since he was six or so; my son has Autism Spectrum Disorder and it's his first airplane trip ever, so it'll definitely be interesting. Finally, I am officially old enough that I saw the original Star Wars trilogy both in the theatre and completely unspoiled—A New Hope when I was nine, The Empire Strikes Back when I was eleven and Return of the Jedi when I was thirteen. Here's a link to ten hours of the Imperial March; you're welcome. 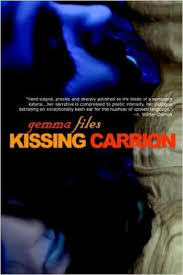 The first thing in my bibliography is “Mouthful of Pins,” which I sold to Don Hutchison's Northern Frights 2 in 1994. I still consider that my first professional sale. Actually, however, I sold a poem called “Earthquake” to Cricket magazine for $25.00 and a copy of the book Bunnicula back in 1980, again when I was eleven. Its final stanzas read: Your lungs are crushed by gasping breath/You do not see the ending cleft/You hurtle to an unknown death.

I would have to say my most recent novel, published in November of 2015 by ChiZine Publications. It's called Experimental Film. 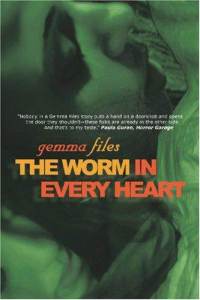 You know, there are a lot of stories I published at the very beginning of my career that need a bit of pruning and repackaging, but I don't feel bad about them, per se. I feel like they were what they needed to be at the time.

A good writing day begins with two cups of coffee, seeing my son off to school, then planting my bum somewhere for about five to six hours and hammering out 500 to 1,000 words without too many Internet breaks in between, usually while listening to music on my phone. My process involves taking a lot of notes, especially during the non-writing portions of the day—while in transit, while doing chores, etc.—so I often start out by going through those, transcribing what I find there, then trying to organize them into the text of whatever I'm working on right now. The notes themselves vary wildly; sometimes they're mainly prompts, but sometimes they're full chunks of dialogue or description which barely even need to be polished. And sometimes I totally forget I jotted them down in the first place, so that's always exciting. 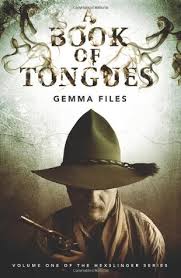 A lot of people tell me they were first introduced to my work either through “The Emperor's Old Bones,” which won the 1999 International Horror Guild Best Short Fiction award, or “each thing I show you is a piece of my death,” which I co-wrote with my husband, Stephen J. Barringer. Both are, conveniently enough, available on the Internet! Just Google the titles and go to town.

At the moment I'm working on two short stories and a novella, but also on what I hope will become my next novel. The latter is about female friendship and poison, not necessarily in that order.