The Lowdown with... Haralambi Markov 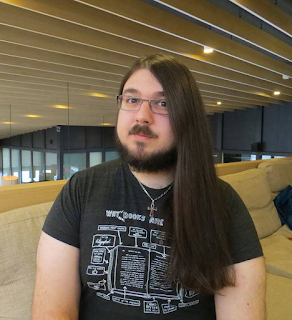 Haralambi Markov is a Bulgarian critic, editor, and writer of things weird and fantastic. A Clarion 2014 graduate, Markov enjoys fairy tales, obscure folkloric monsters, and inventing death rituals (for his stories, not his neighbors…usually). He blogs here and tweets here. His stories have appeared in Geek Love, Electric Velocipede, TOR.com, Stories for Chip, The Apex Book of World SF 4 and are slated to appear in Genius Loci and Upside Down: Inverted Tropes in Storytelling. He’s currently working on a novel.

Give me food and you’ll have my undying loyalty even if you need to dig an unmarked grave.

I have a weakness for fairy tales and folklore, so much so I’m flirting with ideas for a PhD in the field.

Apart from Bulgarian and English, I also speak German though I’ve grown rusty as I don’t have many reasons to practice. 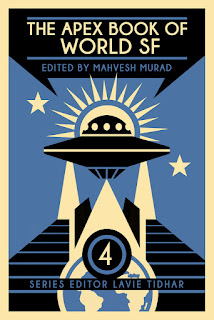 In 2012, Lavie Tidhar was kind enough to publish “Cosmic Love” over at the World SF Blog – a short story about a constellation who came to Earth to find the human man who serenaded her each night. At its heart, it’s about a missed connection and it’s very innocent even though it doesn’t have the ending you’d expect.

Right now, I’m equally proud of “The Language of Knives” available at Tor.com, because I finally found the story behind an image that’s haunted me since 2013 – baking a dead person into a cake, and because it’s my first story to be translated in Spanish, Italian and Bulgarian.

The other story is “The Town the Forest Ate” in the soon-to-be-released Genius Loci edited by Jaym Gates, because it’s the first pure, successful horror story I wrote and it’s based on Bulgarian folklore, which has helped me reconnect with my cultural roots a lot.

It’s a story that’s not been published but I’ve submitted it many times before rereading it and establishing it’s just pure drivel. It’s a mystical male pregnancy story with mythical creatures competing to deliver this magical messiah child. The current draft is unsalvageable and I have yet to find an approach to make the elements work in a concise format.

I outline what I want to happen on the page, I visualize it and then I draft long-hand. I’m one of the slow writers, so a good day for me would be 1000-1500 words – not because I don’t have time, but I don’t have space enough in my head to carry more of the story as I go. Early morning is when I’m most focused, so I try to get my writing done early. 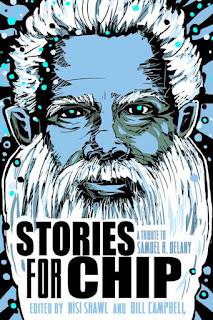 “When Raspberries Bloom in August” published at Weird Fiction Review serves as a good introduction on the balance between the tender and horrific in my work. It’s a relationship I explore in all my fiction, but this is where it’s most joyous and light. It’s also a love letter to my summers with my grandparents in rural Bulgaria.

I’ve put short fiction on the backburner for a while and I’m revising a novel at the moment. “The Mythology of Us” that tells the life story of the characters that appear in my short “The Language of Knives”. Since the short story takes place so late in the life of my protagonist, I have a lot of room to weave a complex mythology surrounding his life as part of the Sacred Lovers who end up writing and fulfilling a prophecy of their own.
Posted by Simon at Sunday, February 14, 2016