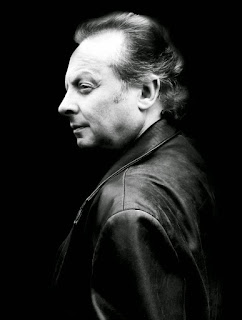 Stephen Laws is a full-time novelist, born in Newcastle upon Tyne. Married, with three children, he lives and works in his birthplace. The author of 11 novels, numerous short stories, (collected in THE MIDNIGHT MAN) columnist, reviewer, film-festival interviewer, pianist and recipient of a number of awards, Stephen Laws recently wrote and starred in the short horror movie THE SECRET. 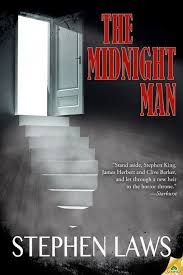 (a) I'm a horror novelist/writer;
(b) I'm a Geordie; and
(c) horror actress Barbara Shelley likes to eat bowls of crisps on our family sofa while watching 'Strictly Come Dancing'.

If you mean the first thing I was paid for, then it was my first novel GHOST TRAIN. Prior to that I'd had a couple of stories in community magazines - then won a newspaper competition prize (no cash, but the prize was an electric typewriter) and also a BBC Rediffusion award for a story broadcast on radio called 'Yesterday I Flew with the Birds' (no cash - no prize). 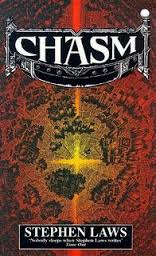 Impossible to choose. The old cliche applies here about not being able to choose a favourite child from a large family of children. But I'd been aiming towards a horror epic for many years - and was pleased with the way that CHASM turned out (now in its complete and unexpurgated form in ebook via Samhain). That's not choosing it above the others, though!

Fortunately, no one's seen the drawers full of material that I wrote before first being published. I haven't the heart to throw it away, but it won't see the light of day.

These days it's 9.00am to 12 noon. Two until four. Ten to midnight and beyond depending on domestic family circumstances. But that can vary if a deadline is approaching.

Read my short story collection THE MIDNIGHT MAN - then read each of the
novels in order.

I'm working on a transcription of 25 years worth of interviews with horror, fantasy and science fiction genre figures (many undertaken as a host interviewer at the Manchester Festival of Fantastic Films), interspersed with personal anecdotes and reminiscences - entitled LAWS OF HORROR.