The Lowdown with... Dave Sivers 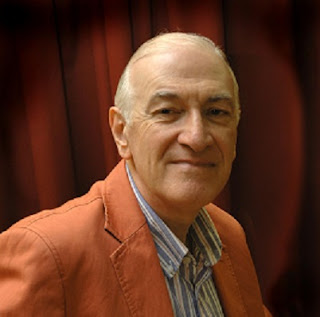 Dave Sivers grew up in London and his early writing career included freelance journalism and some TV and stage material.

His first published novel was A Sorcerer Slain, the first in the Lowmar Dashiel crime fantasy series. His first contemporary crime novel, The Scars Beneath the Soul, was published in May 2013, and the sequel, Dead in Deep Water, followed in July 2014. His latest novel is Evil Unseen.

Dave lives with his wife in Buckinghamshire.

1. Tell us three things about yourself.
Right. First of all, I write crime fiction, which includes my Archer and Baines series about two detectives based in Buckinghamshire’s Aylesbury Vale, where I happen to live. Second, I have written quite a bit of other stuff, including a 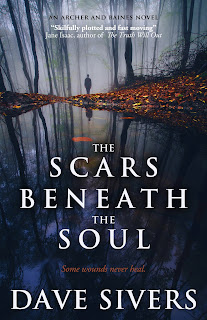 Nativity musical for which I wrote 12 original songs. Thirdly, I thought I’d share something not many people know about me, but I’m gradually running out of those as I share them in interviews like this. Here goes, though: Peter Green, formerly of Fleetwood Mac, once invited me to jam with him. You’ll have to ply me with wine to get the details.

3. Which piece of writing are you proudest of?
That’s difficult, so naturally I’m going to cheat. I’m very proud of The Scars Beneath the Soul, my first Archer and Baines novel, because it really took my writing career to a new level and I’ve had so much lovely feedback on my two main protagonists. I’m also pretty proud of A Sorcerer Slain, a hybrid private eye/sword and sorcery novel that I still think was pretty original, and is loved by those who get it. But funnily enough, one of the proudest moments of my life was writing and directing ‘Mary! A Nativity Musical’. Only about 200 people saw it in my local church, and Judith Sheridan (who co-wrote the music with me) and I have yet to get together to see what else we can do with it. But seeing something like that brought to life by singers, actors and musicians and giving people pleasure was an amazing thrill. 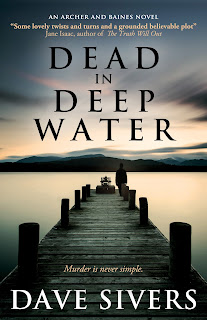 4. …and which makes you cringe?
Oh, easy. In my late teens I decided to write an epic fantasy trilogy. Suffice it to say I was in the very early stages of learning my craft. Thank God I never finished it or sent it anywhere. My parents stumbled on the manuscript years later and I was appalled at how diabolically dreadful it was. But I dare say Van Gogh painted some dire stuff in his early years. Don’t you think? 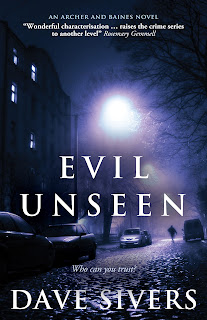 There’s really no such thing. I gave up the day job a few years ago, but still have a part-time role with no set pattern, and I have an allotment that always needs something doing and is a weather-orientated job. Most weeks have some ducking and diving involved. I try to do about an hour every day before breakfast and I also try to work a solid 3-5 hours into at least one day in my week. The rest is shoehorning writing into spaces where I can find them. Fortunately, I am happy writing at any time of day.

6. Which piece of writing should someone who’s never read you before pick up first?
The Scars Beneath the Soul kicks off the Archer and Baines series and is still my best-selling book,with a decent number of good reviews under its belt. People like the books not just for the mysteries, but also for the story arcs of the two protagonists.

7. What are you working on now?
I have the third Archer and Baines novel out with beta readers at the moment and have made a start on book four, which I’m very excited about. [EDIT: IN FACT THE NEW ARCHER AND BAINES NOVEL, EVIL UNSEEN, IS OUT NOW! AND YOU CAN BUY IT HERE.]
Posted by Simon at Friday, February 05, 2016