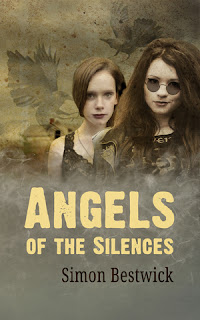 So, it's been a week of mostly nice things.

One exception, of course, being DOING MY TAXES. (Hisses, brandishes crucifixes and garlic at the HMRC website.)

Not really the HMRC's fault. My brain starts melting when I try to figure out the wording of the various questions I have to answer, augmented by the fact that the wrong answer could lead to fines and Lord knows what else.

Still, it got done. Now, of course, for the biting of nails in fear I got/did something wrong.

Yesterday was the 30th anniversary of the Space Shuttle Challenger disaster. I've got to say, that pulled me up short. I was in my first year at secondary school. Can't remember when exactly I heard the news - off my parents, off someone at school, or off Newsround in the afternoon. The men and women of the Challenger weren't the first fatalities of space travel, of course: before them there'd been Vladimir Komarov (Soyuz 1, 1967), 'Gus' Grissom, Edward White and Roger Chaffee (Apollo 1, 1967) and Georgy Dobrolovsky, Vladislav Volkov and Viktor Patsayev (Soyuz 11, 1971.) (There'd also been fatalities we hadn't heard of in the West at the time, such as Valentin Bondarenko - and maybe others.)

But all those had been before I was born, certainly before the Space Shuttle flew. It didn't happen any more. Except that it did.

"Simon Bestwick’s horror stories are perhaps the most engaged with ordinary British life of any horror writer working today...

I had to read the opening chapter of Simon Bestwick’s Angels of the Silences twice – it could have been clipped from my own teenage memories – and I would guess the same is true for many British horror readers. Emily and Biff are those two girls you found in every goth club in the 90s. Except for being dead of course.

Bestwick is brilliant at capturing an ordinary Britain made up of cheap cafes, Bacardi Breezers and over-applied eyeliner. A working-class Britain, in our class-confused age, that’s rarely reflected in mainstream culture, but finds its expression in horror fiction, in large part because of editors like Andy Cox."

There were also some extremely good pieces of hard-won advice for writers out there on Teh Interwebz this week. There was this piece by Chuck Wendig:

"Let’s face this train head on: a book that super-sucks might do really well, and a book that is legitimately fucking amazing and everyone knows it and it wins awards and is precious to many might sell like a rock dropped into a toilet. This is far from universally true! Sometimes great books sell equal to its perceived quality. Sometimes bad books huff glue and die in a gutter. And nearly always, good and bad are totally subjective declarations because outside of core writing competency, stories are not plug-and-play dongles."

And there was THIS ESSENTIAL PIECE by the awesome Kameron Hurley (read her Lowdown!) I
just wish Kameron had written this five or six years earlier when I was starting out.

"One of the big issues we’ve been dealing with the last 15 years or so as self-publishing has become more popular are the increasing rights grabs and non-compete clauses stuck into the boilerplate from big traditional publishers terrified to get cut out of the publishing equation. Worse, these clauses are becoming tougher and tougher to negotiate at all, let alone get them to go away. Worser (yes, worser) – many new writers don’t realize that these are shitty terms they should be arguing over instead of just rolling over and accepting like a Good Little Author. What I’ve seen a lot in my decade of publishing is new writers on the scene who don’t read their contracts and who rely on their agent’s judgement totally (and that’s when they even HAVE an agent! eeeee). They don’t have writer networks yet. They aren’t sure what’s normal and what’s not and they don’t want to rock the boat.

I am here to tell you to rock the boat."


So any of you who are writers, especially if you're looking to make a living at it, should read these. Kameron's because she is awesomely tell-it-like-it-is, Chuck because he's funny as hell, and both of them because they're full of vital information.

And apropos of Kameron's piece, you don't have to be a fan of the singer Kesha to know what she's being put through is fucking appalling.  Here's hoping she wins her case.

At the start of the week, I finished a long story for an anthology and sent it off. (Can't say any more because the anthology is super-secret till further notice.) And then I got to work on writing a detailed outline for the next Black Road novel, The Devil's Highway.

It's been weird, and a little scary. On the one hand this is a world and cast of characters I know well and have already novelled about; on the other hand, I finished Hell's Ditch back in 2012. It's been nearly four years since I last spent time in the heads of Helen, Gevaudan, Danny, Alannah, Colonel Jarrett and Tereus Winterborn. A lot's happened since then. What if I can't do it again? But I have to do it again. But slowly, it's coming back. I should be hitting the Black Road again next week.

Finally, there's a new free story of mine you can read, from my first collection, A Hazy Shade Of Winter. It might be the last Friday Freebie, at least for a while, as I'm not sure enough people are reading it. We'll see. Anyways, the story's called 'Come With Me, Down This Long Road' and it's here, till next Friday.

And on that note, have a good weekend, everybody!
Posted by Simon at Friday, January 29, 2016