The Lowdown with... Robert Dunbar

ROBERT DUNBAR is the author of several novels, a collection of short fiction, and a nonfiction book about the horror genre. His stories and essays have appeared in numerous publications. For more information, visit www.UninvitedBooks.com.

1. Tell us three things about yourself.
No.
Too many people know too much already. 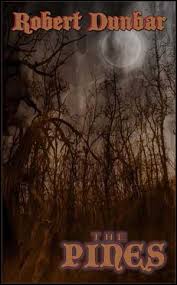 Oddly enough, a novel – THE PINES. Everything else just sort of fell into place afterwards. 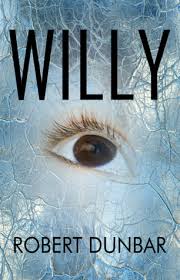 WILLY. That book has touched so many people. Me it almost killed, of course.

4. …and which makes you cringe?
While quite young, I wrote several godawful plays, and kept sending them out for some obscure reason. Even more mysteriously, they were forever getting performed as workshops and showcases and studio productions. All over the damn place. What were artistic directors thinking? Understand I’m not being modest here – these scripts were horrible. Incoherent. Deranged. I sometimes think directors just wanted to get a look at me. 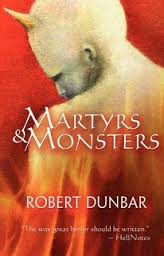 5. What’s a normal writing day like?
What’s normal about a writing day? It’s like induced psychosis channeled through a work ritual. I even have special/ritual clothes. Galoshes, a jockstrap, propeller beanie. Scared the hell out of the poor mailman the other day.

6. Which piece of writing should someone who’s never read you before pick up first?
I usually say MARTYRS & MONSTERS, if only because people who get my work have responded so strongly to it. And people who froth at the mouth about it? They’re likely to hate everything I do, so we should just break up now and save time. 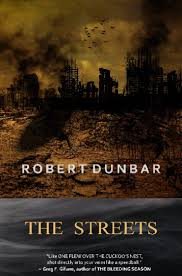 7.  What are you working on now?
While trying to promote THE STREETS, which came out just a couple of weeks ago, I’m also building momentum on a novel tentatively titled SHUDDER. Umm… I suppose I have to tell you something about it, don’t I? Okay. Don’t hate me. It’s a vampire-zombie-apocalypse epic, because – hell – I’m a whore. (Damn, I wasn’t going to tell things about myself.) The difference with this book is that the heroes are all the sort of trash characters (my people!) who usually get killed off first in a typical horror-by-the-numbers saga. Oh, and happy endings are extra.
Posted by Simon at Monday, September 28, 2015