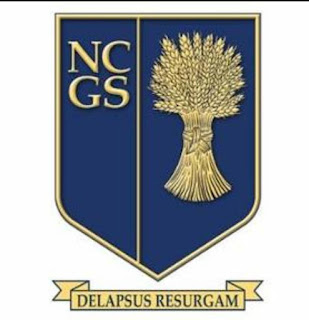 There are a lot of things you can say about Facebook – it’s a time suck, as the Americans say, and it’s my primary work avoidance activity every time I get to a slightly difficult bit in anything I’m working on (“Oh, I’ll just quickly check my Facebook notifications, I’ll only be five minutes…” and so perishes an hour of my life.) And of course, you can get drawn into pointless arguments with idiots, and it’s all to easy to waste time and energy in some stupid storm-in-a-teacup genre spat when what counts, as ever, is the work. But there are nice things about Facebook and social media too – there have to be, or why use them? – and one of them is that it’s very easy to reconnect with people you’ve lost touch with.

I’ve been very bad at keeping in touch with people in the past. When I left University, I lost touch with nearly all the people I’d known there, and it’s largely through Facebook that I’ve managed to catch up with them again. It’s nearly twenty years later – which is a shock; you’re suddenly forty, getting into middle age, and you wonder sometimes how that happened. So it’s nice to get back in touch with people who remember you when you were young and cute and innocent (debatable to what extent I was ever those last two, but anyway.)

It’s also funny the people you end up becoming friends with as an adult. When I left school in 1992, it was for the last time. I’ve never been back for reunions or Old Boys’ Dinners, because I fucking hated the place. I’m of one mind with Robert Morley, who was asked by successive headmasters at Wellington School to come back and do the usual Old Boys’ thing: his reply, every time, was: “My only reason for returning to Wellington would be to burn it down.”

I’m no longer in touch with the guy who I thought of as my best mate at school, but there’s this guy I was chatting with yesterday morning; we were in the same class, reconnected via Facebook and have ended up becoming good mates. He and I were never close at school – we were never enemies, but we weren’t bosom buddies either, never went over to one another’s houses or, in later years, down the pub together. He was basically an okay guy – he never gave me a hard time and I never gave him a hard time. We were on reasonably good terms and that was it.

I’ve probably talked elsewhere about my schooldays, which weren’t particularly happy. I was bullied fairly relentlessly at school, on a more or less daily basis – I don’t say that out of self-pity or a desire for sympathy, merely as a statement of fact.

Yesterday, my friend posted a picture of the school crest and its motto, Delapsus Resurgam. (Readers of ‘The School House’ may recognise this.) His reason? Because it was the week that the kids are all going back to school – and because it was, to the day, thirty years since we’d first started at that place.

This got a bit of a conversation going on Facebook – about the level of bullying that went on at our school. “If you were different,” someone said, “you were fucked.” And this was generally agreed to have been the case.

There was racism, and there were huge amounts of homophobia – one of the worst insults in the playground was ‘gay.’ It wasn’t, as it is now, just used as a synonym for something being crap – that still isn’t great, but it doesn’t have anything like the venom. The word ‘gay’, and the exact meaning that went with it– that of being homosexual – was, in and of itself, one of the deadliest insults that could be thrown in the playground or the classroom.

I was called it often.

One of my classmates, at the age of fourteen or fifteen years old, attempted suicide because of the victimisation he’d received on account of his physical appearance, which was considered quite effeminate.

The other insults thrown that really stuck – with me, anyway – were failure and loser. I remember how one kid hit me in the balls and then danced round me as I lay on the floor jeering “You’re a loser, Bestwick! You’re a loser!” He didn’t just mean the fight. “You’re a laughing-stock!” We were all good, aspiring middle-class boys, so worldly success was equated with good character, so I suppose that had particular bite. I’ve always hated that insult, loser, ever since. I hate that whole way of looking at the world. Who’s a winner, who’s a loser, and who decides what’s winning and losing? Is it just about how much money you’ve got?

The guy who was Head Boy on my year died about four years ago – he took his own life due to financial difficulties, leaving behind a wife and two children. He was never bullied himself, that I know of, but he’d internalised that rhetoric, the same as the rest of us. I wonder if all the old playground taunts echoed in his head. That fear of being a loser.

My friend sent me a private message later on. “Let me say this,” he said. “I’m really proud of you. You had to withstand more shit than a lot of us put together. You used your intelligence and knowledge to a good thing today and I’m glad you’re happy.”

That came out of almost nowhere in a conversation about something else, and it’s very hard to express how much that statement meant to me. I couldn’t say much more than “Thank you” in response.

“Keep the effort going,” he said, and what I found myself typing in response, almost without thinking, said an awful lot:

“Oh, I will. If only to say a resounding FUCK YOU to all the bastards from back then.”

“You have every right to say that,” he replied.

Except, of course, there were others for whom it was still worse. Unlike that other lad on my year, I never tried to kill myself – there were a few times where the thought crossed my mind, but never for long, because I truly believed there was a future for me – and that future lay with my writing (perhaps with acting, too, I thought, although that didn’t turn out to be the case.)

And joining the discussion a little later was someone who’d been on the year below my friend and I. He’d been born with Cerebral Palsy, and his memories from his school days included being hit with shoes, constantly mocked and bullied – and I don’t think he just meant by other boys, either.

And I wonder about some of the others from that school, what happened to them, where they ended up.

I’ve no idea what school is like for children now. We hear a lot about how everyone in education these days has to be treated as a special snowflake – Lord knows I’ve rolled my eyes at some stories of trigger warnings and other things that seem downright ridiculous. But at the same time, I remember my schooldays, how much harshness and off-hand cruelty there was, and not only from the other pupils. (Although that’s not to say there weren’t some damned good teachers there – the English masters, Dave Bradley and Geoff Hardman, did a lot for my development as a writer, and Mr Hill, my history teacher, gave me an abiding interest in the subject.)

I sincerely hope that the children who are going on to ‘Big School’ this week won’t have to go through a lot of the stuff that I and other lads on my year went through. At the same time, I wonder how differently they’ll turn out because of that. The bad experiences, as well as the good, helped to make me who I am. And of course you can’t prevent all bad experiences, nor should you want to – they’re necessary, for us to grow and learn.

So while I’d like to wish that new generation a completely pain-free seven years, I know that’s neither possible nor desirable. But I hope that those days to come are as good as they can be.

To those children, though, I would say one thing: when they tell you that school days are the happiest days of your life, don’t believe them. It’s not true. Or it certainly shouldn’t be – apart from anything else, you have many more days ahead of you when you leave. And your job is to take as much ownership of your life as you can – and to make sure that those days, not these, are the best.

By the way, that school motto, Delapsus Resurgam? It means ‘When I Fall, I Shall Arise.’