The Lowdown with... James Everington 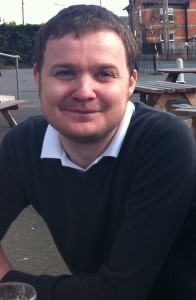 James Everington mainly writes dark, supernatural fiction, although he occasionally takes a break and writes dark, non-supernatural fiction. His second collection of such tales, Falling Over, is out now from Infinity Plus and he has had work published in The Outsiders (Crystal Lake), Supernatural Tales, Morpheus Tales and Little Visible Delight (Omnium Gatherum), amongst others. A monthly serial, The Quarantined City, is being released during 2015 by Spectral Press. And he tweets.

1.    Tell us three things about yourself.

I am a proud supporter of the Oxford comma (see below).

My own personal Holy Trinity of writers who have inspired me in my own writing would comprise of Ramsey Campbell, Shirley Jackson, and Robert Aickman.

2. What was the first thing you had published?
It was a short story called Home Time which was accepted by Morpheus Tales. I think it was the third time I’d submitted a story; I jumped up onto my feet, shouting “wahoo”, and then felt sheepish when I realised I’d scared the cat. 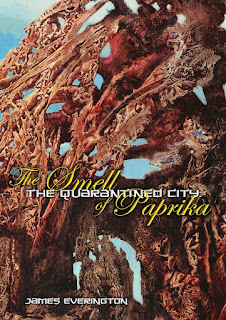 3. Which piece of writing are you proudest of?
Most recently, a serial novel being published by Spectral Press called The Quarantined City. It’s the longest thing I’ve had published, and the most ambitious structurally and in terms of the fictional ideas I was playing with. It’s still got elements of horror and the uncanny within, but merged with elements of Borges and Camus’s The Plague too. And a host of other stuff. Despite the heartache and hair pulling writing it, it was strangely enjoyable too. I already miss the place…

4. …and which makes you cringe?
Stuff I wrote starting out. I wrote a kind of ‘Martin Amis with all the shite bits of Martin Amis but none of the good bits’ novel whilst at university. And poetry. God, the poetry; genuinely cringe-worthy.

But it’s all good, you know - the band Rilo Kiley have a line in one of their songs “All your failures are training grounds”, which should be every writer’s motto. None of it’s wasted. Case in point: that bad Amis-y novel? It had a repeated sentence in its final scene, which I recently used in a totally different way in The Quarantined City. One sentence, out of literally thousands, and I found its proper home over a decade later. Writing’s weird, sometimes.

5. What’s a normal writing day like?
I’ve got a ten month year old daughter, I don’t have a normal writing day. Or a normal anything, anymore. I try and grab writing time when I can; I’m lucky in that I don’t have any set routines or pernickety habits, I can write pretty much anywhere, anytime. I normally listen to music whilst I write, unless I’m at the editing stage. In the course of answering this question, I’ve listened to songs by Wolf Alice, Massive Attack, and RL Burnside. 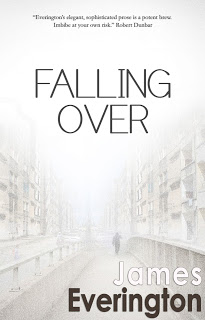 6. Which piece of writing should someone who’s never read you before pick up first?
Probably Falling Over, my collection of horror and weird fiction from Infinity Plus. It’s got stories about ghosts, doppelgängers, the Black Death, scary kids, and the duplicitous UK tabloid press inside its pages.

Oh and one about dogs; everyone loves dogs, right?

7. What are you working on now?
A horror novella called Paupers’ Graves. It’s a relatively straight horror story, set in a real graveyard in Nottingham where I live. There’s a natural sandstone hollow and a few centuries back they decided to use it to bury rich folk in fancy tombs carved into the rock. But it was too unstable so they hastily backtracked and used it to bury paupers in; so-called ‘guinea graves’. The poor sods are buried twenty under a single stone. So I’m using it as a setting for a story about the dead, austerity, and the relationship between the poor and the rich. Should be out next year.