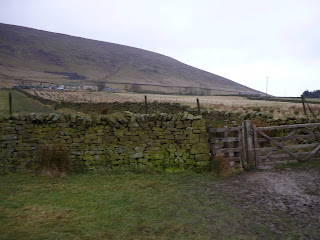 Very pleased to announce that my short story 'The Climb' has been accepted by Black Static magazine for a forthcoming issue.

Following his wife's death, Bryan sets out to climb a bleak, craggy hill in Lancashire. But it might be more than guilt and old memories that haunt him during the climb.

Bryan turned. Behind him, in the fading light, the footpath wound down through the farmlands and drystone walls. In the farmhouses, big sturdy boxes of biscuit-coloured stone, lights had begun to appear in the windows, warm yellow glimmers like thimblefuls of melted butter.

A sheep’s faint, distant bleating drifted up towards him, but all else was silent and still. The wind had 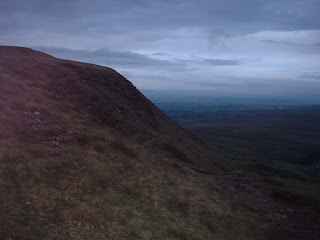 suddenly dropped, and the stillness was hungry and expectant. Waiting for something to happen.

Bryan stayed still. He watched the bushes and the long grass, the drystone walls, the distant farmhouses - waiting for something to move, waiting to catch it out. Because there was something out there, he knew. Something, or someone, watching him.

The story was inspired by Pendle Hill in Lancashire, where much of my first novel, Tide Of Souls, takes place. It's an imposing, eerie place...


And a steep hill to climb.