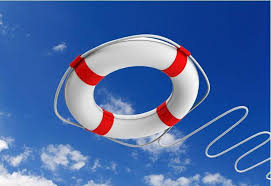 After yesterday’s post, it was a little strange to realise just how much anger I still carry around from my schooldays. I wish I didn’t. I don’t like to believe that I owe anything to that place, or that the people who made my life so miserable all those years ago have any sort of hold or influence over me, thirty years on. I remember writing a lot of stuff with themes of cutting free of the past; for many years the past was something I thought of in wholly negative terms – something evil that reaches out to lay its dead hand on the present to corrupt the future. Perhaps that was how I needed to see it, back then.

When you get older, of course, the past becomes something different. There are hopefully, happier memories to balance the sad. After school, I spent a year at Abraham Moss College in Crumpsall on an Acting Foundation Course, one of the happiest years of my life, and made friends there that I still have now. And then there were my University years; seeing my first stories published; all the little triumphs and setbacks – and now I look, and my past isn’t black, or even black and white, any more. It’s multi-coloured, a mixed bag.

One of the wisest things I’ve heard said was some years ago, when I had a message board on the old Terror Tales website. A debate on the whole Israel/Palestine thing was underway (caused, as tends to happen, by my shooting my mouth off again) and as you’d imagine, there were strong feelings on both sides.

Anyway, a few Israelis came along and posted on the thread. One I remember in particular, a guy called Rami. He spoke at some length about the injustice and cruelty he’d seen from Israeli soldiers towards Palestinian men and boys; how his brother had served in a commando unit that had gone over the border into Lebanon to kill civilians there in reprisal for terrorist attacks on Israel. He’d seen anger and hatred at work, on both sides, and the pain and damage they did.

He said, towards the end, that he lived among a small community of like-minded people in a small valley. “It is a beautiful place,” he said, “and no-one else is welcome unless they are invited.” But he also said something else, that’s resonated with me ever since.

“The most important thing to do with anger,” he said, “is to channel it towards a creative goal.”

We’re all angry. The Christian faith tells us that wrath is a sin. Well, it isn’t. There are reasons, justifiable, righteous reasons, to be angry. The real question is, what do you do with it? Where does it go?

On Twitter or Facebook, in a lot of cases. Or at the wrong targets – immigrants and dark-skinned people, all too often.

Another very wise thing was said to me by a friend of mine, Sameem Ali. Sam used to go to a writing workshop I attended; at the beginning, she was a very quiet, softly-spoken woman – a wife and mother, who worked at Ticketmaster – who wanted to tell her story, although she didn’t expect anyone to be interested in it. It was a story of childhood abuse and of forced marriage when she was thirteen years old, and of how she’d escaped and ultimately made a good life for herself. I’m not breaking any confidences by mentioning this; Sam’s memoir, Belonging, was published a few years later. In that time, I saw her grow in confidence and go from strength to strength, eventually becoming a local councillor. And it was her writing that did that, telling her story.

But what Sam said to me once was that, as horrible as much of what she went through had been, she would not wish it undone, because it had made her the person she now was: without it, she would not have her two sons, or her husband. “The number of scars you have,” she said once, “that’s how interesting you are.” 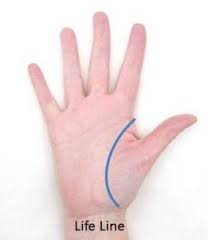 Only a masochist or a fool seeks pain, wants to suffer over and over. I certainly don’t. But pain is part of life. Grief is part of life. I would not wish to undergo the grief I suffered on the deaths of my grandmothers, in 2010 and 2013, again – but I know I’ll go through it again, or worse, in the future, because my parents are still alive, but won’t be forever. Terrible though that grief was, and that future grief will be, I would rather suffer that, pay that price, then never have had those people in my life.

As always – both in writing and in life – the important thing is not so much your experiences, but the use you can make of them. Writing certainly demands that you make use of your experiences is that you turn them into material, into stories.

Writing has been my lifeline – it’s been, I’ve realised in recent years, the closest thing I’ve had to a
faith. My belief in my ability to do something with that has been a constant, and it has sustained me, through good times and bad.

Anger can be a good thing, but it is different from wrath. Wrath is destructive, tends to be violent, in another meaning it's vengeance. It's keeping that circle of violence going and usually to keep it going you don't really face the past.

Anger you talk of reminds me of the PIL record, with John Lydon screaming, 'Anger is an energy.' As I was writing this I got side tracked, and came to an interview in the Manchester Evening News which shows how he (John Lydon.) used anger to spark memory and create.

For myself I can't keep angry with people, even those who bullied me. I guess I need to find something else to propel me, and I've realised long ago I don't get pride, sloth really doesn't help either. Maybe I should try some of the 7 virtues, I believe in justice, now how to use that?