The Lowdown with... Mark Chadbourn 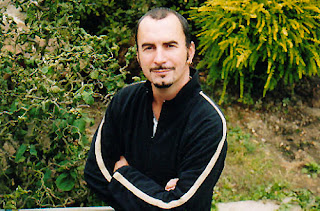 A two-time winner of the British Fantasy Award, MarkChadbourn is published in the UK by Penguin Random House, a screenwriter for BBC Drama with many hours of produced work, and a former newspaper and magazine journalist reporting from across the world.


1. Tell us three things about yourself.
1) I have a pseudonym who is slightly more popular than the real me - the historical fiction writer James Wilde.  He’s published the best-selling Hereward series of novels about the English warrior who led the rebellion against William the Conqueror.  It’s weird having two separate identities, and exhausting having to keep up with two sets of social media and blogs.
2) I’ve been shot at, set on fire, imprisoned by gangsters and threatened with murder.  All while I was working as a journalist.  It’s not what I would call a hobby.
3) I had the opportunity to stand for Parliament, but eventually decided to turn it down.  While it’s 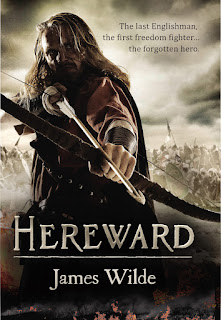 one of my core beliefs that we should all try to give something back to make the world a better place for others, I felt it would have gone against the very essence of being a writer.  One of the writer’s jobs, I firmly believe, is to challenge authority in all its forms, to hold it up to exacting standards on behalf of people who don’t have a voice, and you can’t do that if you’re a part of that authority, or, I think, if you’re a flag-waving member of any political tribe.  You need to be a strong-minded independent who has the freedom to say any king has no clothes.  There are plenty of other people out there perfectly capable of getting elected and waving flags, not so many who can stand up and have a platform to challenge.


2. What was the first thing you had published?
I’d worked as a national newspaper journalist, originally covering general news and crime - riots, murders, disasters - and then entertainment, interviewing various film,TV and music industry celebs, so I’d had lots of things published since my first day of work.  But none of it felt really important to me as I was only ever interested in getting some fiction out there.  My first published work of fiction was the first thing I’d ever submitted - a short story called Six Dead Boys in a Very Dark World - which was bought by Fear magazine, then a nationally published and influential mag.  As it was the first story I’d sent out, this writing stuff seemed like a bit of a lark, and at the time I didn’t really appreciate how fortunate I was to get such a high profile start.  Six Dead Boys went on to win me the Best New Author trophy in Fear’s first annual awards.  On the back of that recognition, I got a mainstream publisher - Piatkus, who published my debut novel Underground - and an agent.  So that story pretty much changed the course of my life, and gave me what I have today, which is the luxury of earning a crust by writing.

3. Which piece of writing are you proudest of?
I’m proud of the way certain pieces seem to touch the lives of others.  When you hear back how certain people have been affected by what you’ve written, it’s both incredibly humbling and also hugely baffling how something you’ve scribbled down can get that kind of response.  From that point of view, I guess I’d cite the Age of Misrule books - World’s End, Darkest Hour, Always Forever, one story split into three books - as I’ve received so much feedback from all over the world.  But I don’t really feel proud of the actual writing of anything.  I think to say you’re proud means you’re satisfied with what you’ve done, and I don’t think a writer should be satisfied.  There’s always some way to make a story better.

4. …and which makes you cringe?
The very first script I wrote for the BBC medical drama Doctors.  It was so, so bad.  I tried to watch it when it was broadcast and had to walk out after two minutes.  I’ve never watched a single thing of my broadcast work since.  It’s a sharp learning curve when you move from prose to screen, and what looks perfectly acceptable on the page doesn’t always seem so when it’s coming out of the mouths of actors.  I had to unlearn everything I knew, and start again to try to master this new medium. Thankfully the Doctors staff saw me as a work-in-progress, and gave me all the guidance I could possibly want to improve my screenwriting.  And I really am thankful of that because it is so hard to be a good screenwriter without some form of mentoring.  For me, learning on the job is always the best way, which, I suppose, is why so many UK screenwriters get their start in ongoing drama.

5. What’s a normal writing day like?
I try to mix it up.  My thinking: if you’ve managed to escape the rat race of a 9-to-5 office job, why inflict that on yourself when you have the freedom to define your own day?  Sometimes I’ll work at home, sometimes in the pub, the cafe, in the middle of a field or the garden in summer, in my local area, up a mountain or by the sea.  I do at least some work every weekday, though, and what I do is dictated very much by deadlines.  There could be a novel and a TV script needing completion at the same time, which would entail working on one in the morning and the other in the afternoon.  It’s not easy to switch your thinking like that.  But neither is it, by any work definition, ‘hard’.  If it’s got to be done, it’s got to be done.  I think to make a living as a writer in the 21st century, you need to be prepared to work across media, and that’s always going to result in conflicting deadlines. 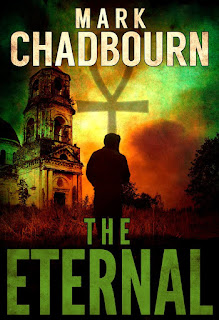 6. Which piece of writing should someone who’s never read you before pick up first?
A novella - The Fairy Feller’s Master Stroke - based very loosely around the painting by Richard Dadd, which hangs in the Tate.  The original PS Publishing publication is pretty pricey now, but I’ll be bringing it out in ebook shortly.  If that’s not available, grab one of the Hereward books.  You don’t have to be a fan of historical fiction to enjoy them.  They’re bloody thrillers.

7. What are you working on now?
I’m in development with a TV crime series, which I can’t contractually talk about.  I’m waiting for the green light to begin work on a film script.  And I’ve just started writing Pendragon, the first book of a Dark Age series, which has an Arthurian slant.  This will follow on from the final Hereward book, which is out in July.  And a few other projects simmering away on the back burner.