The Lowdown with... Elizabeth Massie 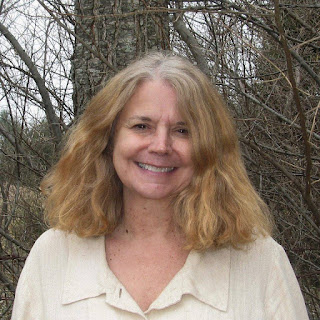 Elizabeth Massie is an award-winning author of novels, short fiction/collections, media-tie ins, poetry, and nonfiction. Her more recent works include the novels Hell Gate, Desper Hollow, and Ameri-Scares –Illinois: The Cemetery Club, the novelization of Versailles (based on the 2015 French mini-series of the same name), and a nonfiction book of poetry and meditations, Night Benedictions. Elizabeth has won the Bram Stoker Award twice – for her novel Sineater and her novella “Stephen” – and the Scribe Award for her novelization of the third season of Showtime’s original television show, The Tudors. Active in Amnesty International for more than 30 years, Elizabeth also writes letters on behalf of victims of human rights abuses worldwide. She lives in the Shenandoah Valley of Virginia with her husband, illustrator Cortney Skinner. 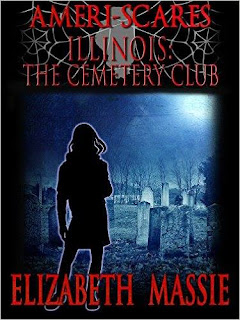 1. I’m a ninth generation Virginian who lives in the Shenandoah Valley with husband, illustrator Cortney Skinner, next door to best friend and sister Barbara Lawson, and within just miles of son Brian, daughter Erin and son-in-law Ben, and grandkids Anya and Elliot.
2. While horror tends to be my mainstay, I also write mainstream fiction, poetry, nonfiction, skits, and educational materials.
3. I relax by knitting very long scarves.

2. What was the first thing you had published?
A short story, “Whittler,” which appeared in Dave Silva’s great horror magazine, The Horror Show, back in Jan. 1984. Dave was an incredible editor who gave quite a few writers their start. 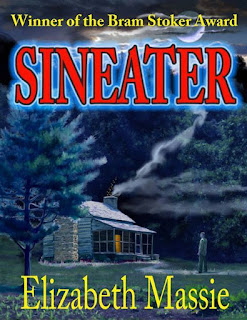 Geez, that’s a hard question. I’m happy with a lot of them, but if I had to pick a top few those would be the novels Sineater, Hell Gate, Homegrown, and Desper Hollow. Oh, and the not-for-kids pictures books You Gonna Die, Fly and Damn You, Demon.

4. …and which makes you cringe?
Any writing that has made me cringe never got past the editing phase and has been retired to that land where all crappy writing goes to die. Buh-bye and good riddance!

5. What’s a normal writing day like?
I roll out of bed anywhere between 7 and 8, stumble into the kitchen to fix a hot chai, then wander into my home office. I’ll play a round or two of Scrabble, check Facebook (okay, who doesn’t?), then pick up where I left off on the current writing project. I’ll work ‘til noon, have lunch with Cortney (who also has a home office), get back to work until 2:30, stop to read and rest. At 4, Cort and I usually head into town (we live out in the country amid cows and foxes and skunks) to Starbucks where we find a creative boost in the change of setting and the chance to see other people. Head home around 6, have dinner, watch re-runs of something (currently that would be Seinfeld). If I’m on deadline I’ll go back to work until, perhaps 10. If not, I’ll knit. I crash around 11, though sometimes I manage to stay up to watch The Daily Show and the Nightly Show. On rare occasion I make it long 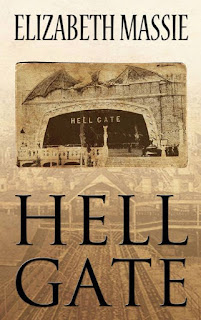 enough to see the last half of Perry Mason on MeTV.

6. Which piece of writing should someone who’s never read you before pick up first?
I’d suggest Sineater or Hell Gate. Sineater is set in rural mountainous Virginia (not far from where I live) and Hell Gate is set in historical Coney Island. Both fascinating locations with so much potential for scares.

7. What are you working on now?
I’m working on a new horror novel tentatively titled Red House, a mainstream novel with no title as of yet, and a non-fiction book on religion. I’m also trying to figure out how to start a blog. I keep messing it up, but I’ll get there!
Posted by Simon at Monday, April 11, 2016

Thanks for the interview, Simon!

You're welcome, Beth. Many thanks for taking part. :)