The Lockdown with... Tim Major 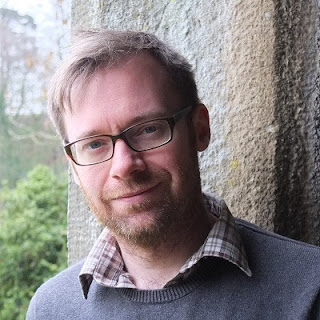 Tim Major’s most recent novels are Hope Island and Snakeskins (both published by Titan Books). His other books include a collection of short stories, And the House Lights Dim, and a non-fiction book about the silent crime film, Les Vampires. His stories have appeared in Interzone, Best of British Science Fiction, Best British Fantasy and Best Horror of the Year.

#1 Despite being a writer and editor of fiction, I have a Maths subject background. I did a Maths degree at university, then got into publishing via educational materials, working first on Maths textbooks. No regrets, but in retrospect I would have far more enjoyed an English degree, and I’m ashamed of the gaps in my knowledge of classic literature.

#2 What’s worse is that I ought to have known better, even back then. My hobbies have always involved writing. When I was a kid I’d borrow my mum’s electronic typewriter and transcribe my favourite Just William stories. I created Doctor Who fanzines with my best friend and then, when he lost interest, entirely on my own, and sold them for a good profit. I’ve been the editor of two small-press magazines (The Quiet Feather, The Singularity) and, more recently, co-editor of the British Fantasy Society’s fiction journal. The idea of me wanting to spend my life doing anything other than working with words is absurd.

#3 Related to #2, I was the biggest Doctor Who fan when I was growing up. My first short story was a fan-fiction sequel to the Cyberman story ‘Silver Nemesis’. With a group of school friends, I built a Dalek out of aluminium cans, which reached the final of a national competition. We were invited to take it to Westminster Bridge to re-enact the famous scene from The Dalek Invasion of Earth, and our Dalek (but not us) was featured on Blue Peter, alongside my hand-drawn schematics. But we didn’t get Blue Peter badges – I’m still sore about that. 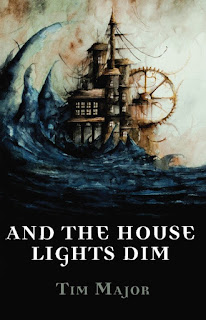 For the first three weeks, I couldn’t write anything at all. Part of that was practical – my wife and I have two sons, aged 3 and 6, and of course we’re now home-schooling them, and even without that responsibility, their 24-hour presence in the house can be dizzying and tiring (but just as often great fun, obviously). But the other side of it was that writing felt trivial at first, compared to what’s going on right now. After three weeks, a mental switch flipped, and writing seemed vital again – that is, regardless of the state of the world, it’s vital to keep my mind active. Plus, I’ve made being a writer such a fundamental part of my identity that without it, I don’t know who I am.

It’s not easy finding time, though, given that around 7 hours of each day is dedicated to my kids (5 hours of home-schooling/entertaining, 2 hours of either morning or bedtime routine). But my wife and I are lucky in that we’re both freelance editors, and we’ve had setups similar to this one before. We’re pretty adept at finding free time, and allowing each other space when possible, and once we’ve met our deadlines, we’re good at claiming the remaining time to follow our interests. Recently, I’ve been getting around five hours a week of writing time, which is enough to keep the progress going on a novel I’m planning.

I’m reading a lot more than usual though, which is unexpected, and is all good fodder for writing. And I’m filling some of the classic-literature gaps that I mentioned earlier! 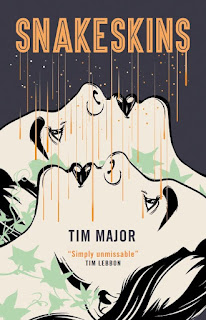 I’m guessing my self-published Doctor Who fan fiction at age 10 doesn’t count… My first short story was accepted for publication in 2013 by a horror magazine called Sanitarium. They even made it the cover story – I was thrilled. My first book was a novella, Carus & Mitch, in 2015. That was my big ambition: to have a book on my shelf with my name on the cover. As it turns out, that delight doesn’t wear off.

This may seem a neat coincidence, but I’m very proud of my new novel, Hope Island, which just happens to be published right about now (it’s already out in the US, and 8th June in the UK). It was also the easiest time I’ve had writing a novel. Here’s hoping that correlation will continue…

Nothing that’s been published, I don’t think. But when I started writing, I decided to write at least two ‘trunk’ novels for practice, before attempting to inflict any of my work on the world. The first two were YA novels, and, as expected, they were awful, but I learned a huge amount that I wouldn’t have been able to learn theoretically. Also, the first few chapters of the second novel became the basis of Carus & Mitch, which acted as my calling card in the UK genre writing scene, and did me a lot of favours.

Let’s imagine we’re not in the midst of lockdown… I’ve always been a slow and steady writer, managing a little on most days, which all adds up. Usually, I’d take the kids to school, then write for a couple of hours before burning out sometime before lunch – at which point switching to my day job of editing (usually fiction, but sometimes educational materials) feels far more a pleasure than a chore. I genuinely like editing, whether it’s my own work or other people’s – it’s my flow state. 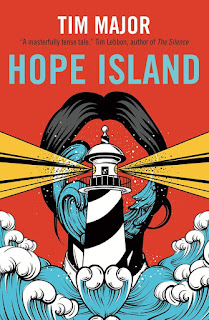 I’m trying to avoid the temptation for self-publicity, but I can’t quite resist it… As I say, Hope Island is out on 8th June. It’s about a British mother and her daughter trying to reconnect on a visit to a remote island off the coast of Maine. They encounter creepy children, a strange artistic community, an archaeological dig… and then there are a bunch of murders and it all gets weird. Like I say, I’m really proud of it.

I’ve just finished up a Victorian fantasy, and now I’m planning a novel that is undoubtedly an expression of my mania during lockdown. Three parallel strands, three different genres, a cast of at least 50… Despite being so busy with the kids and despite the constant anxiety of the real world, I needed a hobby project to occupy me totally in my brief time alone, and this is it. It might end up taking me a while to write, though.