The Lockdown (Mr and Mrs Edition) with... Thana Niveau 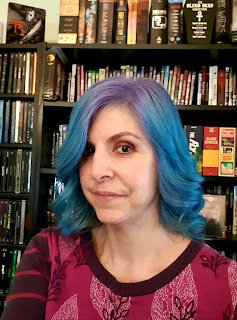 Thana Niveau is a horror and science fiction writer. Originally from the States, she now lives in the UK, in a Victorian seaside town between Bristol and Wales. She is the author of the short story collections Octoberland, Unquiet Waters, and From Hell to Eternity, as well as the novel House of Frozen Screams. Her work has been reprinted in Best New Horror and Best British Horror. She has been shortlisted three times for the British Fantasy award – for Octoberland and From Hell to Eternity, and for her story “Death Walks En Pointe”. She shares her life with fellow writer John Llewellyn Probert, in a crumbling gothic tower filled with arcane books and curiosities. And toy dinosaurs.

1. Tell us three things about yourself. (If you’ve done this previously, ideally tell us three different things than last time!)
I’m (1) a dog person (2) a tea person (3) a morning person.


2. Many writers have said the COVID-19 outbreak and the lockdown have made it harder for them to create. Have you found this? Has the outbreak affected you as a writer and if so, how?
I’ve found it nearly impossible to create anything. When the world fell apart, I was halfway through writing a Lovecraftian eco-horror piece set in Siberia. It was oddly comforting to “escape” into that pandemic-free world, but at the same time it was challenging to do the actual creative work, since all my brain wants to do is obsess and worry. I was able to finish the story (and meet the deadline!), but I haven’t written anything since, or felt inspired to. I know I’m not alone in this, and misery loves company. I’m sure the muse will return when she’s ready. I want to write about dinosaurs and spaceships and get as far away from our dystopian reality as I can!


3. What was the first thing you had published? 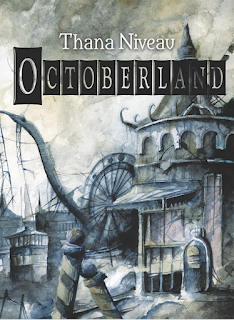 “The Death of Dreams" - a grim futuristic story where your dreams can be recorded and exploited by the tabloid press. I wrote it for Joel Lane, and it was published in the charity anthology Never Again.


4. Which piece of writing are you proudest of?
I'm still very proud of my first SF publication, “The Calling of Night’s Ocean”, told mostly from a dolphin’s POV. But I’m also proud of “Octoberland”, the title story in my last collection. It’s the most personal story I’ve ever written.

5. …and which makes you cringe?
I’m not sure it’s deserving of cringes, but there was that epic fanfic saga I wrote when I was 12 or so. It started off as a Star Trek / Blake’s 7 team-up, but it soon spiralled into a game of seeing how many characters from different universes I could cram into it. I’ve only recently been properly introduced to Doctor Who, but Tom Baker’s Doctor was in there, along with Leela. Also included were characters from V, ElfQuest, Robotech, the Man (and Girl) from UNCLE, among many others.The Young Ones even turned up at one point! Okay, maybe it’s a BIT cringe-worthy. 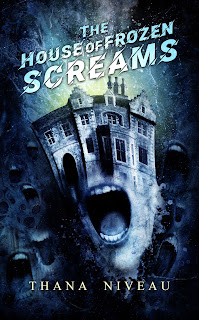 6. What’s a normal writing day like?
Let me cast my mind back to when “normal” was a thing . . . My ideal writing day would be – getting up early, sometime between 4.30 and 6 am. I love that time of the morning, when it feels like I’m the only person awake and the world is mine. A cup of Earl Grey (one of many varieties – I’m a total tea nerd), followed by a cup of green tea (again, one of many varieties – 20+ at last count), and some music to write to, usually film scores or Tangerine Dream. Then I’ll stare at the blinking cursor for ages, trying to remember why I do this. LOL

7. What work of yours would you recommend for people on lockdown and in need of a good book?
If you want a haunted house novel, you could show your love to The House of Frozen Screams. And if you prefer short stories, Octoberland has you covered!

8. What are you working on now?
I’d love to say I’m working on something, but right now I’m just trying to stay sane. (Wow, that sounds bleak.) Lest you think I’m just paralysed by fear and cowering in the shadows . . . John and I are having a lot of fun playing Magic: the Gathering and watching tons of movies and series. There are books too, of course. And jigsaw puzzles. And audiobooks and podcasts. I’m an introvert, so the isolation isn’t as hard for me as it is for others, but it’s still taken a toll on my creativity.
Posted by Simon at Monday, June 08, 2020