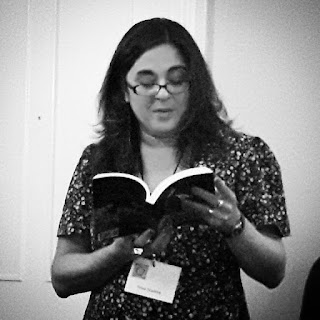 She is a Shirley Jackson finalist and Locus Award finalist for “All the Fabulous Beasts”, a collection of her some of her work, which is available from Undertow Publications.

2) How did it come about?
It’s my twisted version of the old “raised by wolves” story. The idea has been bothering me for a long time. I can’t elaborate too much for fear of spoilers. It’s a love story, of sorts. I also wanted to explore our perception of choice about how we live.

3) Tell us about the process of how you created it.
I do a lot of research for my stories, most of which doesn’t make the final version of the piece. I like the journey that it takes me on- it opens up new avenues within the narrative and adds texture to world building. A tiny detail can make the lie that is fiction seem more real. For “Feral”, I read about wolves, wild children and looked at photos of minimalist houses.

4) What was your favourite part of the process?
My favourite part of any story is when I’m at the peak of the proverbial hill. I can look back at what I’ve written and forward to see how the rest of it needs to fit together, but there’s still room to explore. Something new might happen that will surprise me. It’s also easier to reverse engineer from here, before things are complete, putting in strands and connections that add another level of depth. 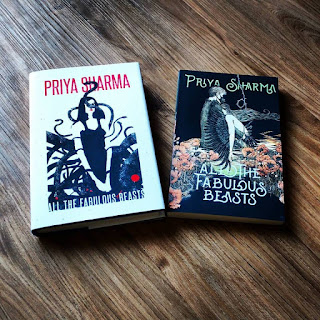 5) What was the toughest part of it?
At the peak of the proverbial hill, when I’m worried that it’s all rubbish! That’s when I need to hold my nerve. For me, it’s never the situation, it’s always about where I am mentally. I make my own hell and paradise with so many things.

And re-edits. When I’ve done so many that I can’t see the story clearly and just have to trust it.

6) Is there a theme running through it?
Freedom, or lack of it. Also, love. Pesky love.

8) Where can/will we be able to get hold of it?
It's in “The Porcupine Boy and other Anthological Oddities”, edited by Christopher Jones. It’s out at some point soon from Crossroads Press. Chris has kindly given me permission to talk about it here.