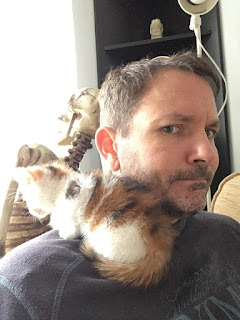 Ray Cluley is a British Fantasy Award winner with stories published in various magazines and anthologies. Some of these have been republished in ‘best of’ volumes, including Ellen Datlow’s Best Horror of the Year series and Nightmares: A New Decade of Modern Horror, as well as Steve Berman’s Wilde Stories: The Year’s Best Gay Speculative Fiction, and Benoît Domis’s Ténèbres. He has been translated into French, Polish, Hungarian, and Chinese. Water for Drowning was short-listed for a British Fantasy Award for Best Novella and is also currently available as an audiobook. Probably Monsters, his debut collection, was short-listed for a British Fantasy Award for Best Collection and is available from ChiZine Publications.


1) So, what’s new from you?
There are a few things.
One of them, 6/6, a limited-edition chapbook from Black Shuck Books, is due out in June. As much as I’d love to talk about that, the nature of the story and the details of its presentation are hush-hush at the moment. Let’s say it’s a sort of found-footage story and leave it at that. You can pre-order it here.
I have a second collection out there under consideration, but I don’t want to jinx it by saying much more. Fingers are crossed. It’s a quieter, more subtle collection than Probably Monsters, with thirteen stories in all.
My most recent story ‘Adrenaline Junkies’, should be appearing later this year in an anthology I’m quite excited about, and I can talk about that one. The anthology goes by the wonderful title of Porcupine Boy and other Anthological Oddities.

2) How did it come about?
Christopher Jones invited me to submit a story via Facebook Messenger. He’d recently suffered a terrible near-death experience that brought life into perspective and as he’d always wanted to edit an anthology, he made it a new priority. I was fully onboard with that as a reason to produce a story.

3) Tell us about the process of how you created it.
Well, considering how the anthology came about, I wanted to write something using a near-death experience. Using a sequence of flashbacks, and a mix of past and present tense, I wanted to tell two stories – one is the here and now of the horror the story, the other, the flashback stuff, addresses the idea of your whole life flashing before you before you die. For the narrator, the best of that life was the time spent with her lover. So I essentially write two stories, one about skydiving and monsters, the other about a beautiful relationship and loss. The former required a great deal of research, the latter merely meant imaging the worst and writing it down.

4) What was your favourite part of the process?
Usually, the answer for this would always be ‘the writing part’. I love it. But this proved to be a very tricky story to get down in the end, and in the end I spent much longer editing and redrafting than I did any of the writing. What I do always enjoy, though – and this story was no exception – is the research part. I loved researching skydiving and other extreme sports, as well as Mexico and the Yucatán Peninsula. And the monster stuff is always fun.

5) What was the toughest part of it?
The writing was tough due to the mix of past and present, and for a short while at the beginning of the process, settling for an appropriate narrative perspective. Writing two different stories was fine but finding a suitable way to splice them together proved a bit of a challenge, particularly coming up with transitions that allowed for a cohesive, believable structure. That took way more time than it should have. Christopher was very patient with me – I’m very grateful that he gave me the time to produce a story I’m happy with instead of one ‘that’ll do’. 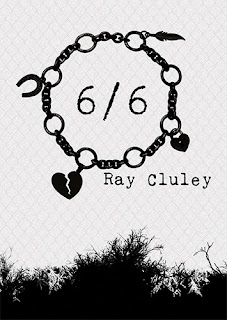 6) Is there a theme running through it?
The anthology is unthemed, but as noted above, using a near-death experience felt appropriate to me for my contribution, and although it’s very much a horror story, I also wanted something with a ‘seize the day’ mentality (in fact, its working title for a while was ‘Carpe the Fucking Diem’). I thought of all the things on my own bucket list and went from there, creating a story about a group of adrenaline junkies. For one of them, each death-defying rush is a coping mechanism regarding her cancer, her attempt to seize the day and seize it often, while she still can. For the narrator it’s about maintaining a link with her lost lover. As a result of this loss she’s reluctant to start a new relationship, so her carpe diem moment focusses on that, the idea of moving on after grief. For all the nasty stuff in the story, I’m hoping there’s a very positive message, too.

7) If you had to sum up this story in three words, what would they be?
Seize the day. (If I’d had four words, they would’ve been carpe the fucking diem!)

8) Where can/will we be able to get hold of it?
I’m not sure of the publisher yet – it may even be that Christopher is going it alone with this project, considering the personal nature of it – but no doubt I’ll shout about the where and when and how much via social media nearer the time. I’ve seen a few of the names involved, though, and can safely say there will be plenty of reasons why people will want Porcupine Boy and other Anthological Oddities in their lives…
Posted by Simon at Friday, May 24, 2019