Women In Horror Month: Dani Brown on Time Vampires and the Illusion of Support (Part Two) 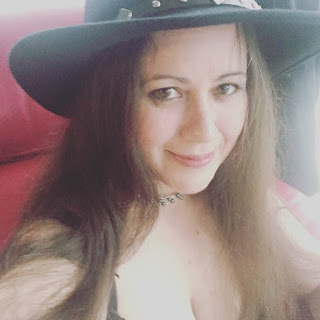 Suitably labelled “The Queen of Filth”, extremist author Dani Brown’s style of dark and twisted writing and deeply disturbing stories has amassed a worrying sized cult following featuring horrifying tales such as “Becoming,” “56 Seconds”, “Sparky the Spunky Robot” and the hugely popular “Ketamine Addicted Pandas”. Merging eroticism with horror, torture and other areas that most authors wouldn’t dare, each of Dani’s titles will crawl under your skin, burrow inside you, and make you question why you are coming back for more.

("I don’t think I’ve ever touched on finding the time to write when you’re a women and so much else is demanded of you," Dani told me when I invited her to write a guest blog for WIHM. "Would that work as a topic?"

Yes, it would. And does. So here's the concluding part of it.) 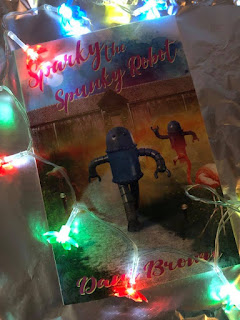 I doubt this is a specific to women or transwomen issue, but there are some people that seem to think I write a novel overnight. There was this one creep/weirdo who wouldn’t leave me alone when I first moved to this city. He told me a “great” idea he had. I said, “oh I already wrote that”. He came to bother me the next day and I had that novel out and he tried to take credit for the idea. I can’t remember the exact word count, it was long, somewhere between 70-80k, but even for someone who writes a lot very quickly when I’m in the right flow that is impossible.

You need to help me.

This is a very specific incident that happened sometime between January and June 2018. I can’t remember the exact month as I was either recovering from post traumatic stress disorder, writing 56 Seconds and Becoming (according to readers, these are two of the best things I’ve ever written, Sparky the Spunky Robot remains my favourite), or dealing with creeps who thought five months single was long enough (it really wasn’t).

This weirdo was associating with my group of friends briefly. I had a lot of books released during the first half of 2018, with two more to follow in July and August of that year. Each one of those books had to be promoted as well. This weirdo demanded my help in writing a book. He basically wanted me to write a book for him then he’d put his name on it and get all the money (which doesn’t really exist for a first book). Apparently it was my social obligation to help him (or write for him) because he cranked up the emotional manipulation. For all those years I couldn’t report emotional manipulation, I am well tuned to it and have no tolerance for it. I explain that I’m a single mother, I have to write my own books, I have chores to do, bills to pay, a day job and a vague resemblance of a social life. I don’t have the time. Again, he turns up the emotional manipulation.

I eventually posted a status on Facebook stating what I have to do each day and why I’m not available to help anyone and how I get no help. A family member jumps on stating, “your sister lives there” (half my family live in the USA). My sister lives two and a half hours away by car. Why on earth should my sister jump in her car to come wash dishes I’m perfectly capable of washing myself if I don’t help this person emotionally manipulating me? Even if she lived next door, that is an unreasonable demand. She has her own life.

I have a pretty set schedule to ensure I get through what I need to do each day. Plus my son was still in primary school and having a really rough time of it between the terrible teachers and bullying, mixed messages from pretty much everyone about how his mother wastes her life trying to have a career. My son’s mental health is a priority for me, not someone who thinks he’s entitled to my time because he can emotionally manipulate. If I don’t do the household chores to cater to other people’s demands instead, I’m only going to end up in the same situation I was in a few years ago – living in squalor with more people demanding my time and attention as my life falls apart around me. I can’t even often help people I’m more inclined to help or people I’m physically and mentally capable of helping due to my lack of time.

As much as I wished self-cleaning houses exist, they don’t. Plus there’s budgeting, sometimes with very little money. The less money there is, the more mentally taxing and time consuming it becomes. Then the cooking. This isn’t even considering parenting. These are the basic things that need to be done every single day. Every time I was in a relationship, the weight of these things fell on me. The weight of these things often falls on women. It is a lot easier since being single.

Congratulations if you have a partner who is helping you out with all of these things so you can write. I don’t have that. I have never had that. I don’t get the support with these things that people seem to think I have. And they all need to be done. I can’t leave dishes to pile up on the counter tops. For a start they go a bit crusty and become harder to wash, but eventually I’d run out of dishes and in the summer they’d attract insects. It isn’t exactly hygienic either. Floors need to be washed for the same reasons. Don’t get me started on having a filthy bathroom. I have no one to do these things for me. My son helps out to an extent but it is unfair to expect him to do everything.

I’ve let the dusting slip these past few weeks to sort out this novel, plus one I’m self publishing and the next novel and to see if I can sell some of these unpublished short stories on my laptop. I haven’t been trying to replace a lost to post traumatic stress freelance client who proved very lucrative to focus on getting these things done but that does create extra budgeting as my money supply dwindles (rather obviously, I haven’t been able to build up any savings with all these demands on my time from people who think they know best). I know in the long term, these things will have a better pay out than freelance and dusting. My son seems unbothered by the lack of dusting and that is something he can do if he really wants.

There’s a much higher mental pay out too, both while I’m working on it and in the future when I don’t have to do as much freelance to try to make up for time lost to the people mentioned above. Time lost is money lost. It is life lost. It is friendships lost. Dreams lost.

Even in lockdown, I have found it difficult to find the time to sort out the beginning of this novel. I eventually did it between the hours of midnight and four in the morning. It wasn’t something I could break into fifteen minute chunks like the rest of the novel. It needed to be done in one sitting with a clear and rested mind. Every time I would sit there to see to it, I would then have to do something else, like cook dinner.

The health problem I mentioned a few times is one of those that keeps me awake with discomfort at night. It has been playing up lately. With it being lockdown I’ve been making up for lost sleeping and sleeping well into the afternoon. Although my life is specifically arranged for me being a late riser, this is ridiculous even by my standards. I’ve been trying to go to bed earlier, but the middle of the night was the only time I could find where I’d get a good chunk of peace. A decent amount of sleep is all part of self-care. I sacrificed it once before, I’m not doing that again. I’m still feeling the effects of those 5AM starts now and probably won’t fully recover.

My son is lost to the Playstation Network, especially right now as it is half term so all the children will be online all week. This is the only way they can socialise and play with each right now. It would be nice to watch a film with him when the schoolwork starts coming in again. Time with my son is never time wasted. That is something all these other people that demand my time need to understand. My son is a priority. It isn’t his fault these people come along and feel they are entitled to my time. He understands that rent needs to be paid and if I don’t get the work done, we won’t have a place to live. It is something the adults around us fail to comprehend. He has witnessed first hand people claiming to love him or look out for him swallowing my time so it comes down to choice between paying the rent or spending time with him. 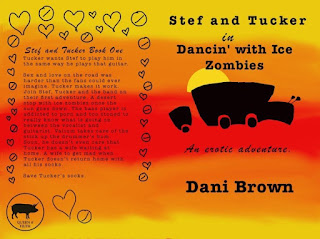 So I’m hoping to make a significant impact on this novel this week while my child is busy socialising. That should be easier now the beginning is done enough to move on. I’m a quick writer. 56 Seconds took two-three weeks to write. While I was writing that, I wrote notes for Becoming and it took five weeks to form those into a narrative that made sense (it isn’t a traditional one). I learned how to be speedy while trapped in the bulk of time-consuming people inflicting help on me. Sometimes my books require a lot of concentration to make sense. Becoming certainly did and this book I’m writing now requires just as much concentration even if the narrative is more on the traditional side.

And now it is time to cook dinner again. At least it is leftovers tonight. That’s easier than prying the Playstation controller away from my son’s hand.

Unfortunately, Dani Brown has yet to find the time to set up a TikTok account or sort out YouTube, let alone anymore obscure social media.