The Lockdown with... Lex H. Jones 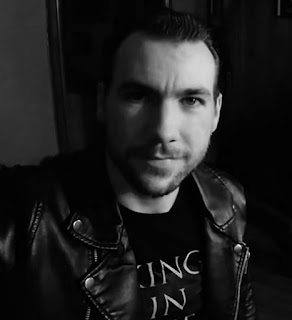 He has written articles for premier horror websites the ‘Gingernuts of Horror’ and the ‘Horrifically Horrifying Horror Blog’, and appeared on multiple podcasts covering various subjects such as books, films, videogames and music.

Lex’s first novel ‘Nick and Abe’, a literary fantasy about God and the Devil spending a year on earth as mortal men, was published in 2016. This was followed in 2019 by noir crime novel ‘The Other Side of the Mirror’ and illustrated children’s weird fiction book ‘The Old One and The Sea’. His latest release is a collection of ghost stories, ‘Whistling Past The Graveyard’. Lex also has a growing number of short horror stories published in collections alongside some of the greats of the genre, and in 2020 he co-created the comic strip series ‘The Anti-Climactic Adventures of Detective Vampire’ with Liam ‘Pais’ Hill. His next project is an occult detective novel titled ‘The Final Casebook of Mortimer Grimm’, which is due for release late 2021.

When not working on his own writing Lex also contributes to the proofing and editing process for other authors.

I’m from North England, Yorkshire to be specific, which means I live on the moors, it’s always foggy, and yes of course I always wear a flat cap and have a kestrel attached to my arm.

I got my first work published at the end of 2015/beginning of 2016 and since then I’ve been lucky enough to have a steady flow of work out there.

Through no effort on my part, I seem to just inherit cats that are left behind or unwanted by other people.

I’d say it has, in the sense that I struggle to find the time and motivation to do any writing. I know the first point there, ‘finding the time’ may strike an odd chord given the fact that so much of our normal routine has been taken from us, so I’d better make that a bit clearer. My day job can be done from home as easily as in the office, and even before this all happened, I’d regularly be working at home for one or two days a week. With that in mind, Covid hasn’t given me that much time back on a working day, other than the commute.

What it has done, however, is invaded my ‘writing space’. So the office I’d usually sit at to do writing, is now the office I sit in to do my day job. After sitting there typing on one laptop for 7 hours, I’m really struggling to want to then spend my leisure time sitting there and typing at a different laptop. I also find that the lack of going places, seeing people, or doing things, has affected my motivation to much of anything creative. I think all those things spark it in me, and without them, it’s hard.

That’s not to say I haven’t done any writing at all, I have done. I’ve done a few short stories, worked on a film script, and co-created a new comic strip series. Which doesn’t sound that bad when I type it out like this! But I strongly suspect that in any other year, I’d have done more than that, and even those tasks would have flowed much easier. 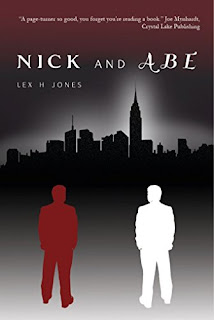 My novel ‘Nick and Abe’. This one tells the story of God and the Devil, agreeing to spend a year on earth as mortal men to see who actually understands the most (or least) about humanity. Their newfound status, however, forces them to revaluate their own relationship as father and son, and perhaps try and find some form of reconciliation. It was a strange one to write, but it got a very nice response from readers.

Probably my children’s book, ‘The Old One and The Sea’. I’d never written a children’s book before, and I honestly didn’t know whether I could do it. Finding the tone for it was a challenge, and even at the point of paying for an editor, I wasn’t sure if I should abandon the whole project. But the reader response to that has been so warm and passionate, with people constantly telling me how they’ve read it with their children. It’s just lovely to hear that. I mean somebody reading your book is always nice, but imagine somebody choosing to read some of your work to their children. That may become one of those children’s favourite memories, and in a small way your work is now a part of it. It doesn’t get much more special than that. 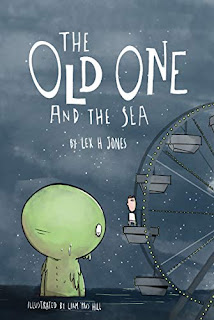 Thankfully nothing I’ve actually had published. However before I sought publication for anything, I wrote several ‘practice’ books to sort of get me in the habit of how to craft longer stories. When I’ve gone back and read some of those lately, they make my toes curl. Some of the story ideas and characters are fine, and I may actually revisit those, but the writing itself is just dreadful. It’s like looking at that wonky table you made in woodwork class aged 8. It might have four legs and a surface, but you wouldn’t dare put a drink on it.

As I have a day job, I don’t really have full writing days. Instead I’ll block out two or three hours either on an evening, or at a weekend, and do some then. And then it’s pretty standard really. Headphones on, hands on keyboard, phone away so I don’t get distracted with anything else that’s vying for my attention.

Can I recommend two? If you want something nice and gentle, then I’d suggest my children’s book ‘The Old One and The Sea’. It also has beautiful original artwork throughout from artist Liam Hill, so it’s worth it even for that. Or my other recommendation would be my latest release ‘Whistling Past the Graveyard’. That one is my first collection of short horror stories, and is currently getting some absolutely lovely reviews. 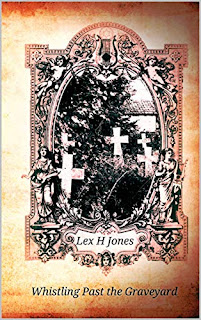 I’m currently working on a second children’s book, and also an occult detective series set in late Victorian London. The first book of this should be out at the end of this year, Covid-permitting. I can’t really say too much more about the second children’s book because I’m not entirely sure where the story is going to take me yet.

Labels: ginger nuts of horror, Lex H. Jones, Nick and Abe, The Lockdown, The Lowdown, The Old One And The Sea, Whistling Past The Graveyard