The Lowdown with... Rosie Garland 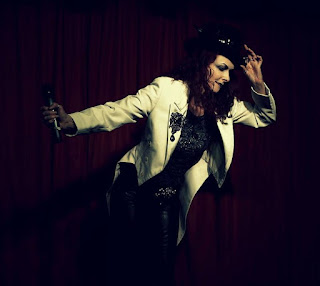 Recently named ‘literary hero’ by The Skinny, Rosie Garland is an award-winning poet, novelist and singer with post-punk band The March Violets. With a passion for language nurtured by libraries, she started out in spoken word, garnering praise from Apples and Snakes as ‘one of the country’s finest performance poets’.

Her award-winning short stories, poems and essays have been widely anthologised. She has received the DaDa Award for Performance Artist of the Year, the Diva Award for Solo Performer, and a Poetry Award from the People’s Café, New York.

Debut novel The Palace of Curiosities (HarperCollins 2013) was nominated for both The Desmond Elliott and the Polari First Book Prize. Second novel, Vixen, was a Green Carnation Prize nominee. Her next novel, The Night Brother is published June 2017. 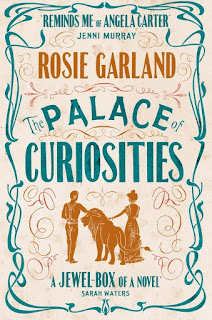 This is the most difficult question, isn’t it?

Let’s start at the very beginning, a very good place to start. An early memory is my grandmother reading aloud: wild tales full of dragons and magical happenings. It planted a lifelong love of reading, and of being read to. It’s why I enjoy poetry events so much. It’s not simply because I enjoy reading my own poems – I get a massive buzz from drinking in the words of others.

If I didn’t sing I’d be miserable. There’s always a musical project or two going on. One of the best-known is my alter-ego, Rosie Lugosi the Vampire Queen, cabaret chanteuse and mistress of musical mayhem. At the other end of the scale is post-punk band The March Violets. We reformed in 2007 and have been amazed at the positive response from our audiences. Not that we are content to rehash tunes from the 80s – we have written dozens of new songs, and they go down well, too!

I’m currently working on a new musical act with multi-instrumentalist Éilish McCracken (Rose McDowall, Sgt Buzfuz, Slate Islands, Ida Barr). I’m inspired by the enduring influence of Music Hall and its power to subvert whilst being thoroughly entertaining. We play the part of time-travelling suffragettes - Armed with banners, a twinkle in the eye and a spanner for throwing into the works, we have travelled to the present day to perform updated versions of nineteenth-century classics such as The Boy I Love Is Up In The Gallery, I’m Shy Mary Ellen and Hold Your Hand Out, Naughty Boy – and many more.

Oh, and I make jam. It reminds me of being a kid and picking blackberries with my mum, the alchemy of transforming fruit into delicious goo. 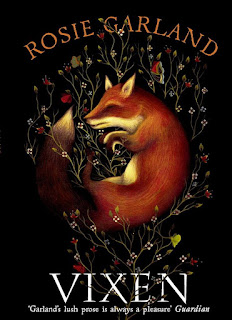 2. What was the first thing you had published?
From early on, I wrote stories for my toys (they were good listeners), and made them into teeny books. But I tasted the heady excitement of first publication at the age of 11, when I sent a ‘knock knock’ joke into a competition and it was printed on the wrapper of a Walls ice lolly.

3. Which piece of writing are you proudest of?
It’s got to be The Palace of Curiosities. Not because I think it’s the best thing I ever wrote (it isn’t), but because it changed everything.

Here’s the short version: I was with a reputable London agency for twelve years, and gave them four and a half novels. But however hard I tried (and did I try), nothing seemed good enough. Then my agent stopped replying to my emails. My confidence was shot. I was at the point of giving up on writing fiction.

I realised that if I was going to get anywhere it would be under my own steam. In 2011, Mslexia magazine announced their first ever Novel Competition. Go on, I said to myself. One last fling. I dusted off novels #3 and #4 and sent them in. Both made the shortlist of ten. I was astounded: maybe I could write fiction, after all. Then novel #4 (published as The Palace of Curiosities in 2013) won outright. Within a week I had an enthusiastic new agent. Within a fortnight she had seven publishers in a bidding war over a novel I’d been told was unpublishable.

I’m proud because I didn’t give up. Despite all the rejections, I kept going. 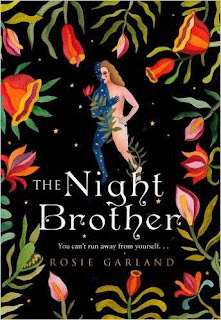 Novel #2. It’s awful. Repetitive characters, four timelines running alongside each other and even worse, it’s boring. Let’s just say I learned a lot about how not to write a novel. It’s tucked away at the back of a drawer and that’s where it’s staying.

5. What’s a normal writing day like?
I don’t have a typical day and flexibility suits me fine. Having said that, I do try to get started in the morning – otherwise I’d put it off and put it off, and suddenly it’d be midnight.

I find the blank page daunting (don’t we all) and have developed a variety of routines and rituals to get the engine running. I start with three pages of journaling. It’s like rubbing the crust out of my eyes. And in company with many creatives, I’m a fan of Julia Cameron's Morning Pages. [NB - FROM EXPERIENCE, I CAN RECOMMEND THESE TOO! SB] I engage with small exercises and build up gradually. I compare it to being an athlete – I’d pull a muscle if I didn’t warm up properly. And, like an athlete, I exercise every day. 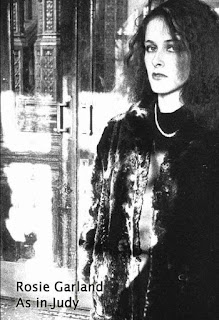 6. Which piece of writing should someone who’s never read you before pick up first?
I guess that depends… fiction, poetry or music? If you like the sound of a novel set in a Victorian sideshow, populated with strange folk who exist on the fringes of society – I suggest The Palace of Curiosities. If your tastes run to a historical novel set in an isolated village in plague-ridden 1349, where the arrival of a mysterious young woman turns life upside down, try Vixen (The Borough Press 2014). Maybe poetry is your thing – in which case, you could check out Things I Did While I Was Dead. Or hang on till December 2016 for my new collection, As in Judy (both are with Flapjack Press.). And if music gets your mojo working, try The March Violets latest album, Made Glorious!

7. What are you working on now?
I am adding the final touches to my next novel, The Night Brother. It’s out in June 2017, with my wonderful publisher, The Borough Press. There’s even a link to pre-order on Amazon. *ahem ahem*  And as I mentioned above, I have a new poetry collection coming out this December! Called ‘As In Judy’, it’s my first collection for years. I’m very excited. There’s a tour planned (that’s another plug, by the way) so keep an eye on my gig list to see if I am coming to a town near you…