The Lowdown with... Ruth EJ Booth 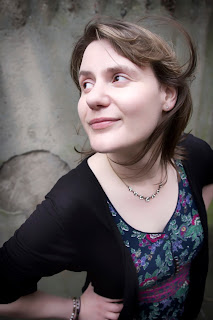 Ruth EJ Booth is an award winning writer from the North-East of England. With fistfuls of credits from The Independent to Kerrang! magazine, she made the leap from rock music journalism to SFF in the early 00's. In less than five years, she picked up the BSFA Award for Best Short Fiction for 'The Honey Trap' (La Femme, NewCon Press), a tale of hipsters and urban gardening. Her short fiction and poetry range from the stories of cracked AIs to the love affairs of Earth spirits, and can be found in anthologies from NewCon Press, Fox Spirit Books, The Speculative Bookshop, and in Far Horizons e-magazine. As of mid-2016, she is also a regular columnist for Scottish SF journal Shoreline of Infinity. A member of the Glasgow SF Writers Circle, you can find news on her upcoming stories in Fox Spirit, Pseudopod and more here. 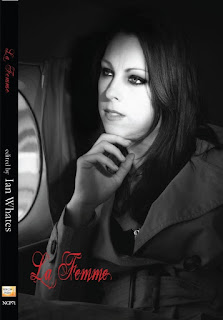 1) As a teenager, I could recite the scripts of series I-VI of Red Dwarf by heart. Not sure how it took me so long to start writing SFF, really.
2) The three most famous people I've interviewed are Bill Bryson, Weird Al Yankovic, and Coby Dick from nu-metal poster boys Papa Roach. Coby had pretty good taste in post-rock, incidentally.
3) At University, I got away with writing both my undergraduate project and my Masters thesis on video games. A wee suggestion if you're a Psychology third year: design experiments around 30 minute sessions on the SNES or Sega Megadrive. You'll never be short of participants.

2. What was the first thing you had published?
Fiction-wise, that'd be a story written for a vanity press anthology that came out in 2012, comprising steampunk adaptations of Shakespeare's plays. I wrote a take on Much Ado About Nothing from the viewpoint of Don John, in a universe where Don Pedro is the head of a steampunk mafia family. There were some interesting ideas in there, but not so much in the title -- 'Much Ado About Steam Presses' -- so perhaps it's lucky that (as far as I know) it's completely out of print. Apart from that, anyone reading Student Direct (the University of Manchester's student paper) in the early 00's will have seen some of my early reviews. And if anyone has the Shiny Toy Guns review, the one with the line about the hula girl in the tumble dryer, please can you send me a copy? 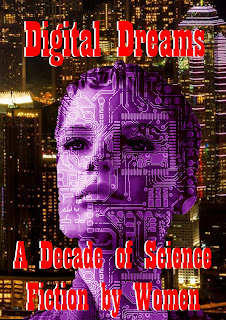 3. Which piece of writing are you proudest of?
That's a hard question to answer. The expectation is to pick the story that's done the most for you, and that would of course be 'The Honey Trap'. I am still very proud of it: the first story I had critted by other people, I was hella nervous about sending it to Ian Whates at NewCon Press (a proper tick off the bucket list that was), and I worked my arse off on the edits. It was a level-up in many senses, and I'm still stunned by the results. But I'm almost always most proud of the most recently completed thing, which gives me a choice of two. The first is the column I've been writing for Scottish SF journal Shoreline of Infinity. At the time I started it, I'd not reviewed or written an opinion piece for a while. Frankly, I was daunted by the prospect of starting again. There's an expectation -- or more accurately, a supposition -- that regular columnists should be some kind of expert or authority, someone who can hold forth on a particular subject, and hired as such. And on that score, I don't consider myself anywhere near -- I can only write about my own experiences after all. Ironically, the first column ended up as an exploration of the weight that expectations can add to your work -- other people's but especially your own. And I think it's some of the best and most honest writing I've done in a while. That appeared in issue 4, followed by my second column in issue 5, which is out now here if you'd like to read it. And the second, that's a short story called 'Telling Stories', which is about the stories we tell each ourselves about our relationships with other people. It's a more experimental mode of storytelling than I've used before, yet at the same time it's quite raw in places, and covers a subject that's close to my heart. It's doing the rounds right now, so we'll see what comes from it. 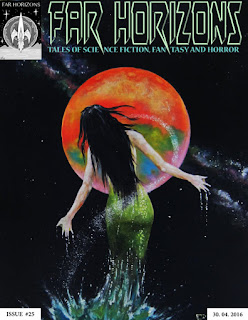 Oh god. Probably any one of the great many unpublished things... and possibly one or two of the published...

5. What’s a normal writing day like?
A normal writing day is usually squeezed around a normal working day. So I have an hour in the morning, an hour at lunchtime, and an hour in the evening. These are split between two hours of writing and, on training days, an hour of running. Weekends, I aim to add another couple of hours writing time on top of that per day. If I fancy a treat, I'll schedule in a couple of hours at a cafe in town (where I'm typing this now). I don't really enjoy writing in the evening -- my ideal schedule would be 8am-2pm, maybe an hour or two at teatime -- but needs must when there's bills to pay.

6. Which piece of writing should someone who’s never read you before pick up first?
It depends what you're after. If you like poetry, I'd say go for 'Love of a Season' in Winter Tales (Fox Spirit) -- or maybe the new poem in Thirty Years of Rain (see below for more details). If you like Horror, try 'Good Boy' (recently reprinted in Far Horizons' April 2016 Staff Picks issue, which you can find here). If you like non-fiction, go for my column in Shoreline of Infinity. If you're into SF and schadenfreude, try 'The Honey Trap' (reprinted earlier this year in Digital Dreams, available from NewCon Press). 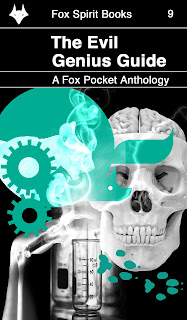 7. What are you working on now?
I’ve just finished a couple of things, including copyedits for a brand new poem, ‘Picture, of a Winter Afternoon’, which appears in Thirty Years of Rain (out now). This anthology marks the 30th anniversary of the Glasgow SF Writers Circle -- and considering its alumni include Amal El-Mohtar, Louise Welsh, Gary Gibson, Hal Duncan, Mike Cobley, Eliza Chan and Neil Williamson, I could not be more proud to be involved. Meanwhile, my latest published short story, (deep breath) 'Dame Ammonia Dastardly-Truste's Evil Genius College for Ladies Class of 2013: Graduation Speech [Transcript],' is in Fox Spirit's Fox Pockets: Evil Genius Guide. And, there are the things I've already mentioned. Also, while this isn’t directly about writing, I’ve just moved up to Scotland to study at the University of Glasgow for their MLitt in Fantasy. We’ve had some fascinating insights into the genre so far, including Shelley’s thoughts on universal truth, and George MacDonald on message and the role of a reader. On top of that, joining the passionate folks in Glasgow’s vibrant writing scene really has been a joy. I can’t wait to see what the next two years will bring. In the meantime, I’ll be working on more columns for Shoreline of Infinity, more short stories, more poetry. Oh, and my first audio story is due out from Pseudopod next year. So it might be worth keeping an eye on www.ruthbooth.com for whatever comes next.
Posted by Simon at Wednesday, October 05, 2016