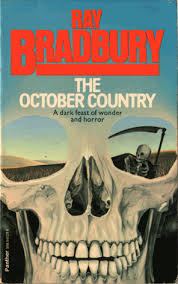 After a round-up of some notable recent stories, here are a few of the classics. They’re classics as far as I’m concerned, anyway - the most recent dates from the 1980s, so some people might quibble, but this is my blog and my list, so get your own if you don’t like it. :P

There are some well-known tales here, but hopefully a few you won’t have heard of before. Tracking some of them down might be easier said than done, but it’s well worth the effort.

1) The Scythe by Ray Bradbury
The Great Depression. Driven from their land, the Erickson family run out of fuel and road in the middle of nowhere – and find a farmhouse. Inside is an old man, dead, and beside him lies a handwritten will bequeathing his farm and wheat-field to whomever finds him. With the wheat-field comes a scythe, and every stalk of wheat it cuts down is a human life...

Where to read it: The October Country, or the text is online here.

2) Sredni Vashtar by Saki
Conradin, a sickly twelve year old, hates his domineering guardian, Mrs De Ropp. In secret, he keeps a huge, feral ferret, which he worships as a god and christens ‘Sredni Vashtar’. And he prays to it for vengeance. Darkly funny but ultimately thrilling, it’s a classic, read beautifully here by Tom Baker:

Where to read it: The Complete Saki, funnily enough. Or the text is online here.

3) Man Size In Marble by E. Nesbit
Edith Nesbit is best-remembered for children’s books such as The Railway Children and The Phoenix And The Carpet, but also wrote some fine tales of the weird and macabre. Newlyweds John and Laura move to the country. In the local church lie two marble effigies: on All Hallows Eve, they come to life and walk...

Where to read it: Nesbit's collection Man-Size In Marble And Others. Or read the text online here.

4) The Boorees by Dorothy K. Haynes 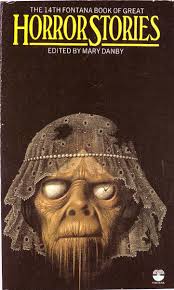 A girl grows up with stories about the chimney-dwelling creatures called ‘the boorees’. As a grown woman, employed as a nanny, she tells the story to her brattish charge, Dennis, who tries to torment the boorees in order to see them. Unfortunately, he succeeds.

Where to read it: Unfortunately, this one is probably the toughest one on this list to find. As far as I can tell, it only ever appeared in The 14th Fontana Book Of Great Horror Stories, which is very hard to lay hands on, though it looks as though Amazon has a copy here. As DKH only passed away in 1987, it's still under copyright, so the text isn't anywhere on line.

5) Slime by Joseph Payne Brennan
Joseph Payne Brennan’s novelette features a grey-black, protoplasmic monster flung up onto dry land during a storm. Ravenously hungry, shapeless, incapable of being harmed by bullet or blade, it haunts the woods around a coastal town in a seemingly unstoppable reign of terror.

Where to read it: This one has been widely anthologised, in The Fourth Pan Book Of Horror and Barbara Ireson's Creepy Creatures among many, many others. Go to the ISFDB listing and take your pick!

6) The Acquittal by A.M. Burrage
Burrage was a hugely prolific writer of supernatural tales, and this is one of his finest. John Frenchal has escaped the hangman’s noose for the murder of his wife, whom he hated even more for her endlessly loving and forgiving nature. As he makes his way home, shunned by all who knew him, he finds that her devotion and forgiveness persist even in death.

Where to read it: The Acquittal & Other Stories.

7) Second Comings, Reasonable Rates by Pat Cadigan
Horror of a science-fictional nature, from Cadigan’s collection Dirty Work. In the not-too-distant future, death isn’t the end for those who can afford it: you can live on as an android replica of yourself, complete with memories. But what happens when the dead don’t even know they’re dead?

Where to read it: Dirty Work.

8) The Baby-sitter by Alison Prince
‘You must write for children the same way you do for adults, only better’ said Maxim Gorky. There are some superb ghost stories written for children, and Alison Prince has written some of the best. This one is from her collection Haunted Children. Little Nigel’s regular baby-sitter is ill, so his parents ask the gardener, Mr Pope. Mr Pope’s been waiting to baby-sit Nigel for a long time, because he has a story to tell him, about the spectre that has watched him since childhood. And now it will watch Nigel.

Where to read it: The story's been anthologised several times, so take your pick from the ISFDB! 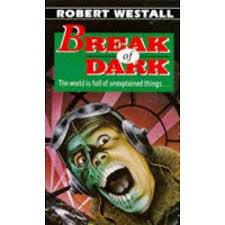 9) Blackham’s Wimpy by Robert Westall
Another one written with younger readers in mind that works just as well on adults, set in a Bomber Command squadron during the Second World War. A young pilot tells of his crew’s rivalry with Flight-Sergeant Blackham – a cruel, brutish bully, hated by the other pilots he flies with. When Blackham’s ‘Wimpy’ (Wellington Bomber) shoots down a German fighter during a raid, Blackham and his crew gloat over the pilot’s screams as he burns to death. But the pilot, Dieter Gehlen, haunts the bomber, taking revenge first on Blackham and his crew, then on anyone else who flies in it.

Where to read it: Break Of Dark.

10) Wolverden Tower by Grant Allen
Grant Allen was something of a pioneer in science fiction and the detective story, as well as a scientific essayist of repute. In between, he found time to pen several remarkable ghost stories, including this one. Maisie Llewelyn, visiting Wolverden Hall, befriends two mysterious girls, Hedda and Yolande. She learns that the church tower is ‘fasted’ with the sacrificial blood of three maidens, protecting it against fire and lightning. But now it has been rebuilt, it is vulnerable – unless a new sacrificial guardian can be found.

Where to read it: Anthologised in quite a few places: once again, the ISFDB is your friend here! Or Project Gutenberg have the full text here.

And if you still need more Halloween reading matter, Simon Bestwick's collection of ghost stories, A Hazy Shade Of Winter, is available as an ebook here. You can read a sample here if you so wish.
Posted by Simon at Sunday, October 30, 2016