The Lowdown with... K.T. Davies 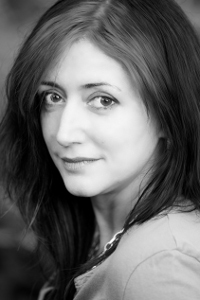 About KT, AKA @KTScribbles on Twitter
I was born in the wilds of Yorkshire or ‘the North’ for all you southern types/those with a ‘thing’ for Game of Thrones. I somehow blagged a 1st in literature and have worked variously as an actor, a scaffolder, a teacher, and until fairly recently, a theatrical prop maker — Look on my (past) works ye mighty and despair!
I have a lifetime membership of Club Nerd and play all manner of computer/console game as well as the unplugged varieties which I sometimes review for SFcrowsnest. I also review books n’ stuff. As if that wasn’t enough to prove I’ve earned my platinum geek credit card, I practice medieval martial arts (occasionally on horseback) I larp, read comics and wargame.
Interesting (?) factlets
I once fell down the highest mountain in Taiwan and was shown out of the jungle by a couple of tribesmen in exchange for a packet of cigarettes.
I have been taught to wrestle by ‘Crybaby’ Jim Breaks. I’ve been stabbed in a knife fight and I’ve got the scar to prove it.
Keeping me off the streets and (mostly) out of trouble is my partner, Ewan, ably assisted by our kids, three dogs, and one very grumpy cat. 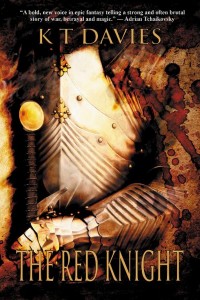 1. Tell us three things about yourself.
I have a weird fascination for baseball films. No idea why, I don't actually like the game.

I've been playing computer games since the days of dial-up modems— first MUDs; stuff like Shades and Avalon, before moving on to shiny graphical MMOs like EQ, EQ2, DAoC, City of Heroes, Secret World, Warhammer, TESO. (Beta'dVanguard. It was a bit of a disappointment). I've cut back an awful lot, but for a good many years I was my own computer games widow...when I wasn't larping, or playing tabletop games, or wargaming...

I'm a terrible cyclist.
2. What was the first thing you had published?


The first thing I had published was a short story called "The Deal" in an anthology called Day of Demons. It's a short story about Breed, the eponymous protagonist of my latest novel which is a finalist for the Robert Holdstock Award for Best Fantasy Novel 2015, which is nice.


3. Which piece of writing are you proudest of?


That's a toughy. I'm proud of everything I've had published, but I'm sure I could re-write it all. Nothing is ever finished as far as I'm concerned.

4...And what makes you cringe?


Nothing really, although I could tweak everything endlessly. I've got a book of angst-ridden poetry that I wrote when I was a yoof. It will never be published, because it's rubbish, but it certainly makes me cringe. 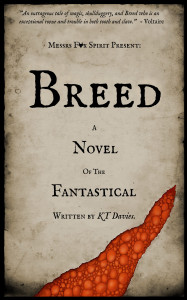 Pretty boring really. Fall out of bed, launch the kids, do emails then write until lunch. After lunch write until tea time, then maybe write a little longer on how chaotic it gets. I might write in the evening if I've got a deadline and I've fallen behind or sometimes if I have a 'burn' on for what I'm writing. I try to avoid writing late at night because it's usually drivel.


All roads lead to my second novel Breed at the moment. it's fantasy, it's dark and yet quite amusing, so I'm told.


A non fiction writing job because I gots ta eats. When I get a bit of free time, I'll be cracking on with Breed 2.