The Lowdown (Mr & Mrs Edition) Part One... with Thana Niveau 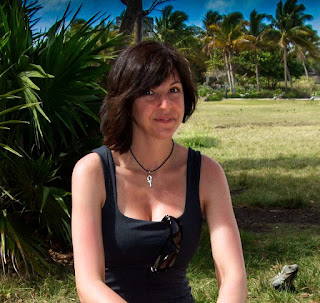 Something a bit different with The Lowdown this week, as this week's subjects are husband and wife! Today we feature the wonderful and talented Thana Niveau, while Friday's interviewee will be her worser half, the inimitable 'Lord' John Llewellyn Probert (or 'Lord Probe' as I affectionately call him, but that's another story)

Thana Niveau is [in her own words] a Halloween bride who lives in a crumbling gothic tower in Wicker Man country. She shares her life with fellow horror scribe John Llewellyn Probert, in a Victorian library filled with arcane books and curiosities. She has twice been nominated for the British Fantasy award, for her collection From Hell to Eternity and for her short story “Death Walks En Pointe”. [published in The Burning Circus.]

All her life Thana has been drawn to the darker aspects of life. She was a fearful child, plagued by 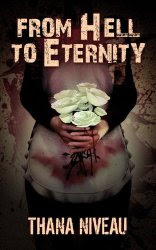 nightmares and anxiety. Horror saved her. Scary films gave her an outlet for all that darkness and fear became her friend. Jason and Freddy were her childhood companions. On the literary side, Poe was her first great horror love, followed swiftly by Stephen King and Ramsey Campbell. Their stories frightened her while at the same time inspiring her. She still had nightmares, but now they were more like visits from a slightly sadistic muse. Writing all the scary stuff down turned it from a curse into a blessing.


1. Tell us three things about yourself.
1. I was raised by Trekkies (we did costumes, conventions, the whole bit) and I loved SF all my life. But I fell out of love with reading (and writing) it sometime in my 20s and have only just rekindled the flame in recent years. 2. I have kissed the propeller of the SS Thistlegorm, 30 metres below the surface of the Red Sea. 3. I got married on Halloween. 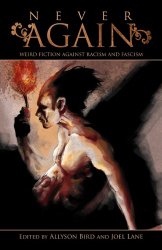 2. What was the first thing you had published?
Well, not counting the poetry competition I won when I was 12 or university literary magazines and pre-Internet lit-zines (remember those?), my first proper publication was “The Death of Dreams”, a dystopian futuristic story I wrote for Joel Lane and which appeared in the charity anthology NEVER AGAIN. 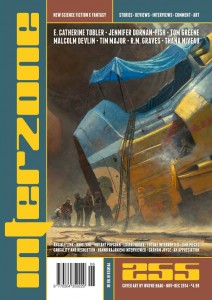 3. Which piece of writing are you proudest of?
Possibly my story “The Calling of Night’s Ocean”, which was my very first SF publication (INTERZONE #255). The story concerns the infamous 1960s experiments with giving LSD to dolphins, and it’s told from both the experimenter’s and the dolphin’s point of view. It was wonderful to see things through the dolphin’s eyes and to put things into her own language. It’s a world I loved being in and I will definitely be returning to it one day – in a much longer form!

4. …and which makes you cringe?
I couldn’t bring myself to publish or share anything I thought was truly cringe-worthy, but obviously we all have some stories we like better than others. Some of my early efforts were pretty awful, though. I remember one called “The Dolls”, which was about a teenager who goes to babysit a hideous little girl named Stella, who plays with dolls. As the night wears on, the hapless babysitter gets cold and begins to go stiff, leading to a wholly predictable conclusion. I think the final line was “Stella liked her new doll.” But hey, we all have to start somewhere. 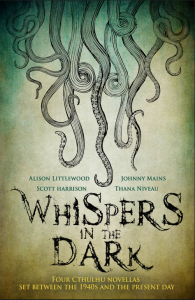 5. What’s a normal writing day like?
I’m usually awake around 6 am (I’m one of those freakish morning people). I check emails and Facebook and Twitter to get it all out of my system (yeah, right) and then I pick some music to write to, almost always film scores. Different stories demand different music, so occasionally it might be classical, Pink Floyd or Tangerine Dream. Songs with lyrics are generally too distracting, but sometimes it’s necessary. When I wrote my 1960s novella NOT TO TOUCH THE EARTH, [published in Whispers In The Dark] I had to feed my head with 60s rock to help capture the flavour.
Then it’s time to open the current document (often one of many works in progress) and either stare in horror at the empty page or reread the previous day’s prose and shake my head in despair. I have a highly frustrating habit of being unable to just get all the words down on the page and fix them later. I work very slowly, very obsessively, and I edit constantly as I go. I’m trying (so hard, oh so hard!) to train myself out of it, but for now it’s how I work. I can write for hours or for only a few minutes – it just depends how the creativity flows on a given day.
I also spend disproportionate amounts of time on research, gathering more information than can possibly go into the story. (I know I’m not alone in this!) I’m genuinely interested in whatever I’m learning, but of course it’s also a great displacement activity. It’s more justified with longer works and some of the ideas I’ve harvested for the current work-in-progress are truly fascinating. 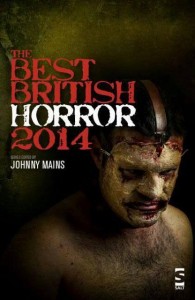 Well, I’d suggest my haunted house novel THE NEEDING, but it’s still searching for a home. So in the meantime, one of my personal favourites – “The Calling of Night’s Ocean” or “The Curtain”. They both have a flavour of Lovecraftian cosmic awe (even oceanic awe). Although “The Calling” was published in INTERZONE, it’s as much horror as SF. And “The Curtain” is one I wrote whilst deep in the throes of love with diving. I love being down below the surface with the brightly coloured fish and coral. It feels like coming home. So it was fun to turn my underwater dreamland into a scary place for that story. 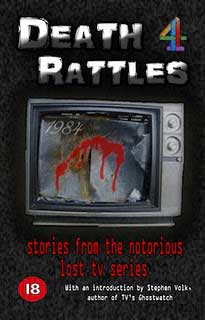 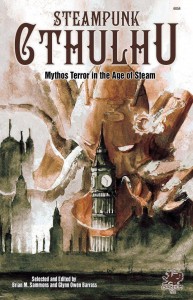 I’m writing a novella for Spectral Press’s new SF imprint, rEvolution. It’s gone through a few working titles already, and I won’t jinx it by committing the current one to paper (pixels?), but I will say that it deals with dreams and hallucinations and draws on some of the wilder ideas of Dr John Lilly (yes, him again - he of the infamous dolphin/LSD experiments). The man was a treasure trove of trippy inspiration!

At the same time I’m also writing a Cornish terror tale and an SF story about bees and the end of the world.
Posted by Simon at Monday, October 19, 2015