The Lockdown with... Sean Hogan 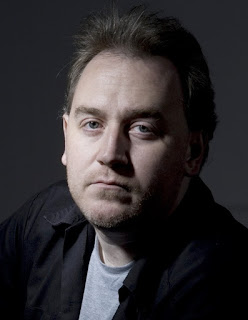 Sean is a writer and filmmaker living in Margate. He has published three books to date: England's Screaming, Three Mothers, One Father and a critical monograph on the film Death Line. His feature film credits include The Devil's Business, Future Shock! The Story of 2000AD and The Borderlands, as well as a long trail of cinematic corpses that he'd rather not talk about.
I once annoyed Sylvester Stallone so badly at a London Film Festival Q&A (simply by asking a non kiss-ass question) that they terminated the session immediately afterwards.


I own a psychotic cat named Tuco, who I have long suspected isn't actually a feline at all, but a demon familiar from the lower depths of Hell.

Kim Newman and I devised two horror anthology plays, The Hallowe'en Sessions and The Ghost Train Doesn't Stop Here Anymore (written by ourselves and a host of other extremely talented genre writers) and staged them both in London. People often ask if we'll ever do another. The answer to that is, I directed both shows and it nearly killed me. Twice. I'm not particularly eager to try for third time lucky.
I haven't found that it's affected me too badly, possibly because, as someone who's decidedly agnostic about social media anyway, I usually manage to resist the urge to doomscroll too much. So my day-to-day writing routine is pretty much what it always was – bursts of activity punctuated by general indolence.
That would be my book on Gary Sherman's excellent film Death Line, back in 2017. I'd done various bits of non-fiction writing (interviews, essays, reviews) over the years, but when I was actually commissioned to contribute to what was ostensibly meant to be a series of critical monographs, the book somehow ended up being mostly fictional. I had such a good time doing it that it A) served as a gateway into me doing more prose fiction, and B) ended up spawning the next two books I had published.
I suppose it would have to be England's Screaming, simply because it was an idea I'd long fantasised about, without ever really believing I would or could actually write it. And when I did finally decide to make the attempt, I still had no idea as to exactly how I was going to go about it, or whether I was capable of writing something of novel length. So the fact that I even completed it felt like a massive accomplishment at the time. Now that the book's been published and people seem to be responding to it, there is definitely a certain sense of pride that I managed to pull it off.
The horror stories you hear about screenwriting are all entirely true. So you can pretty much go to my IMDB page and pick out any film not called The Borderlands (where, incredibly, they just shot what I wrote without changing anything, and it worked!) where I was employed solely as a screenwriter, and I guarantee you that not only do they make me cringe, but reliving the memories of working on them is enough to send my blood pressure surging through the roof.
It really depends what I'm working on. Scriptwriting is almost second-nature to me now, so I find that decidedly less onerous and can get much more done without wanting to burst into tears or make a dash for the wine rack. But if I'm working on prose fiction (which I've been doing a lot more of recently), I'm still training my writing brain to think that way, which makes the work a lot slower/more frustrating. Add to that a healthy case of Imposter Syndrome (“I'm just a screenwriter, what moral or ethical right do I have to write ACTUAL PROSE?”), and I'm grateful if I can slog through 1000-1500 words in a day. And possibly this is entirely down to my own laziness, but I also seem to be an either/or writer. That is, I only seem to be able to work on one thing on any given day – I generally don't, say, find myself bouncing between prose pages in the morning and scripting in the afternoon.
If I actually liked kids, I might compare this to having to choose between my own children. Well...I'll say England's Screaming again, because it's the meatiest of the books and seems to generally be having the desired effect for readers; that is, it's not solely aimed at those people who'll get every last obscure film reference, but should also work both as a primer on some interesting movies you might not have seen, and as a plain and simple story. But while I'm at it, I'll be completely shameless and say that if you liked that one, then you might want to consider picking up my other 2020 book, Three Mothers, One Father, which is a Eurohorror semi-sequel to England's Screaming, and possibly even the monograph on Death Line, the narrative portion of which functions as a sort of prequel to it. (I hear shared universes are very hot right now.)
Two writing projects, currently: a game script for a first-person shooter, and a novel proper, The Corpse Road. And there are one or two film projects bubbling under, assuming we're not all just scrabbling around in the ruins of civilisation come the end of the year...
Posted by Simon at Monday, August 03, 2020