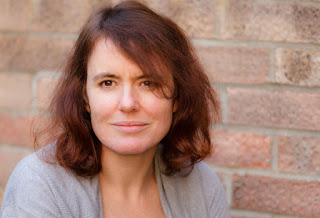 I’m Keris McDonald, horror/fantasy writer. And I’m Janine Ashbless, writer of erotica — both
hardcore and romantic. In fact until recently all my social media presence was under the “Janine” name and I’ve only Come Out on Facebook in the last few weeks, after I got a gig writing for the Chaosium games company.

So I've been thinking about Erotica v. Horror. Two separate genres, though clearly there is a potential overlap, as there is between all forms of genre fiction. I actually started out my career writing horror, then switched to erotica for many years (thus, incidentally, working my way down the literary pecking order. Some big name horror writers do write the smutty stuff, or have done in the past. But they like to keep that a secret). Nowadays I seem to be veering back toward horror somewhat. 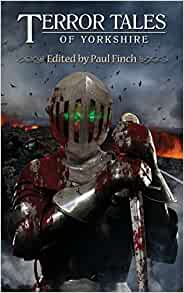 The two genres actually have a whole lot in common, I believe: 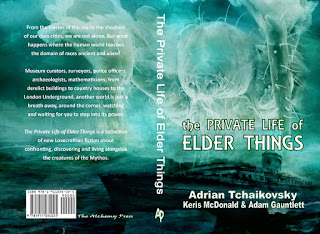 Keris McDonald’s short stories have been published in Supernatural Tales, All Hallows and Weird Tales magazines, and in the anthologies At Ease with the Dead, Shades of Darkness, Hauntings, Impossible Spaces, The Alchemy Press Book of Horrors, Genius Loci, Dark Voices, Terror Tales of Yorkshire, The Scent of Tears, Legends vol. 3, and The Forgotten and the Fantastical Vol.5. Her story “The Coat Off His back” was picked up for Ellen Datlow’s Best Horror of the Year #7. She is one-third of Lovecraftian collection The Private Life of Elder Things.
Keris lives in Yorkshire with her husband, dogs and library. She’s a keen table-top-roleplayer and LARPer and has just worked out she’s been playing Dungeons and Dragons for forty years now. Her mother has given up expecting better of her.

If you are interested in reading examples of Keris’ erotica that she’d class as horror too, try:
Lord Montague's Last Ride in Cruel Enchantment
Cold Hands, Warm Heart in Dark Enchantment
At Usher's Well in Fierce Enchantments
and Red Grow the Roses.