Things of the Week 14th June 2019: The Rewrite That Will Not Die, Paul Darrow, And Cannot Come Again, and Stuff I Cannot Talk About Right Now 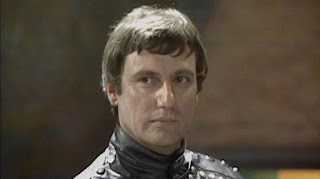 Sorry it's been a quiet week on the blog and elsewhere. I've been struggling with a few things, principally anxiety, fatigue and The Rewrite That Will Not Die - of which more in a moment. Hoping to restore normal service next week, or something like it.

June has brought more sad news, with the passing of the actor Paul Darrow. He was best known for playing Kerr Avon in Blake's 7: a complex, ruthless character who managed to be somehow likeable in spite of it all, locked in a love-hate relationship with Gareth Thomas' Roj Blake. Blake's 7 was a huge influence on the Black Road novels - there's some of Avon in Gevaudan Shoal, and there's also a character called Darrow. By all accounts a funny and genuinely nice guy; I'm sorry I never got a chance to meet him in person. 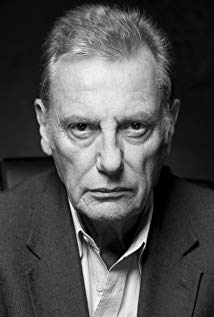 Nearly ten years ago now, I wrote the first draft of a novel. It was the biggest, most ambitious work I'd ever attempted. I began it right after finishing my first novel, Tide Of Souls, and it soon became clear that I wasn't equal to the task. But at the same time I couldn't stop, and ended up with a first draft of about 170,000 words that had more things wrong with it than I could count, and which neither of the publishers I had a foot in the door with were interested in.

So I put it aside and went to work on something else. But I kept coming back to it, and eventually started listing everything wrong with the damned thing, then correcting it. Eventually there was a second draft, this one nearly 250,000 words long.

Finally I sent the thing to my agent; I'd spent a couple of years meaning to go through it again, but by now I was half-convinced the thing was a white elephant nobody would be interested in. Better to send it off and find out if there was any point. 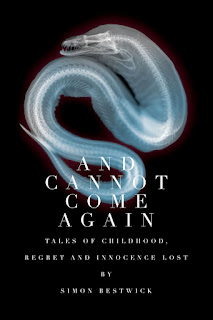 My agent decided that there was, and sent back a long list of things to be fixed, and so began The
Rewrite That Will Not Die. I've been working on it since last year; I'm not done yet, but (inshallah) I'll be finished this month, and can then gear up to starting a new novel.

I finished with the copy-edits of And Cannot Come Again last week, and I'm just waiting on the final proofs. (Review copies are available, to any reviewers or book-bloggers out there.) The release date has edged back slightly - July for North America, August for the UK.

I've had some very exciting news in the last week, but annoyingly, I can't actually say anything about it right now. Watch this space for more.

Paul Darrow's Avon was known for his sardonic sense of humour and put-downs, so I'll leave you with a compilation of some of his best moments. RIP, Mr Darrow, and may the Liberator carry you safely home.

Get your own valid XHTML YouTube embed code
Posted by Simon at Friday, June 14, 2019