The Lowdown with... Nicholas Kaufmann 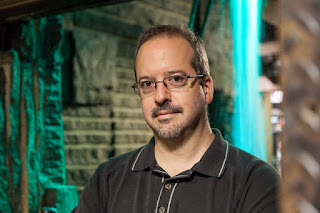 Nicholas Kaufmann is the critically acclaimed author of numerous works, including the Bram Stoker Award-nominated General Slocum’s Gold, the Thriller Award-nominated and Shirley Jackson Award-nominated Chasing the Dragon, Still Life: Nine Stories, Dying Is My Business, Die and Stay Dead, In the Shadow of the Axe, and 100 Fathoms Below, co-written with Steven L. Kent. In addition to his own original work, he has written for such properties as Zombies vs. Robots and The Rocketeer. His short fiction has appeared in Cemetery Dance, Black Static, Nightmare Magazine, Dark Discoveries, and others. His non-fiction has appeared in On Writing Horror (Writers Digest Books), Dark Scribe Magazine, Annabelle Magazine, Fantastic Metropolis, Hellnotes, Rue Morgue, and others. He has also served on the Board of Trustees for the Horror Writers Association and is a member of the International Thriller Writers. 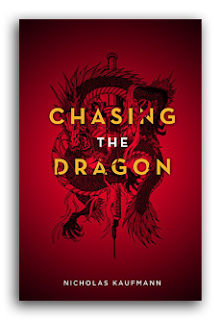 1. I've been writing since 4th grade, when I wrote my first illustrated story about a boy and his father who are stranded on another planet filled with monsters and dinosaurs. As you might imagine, I had some issues about how little time my father was spending with me!
2. I was the founder and president of my college's Godzilla Film Club, in which I showed a different Godzilla film every other week from my own personal VHS collection. Frequently, I was the only one there.
3. I don't like avocado. I just don't. You can have mine.

2. What was the first thing you had published?
I had a few things published in my high school and college literary magazines, although nothing I would want anyone to read today. My first professionally published piece was the short story “La Bête est Morte” in the anthology BELL, BOOK & BEYOND, edited by P.D. Cacek.

3. Which piece of writing are you proudest of?
I'm very proud of the story "The Fire and the Stag," which appeared recently in BLACK STATIC #63. I think it might be the best thing I've written so far!

4. …and which makes you cringe?
Oh, man. Any number of my early stories make me cringe. It's hard to choose just one. Maybe "Better Off with the Blues," which appeared in the charity anthology SCARS, edited by Gina Osnovich, in 2001. The anthology was for a good cause, the Red Cross, and it raised a lot of money, but looking back at that story...ugh. It was my first attempt at writing something voicey, and all the cliches and forced folksiness just make me cringe now.

5. What’s a normal writing day like?
I tend to write in the afternoons, rather than the mornings, so I'll grab some lunch and then do my writing in the New York Public Library's main branch (the Ghostbusters branch, I call it). It's a beautiful building and being there inspires me. Being around other people also keeps me honest. I can write at home, too, but I usually get less done. There are too many distractions at home. 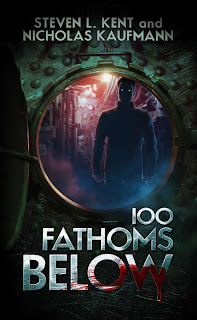 It depends on the reader, of course, but most people seem to recommend CHASING THE DRAGON to their friends. My most recent novel, 100 FATHOMS BELOW, co-written with Steven L. Kent, is another I'd probably tell people to read first.

7. What are you working on now?
I'm working on a new horror novel, tentatively titled THE HUNGRY EARTH, in which a new residential and commercial development is being planned on a capped landfill where something happens to be living underground, something that used to eat the garbage, but now that no more garbage is coming it has to find a new source of food.
Posted by Simon at Tuesday, March 12, 2019