The Lowdown with... Carrie Laben 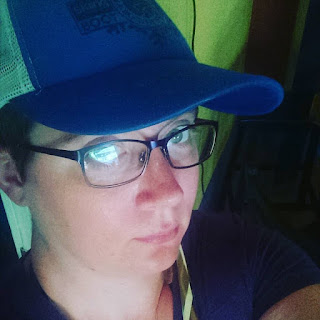 Welcome to the first Lowdown of 2017! Bit of a belated start, I know - having started a day job towards the end of last year, it's thrown some of my normal daytime scheduling out. Nonetheless, now it's back, so please welcome 2017's first guest - U.S. author Carrie Laben.

Carrie Laben grew up in western New York on a small dairy farm. After stints in Ithaca and Brooklyn, New York, she earned her MFA at the University of Montana in scenic Missoula. She now lives in Queens.

1. Tell us three things about yourself.
- The first thing that most people learn about me is that I'm an avid birdwatcher, and I'm very interested in environmental issues generally. Back when I considered it impractical to want to be a writer, I got a B.S. in natural resource management. The most I've ever used that degree for is helping my friends with birds that accidentally got inside. So much for practical.
- I'm the oldest of seven children. Relationships between siblings play a major role in my work for some reason.
- My favorite place I've ever lived is Missoula Montana, despite the fact that I didn't have a car the whole time I lived there. I've never had a car or a driver's license. 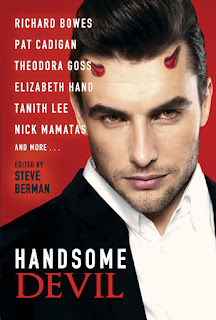 My first pro publication was "Something in the Mermaid Way" at Clarkesworld Magazine back in 2007. Nick Mamatas, who was editing at the time, called me creepy, and that was about the best thing I could think of. Then that story got nominated for a Shirley Jackson Award and picked up by Rich Horton for Fantasy: The Best of the Year. It all gave me a rather skewed perception of how things were going to go from then on!

3. Which piece of writing are you proudest of?
Tough call, but the one I wish more people had read was "And Neither Have I Wings to Fly", which was in Bewere the Night, an anthology of shapeshifter stories. I got to do some fun stuff with POV in "The Fledglings of Time" in Zombies: Shambling Throught the Ages. My most recent story, "Postcards from Natalie", I think has an emotional depth that I hadn't ever quite gotten to before. Like I said, tough call.

4. …and which makes you cringe?
"Cringe" is a strong word but "A Shot of Fireball" in the anthology Handsome Devil was composed with the idea that it would eventually be part of a larger work, and when I look at it now all I can see are the loose ends. 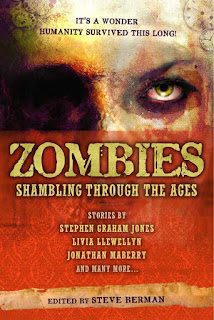 5. What’s a normal writing day like?
I'm a night owl. On a good day I get up at eight or nine, have coffee and do some yoga before I get my butt in the chair, and work on my nonfiction freelancing gigs until I break for lunch at one or two pm. Then there's an interval of putzing around and taking care of correspondance and invoicing and errands and whatnot. My most productive time for fiction is after dinner until midnight or so.

6. Which piece of writing should someone who’s never read you before pick up first?
"Something in the Mermaid Way" at Clarkesworld or "Postcards from Natalie" at The Dark. Both are available online and between them they span my career to date.

7. What are you working on now?
I'm finishing up a new draft of my novel, which is about a pair of sisters - surprise! - with psychic powers on a post-jailbreak road trip to the heart of their family's history of abuse and deceit. Also to Minnesota.
Posted by Simon at Sunday, January 22, 2017