The Lowdown with... Steve Duffy 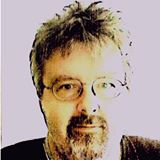 Steve Duffy’s work has appeared in numerous magazines and anthologies in Europe and North America. His most recent collection of weird short stories, The Moment Of Panic, was published in 2013, and includes the International Horror Guild award-winning short story, “The Rag-and-Bone Men”. More recently, Steve's story "Even Clean Hands Can Do Damage" won the Shirley Jackson Award for Best Novelette last month! He lives in North Wales.

1. Tell us three things about yourself.
Let’s see. I began my showbiz career alongside Carol Vorderman, when we both appeared on radio’s Top Of The Form in the 1970s. Sadly, she decided to go her own way afterwards, and I often wonder what became of her. I’ve met and spoken with two of North Wales’ most notorious murderers: child-killer Howard Hughes, who I used to forcibly remove from the premises of the training centre at which I worked roughly once every six months, and serial killer Peter Moore, outside whose corner shop I used to wait for a lift home when working in Rhyl. Finally, I share 98% of my DNA with gorillas. 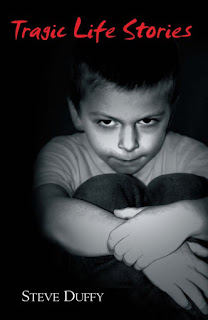 That would be a story in Ghosts & Scholars magazine, sent more or less on a whim: I’d written it as a Christmas present for friends. You could have knocked me down with the proverbial feather when Rosemary Pardoe accepted it. Mind you, I actually sent her two stories, one of which she knocked back while accepting the other, so that was a useful reality check right there.

3. Which piece of writing are you proudest of?
It changes, honestly, whenever I go back and look at stuff – which is not all that often. It’s a cruel thing, how writers write the stories they want to read, but in the process of writing them lose sight of any conceivable pleasure that might had in reading them back. (I’m assuming that’s not just me?) So I’d have to say, I’m most pleased whenever I reread something of mine and I can’t remember having written it in the first place. The more often that happens over the course of a story, the happier I’ll be with it. 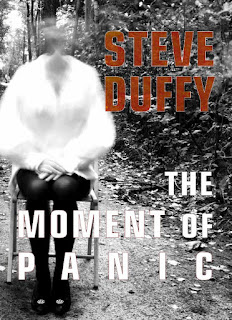 4. …and which makes you cringe?
Ooh, far too many examples to list. I suspect there’s always a gulf between the original idea, all shiny and perfect in your mind, and what you eventually manage to get down on paper. Specifically, though, catching myself out in the act of overwriting will always make me curl up like a salted slug. That’s a fault well worth eradicating.

5. What’s a normal writing day like?
I prefer to write either at the very beginning of the day, or at the very end. At my most prolific, I used to wake up at ridiculous o’clock and get a thousand or so words under my belt before the day had properly begun. Once I got properly plugged in to the story, it would just flow like automatic writing. The end of the day would be a good time to revise and rewrite (which you should always do when stuff flows like automatic writing, by the way). An annoying thing is that I can’t write with distractions in the background. I really envy those people who can pull out the notebook or the laptop anywhere, anytime, get to work and just tune out the rest of the world. I’m far too delicate a snowflake to be able to do that.

6. Which piece of writing should someone who’s never read you before pick up first?
Well, if people are trying to keep within budgets, I think a good place to start would be the Kindle edition of my collection Tragic Life Stories, on sale at a highly reasonable £4.61 / $5.99. If you like that, then you ought to try my latest collection The Moment Of Panic, available in a sturdy and durable hardback.

7. What are you working on now?
I’ve enclosed a screencap of my Work In Progress folder: all these stories are in various stages of construction, some completed to first draft stage and awaiting revision, some barely begun, most somewhere in between. By the middle of the year I’m hoping there will be enough finished to start pitching a new collection to publishers.