The Lowdown with... Kate Jonez 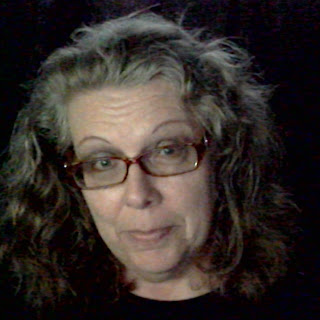 1. Tell us three things about yourself.
I have a completely useless form of synesthesia. When I'm working on a repetitive physical task like painting a wall or laying stones along a garden path, whatever I'm listening to at the time gets stuck in the fabric of what I'm working on. I remember the words when I touch the thing. For example when I reframed a sketch I did years ago, snippets of CSI dialog came back to me when I touched the paper. This sounds like it could be useful but it's really not. I have audiobooks and TV shows stuck to all sort of things in my house I have to be careful what I touch or I'll go down a rabbit hole.
I like the outdoors but I don't want to get any on me.
I enjoy a nice spreadsheet list.

2. What was the first thing you had published?
My first sale was a tale of otherworldly poker playing sold to a one of those magazines you get free in casinos. I made a ton of money and was sure, in no time, I'd be rich from short story writing. I was wrong. 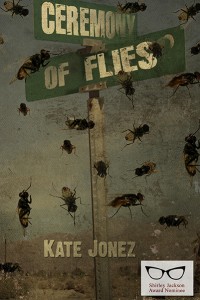 It would probably be easier to choose my favorite child. I prefer the one who cleans up around the house and isn't always pestering me for money. If I had to pick just one piece of writing I'd have to pick my short story "Poor Me and Ted". When I reread stories after I've been away for them for a while to reprint them or do a reading I almost always want to fix them. I've never felt that way about this one, so it must be the best. An audio version performed by the fabulous Tatiana Gomberg is available on Pseudopod.

4. ...and which makes you cringe?
I wrote this screenplay once about angsty lesbian vampires... I called it Deep Red because nothing has ever been titled that before, right?

5. What's a normal writing day like?
I try to get 2 or more hours of writing done before noon. I always seem to have a long list of other things I'm supposed to be doing, so many days this is a challenge. I also try to devote 5 days a month just to writing. On a full day of writing I've learned I have to just unplug the wireless so I won't be tempted by the lovely, lovely internet. 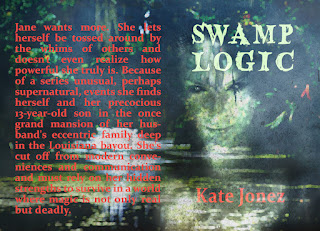 6. Which piece of writing should someone who's never read you before pick up first?
I'd recommend Ceremony of Flies published by DarkFuse. It moves along at a nice pace and Emily and her social commentary is a lot of fun to spend time with.

7. What are you working on now?
I've just finished Swamp Logic, a modern day gothic tale. Because of a series unusual, perhaps supernatural, events a vintage loving LA fashonista finds herself and her precocious 13-year-old son in the once grand mansion of her husband's eccentric family deep in the Louisiana bayou. She's cut off from modern conveniences and communication and must find the strength to survive in a world where magic is not only real but deadly. This was a lot of fun to write. I especially enjoyed studying up on Cajun expressions. Laissez les bon temps roulez!
Posted by Simon at Friday, December 04, 2015