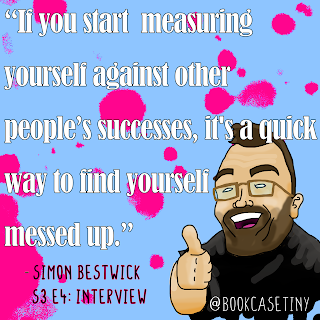 Just a quick post with the latest news from Castle Bestwick:

Firstly, Part Two of my interview at The Tiny Bookcase is now up, and you can amuse yourselves listening to further witterings from me, including my attempt at a Northern Irish accent, favourite quotes about writing, and what little advice I can give to those just starting out. (Because I'm such a great advert for being enormously successful.)

Secondly, I'm delighted to announce that my novel Black Mountain has found a new home!

Black Mountain was first published as an ebook serial by Spectral Press in 2014. It's been unavailable for several years, but Mynydd Du, the strange and terrible mountain at the centre of the Bala Triangle, will finally rise again in a new revised edition from Italy's Independent Legions Publishing. It's been a long road, but I'm over the moon.

The new edition will be published in both print and ebook form, which will be the first time the novel has appeared in print.

Have a great weekend, everyone!