The Lowdown with... Joolz Denby 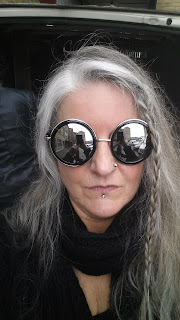 Joolz Denby in her own words: "Professional writer, artist and tattooist. I write poetry and novels, paint, illustrate and design to commission, and am a fully trained tattooist with my own deluxe custom art tattoo studio, Studio Bijoux in Bradford UK."


1. Tell us three things about yourself.
Three? Only three? Shit. Er. I can't sleep because a giant cat keeps jumping in my chest at night: that's actually true. Um. My day job is tattooing at my own studio. Argh....I can swear in at least 6 languages at least one of which is dead.

2. What was the first thing you had published?
Oh that was in the school magazine - I was at Belmont-Birklands Independent High School For Young Ladies - it was a four page epic poem about the fall of Atlantis and contained the word 'harlot' twice. I thought it meant the type of girl who smokes in the street. There were a number of complaints from parents. However via my English teacher, who was a friend of his, Ted Hughes critiqued my poetry. I was eleven. No pressure. 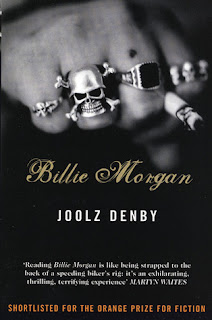 Billie Morgan. It also has the benefit of getting up the most peoples' noses for being 'harsh'. They miss the funny bits because they're too busy being outraged. It was shortlisted for the Orange Prize but rumour had it the organisers were so horrified at me - tattooed, Northern, loose cannon in their eyes - they privately insisted I didn't win lest I bring the Prize into disrepute... and I didn't despite being the Bookie's Favourite. Cheap bastards didn't even give us authors a new phone. Shockin'.

4. …and which makes you cringe?
A poem I wrote aged 15 - I was taking a lot of Valium but it's no excuse - comparing my heartbreak at being ignored by a boy I fancied in the Montmatre Café to my new Biba nail varnish: 'The reflection of my tears in my blue nail polish'. Indeed. No excuse for that. 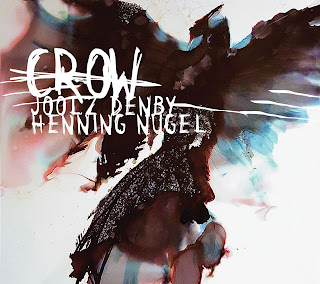 6. Which piece of writing should someone who’s never read you before pick up first?
Billie Morgan. Or they could listen to one of my albums - Crow is the latest. Henning Nugel did the music. It's all very Game Of Thrones. Crows, glitter, death and God.

7. What are you working on now?
Midnight At the Rat And Roses. A modern version of the Orpheus myth involving the Russian mafia, a dead artist and karma. It will never be published.

If you enjoyed this Lowdown, you might want to check out a longer interview I did with Joolz for This Is Horror in 2013. One of my prouder moments! Part One is here; here's Part Two.
Posted by Simon at Thursday, March 16, 2017

Labels: Joolz Denby, The Lowdown, this is horror