The Lowdown with... Steven Savile 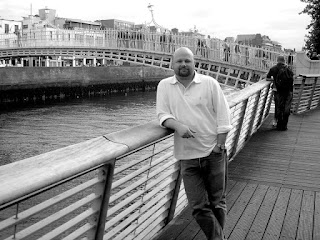 Steven Savile has written for Doctor Who, Torchwood, Primeval, Stargate, Warhammer, Slaine, Fireborn, Pathfinder, Arkham Horror, Rogue Angel, and other popular game and comic worlds. His novels have been published in eight languages to date, including the Italian bestseller L’eridita. He won the International Media Association of Tie-In Writers award for his Primeval novel, SHADOW OF THE JAGUAR, published by Titan, in 2010, and The inaugural Lifeboat to the Stars award for TAU CETI (co-authored with International Bestselling novelist Kevin J. Anderson). Writing as Matt Langley his Young Adult novel BLACK FLAG, published by Cambridge University Press, was a finalist for the People’s Book Prize 2015. SILVER, his debut thriller was one of the Top 30 bestselling ebooks of 2011 (The Bookseller). He wrote the story for the massive bestselling computer game BATTLEFIELD 3 and has collaborated with HipHop legend Prodigy of Mobb Deep on HNIC. His latest books include: SHERLOCK HOLMES AND THE MURDER AT SORROWS CROWN, published by Titan in September 2016; SUNFAIL, an apocalyptic thriller published in the US by Akashic Books, and STELLARIS: INFINITE FRONTIERS published by Paradox Interactive in April 2016. 2017 sees the release of PARALLEL LINES, a brand new crime novel coming from Titan and GLASS TOWN, a hardcover original from St Martin’s Press in the US. 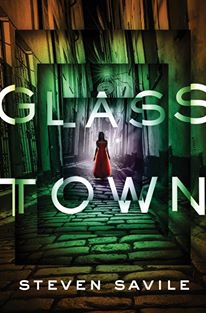 a. I’m a Northumbrian lad living in exile. I went on holiday to Sweden in 1997 and never came home again. Literally. Phoned my mum who was supposed to pick me up at the airport and told her I wasn’t getting on the plane. It was the least planned emigration of all time.
b. I signed the Official Secrets Act – it’s not as exciting as it sounds, though my last few minutes covered under it did include being escorted at gunpoint which was almost James Bondy…
c. I’ve been struck by lightning. More than once. First time was when I was 19. Raging storms. Folks away. The guys coming around to play an all nighter session of Call of Cthulhu. They got lost. I went out into the storm, not thinking, using one of those stupid golfing umbrellas. It was ripped out of my hand, burned and buckled, and I was thrown about ten feet back across the street. What people don’t tell you is if it happens once, odds are it’ll happen twice. You become a bit of a lightning attractor. I swear, I’ve been knocked off my feet outside the parliament buildings in Stockholm, I’ve been on a jumbo jet over Florida that’s been hit (and seen the lightning go sizzling down the centre aisle). I was at a friend’s place once in a lightning storm and they didn’t believe me so I went into the garden in the rain and sat down. Within maybe two minutes a tree no more than fifty feet away was struck. I went right back inside, pronto.

2. What was the first thing you had published?
It was a short story in a long forgotten small press mag in the UK called Exuberance. I was in the DF Lewis Special, a story called 'Coming For to Carry You Home'. That must have been 1991. Just saying that makes me feel old. 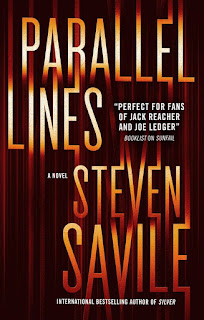 3. Which piece of writing are you proudest of?
GLASS TOWN. It’s not out yet, but it’s the book I’ve always thought I had inside me. The one time I can look at the file and say you know what, I did it, I got it out as it was in my head, and it’s lovely. It’s not just that it’s my best novel, though I think it is, it’s that it was written in adversity. I had to write the final 70k in the months my father was dying, post terminal diagnosis, and then after his funeral. It was the hardest writing I’ve ever had to do, too, because for so long I thought I was never going to write again.

4. …and which makes you cringe?
That’s harder than it should be to answer, but in retrospect I think it’s got to be the Stargate novel. That thing was cursed. It started out as a back-in-time adventure to a POW camp during the liberation, and posed the problems of not allowing themselves to get involved in history, and it was a pretty good story – then about a week before it went to print MGM shit the bed and came back ‘oh my god we can’t do a book about the Nazis! Make them aliens…’ which was a terrible terrible decision. It killed the book. I had a week to make the changes. Now… I was sprucing up my website tonight and actually thought hmm should I just make that one disappear… it’s tempting.

5. What’s a normal writing day like?
I write full time. It’s been my day job for 12 years this year. Once upon a time I was a ‘get up at 9, write from 10-12, have lunch, write from 1-5, hanging out with the wife, write from 10-1… now I’m more like wake up at 10, watch last night’s tv, take the dog for a walk, putter around, oh look it’s 2pm… better go write, and I put in about 1000-1500 words a day. I don’t push myself beyond that because honestly I think the quality drops if I try to do 3k days, storylines rush, things don’t get time to breathe. BUT and this is a massive caveat, the couple of hours I’m walking Buster every day, I’m thinking about the plot, I’m wrestling scenes or threads or coming up with details. I spend 3-4 hours every day thinking about the stuff I’m going to do that day or in the week or so beyond. It’s vital time. 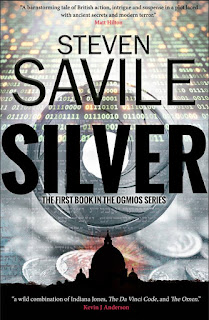 6. Which piece of writing should someone who’s never read you before pick up first?
Ideally it’d be GLASS TOWN or PARALLEL LINES but neither of those are out ywt, so it’d have to be SILVER, it’s the one that’s sold by far and away the most copies of anything I’ve ever done, and has generated the most fan-and-hate mail with the ‘Where’s GOLD?’ cry (it’s coming, Snowbooks, 2017… I promise) but it is absolutely the book where I finally became comfortable with myself and confident in my storytelling. So it’s the one I give away to people when I meet them or they come to the house.

7. What are you working on now?
I’m working on a new novel for St Martins, COLDFALL WOOD, which is a very British mythological story, think Mythago Wood filtered through the lens of Clive Barker…
Posted by Simon at Monday, November 21, 2016