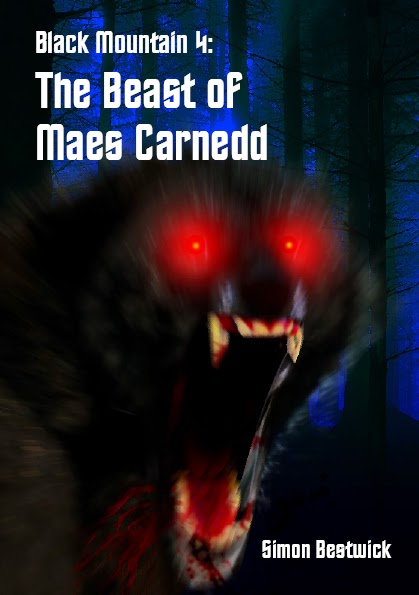 Not had time to get a new website organised yet - I'm still unpacking my crates of books - so this one will have to stay in service a little longer, in order to let you know that the latest instalment of the Black Mountain saga, The Beast Of Maes Carnedd, is now available on Amazon, with - as you can see - yet another awesome cover by Neil Williams.

'We could all hear Bert Williams' screams, fading away as it dragged him off. And we could have gone after him, but we didn’t. No point. We’d have been dead too. You didn’t see what it did to those men.

They were torn to pieces. I mean literally. Limb from limb. Like you’d pull a roast chicken apart – rip off the drumsticks, gouge and tear off the breasts. Strip the carcass. We could recognise the faces, just – and by Christ, I wish I hadn’t – but as for the rest? You couldn’t tell which bits were Bill’s and which were Jack’s.

As for Bert Williams - no-one ever saw him again, living or dead.'


The first three episodes of Black Mountain, The Red Key, The Ghosts Of Hafan Deg and The Strange Death Of Britt Nordenstam, are all available for download too.