"Simon Bestwick is one of my favourite writers. Seek out his stories voraciously and often because they are almost certain to be gems.”
- Stephen Volk, creator of Ghostwatch and Afterlife.


A brief roll-call of my most recently-published short fiction and details of where to buy it- or in some cases, read it for free- if you're so inclined. 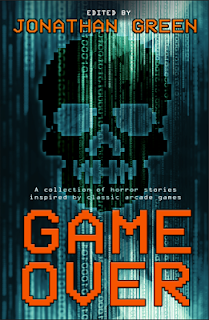 'Lex Draconis' published in Tales of the Nun and Dragon.

'Salvaje' published in the Ninth Black Book of Horror.

'Tumblers,' (flash fiction) published at This Is Horror. READ IT FOR FREE!

'Pax Deorum', 'If You Can't Save Me' and 'And Each Slow Dusk', published at The Horrifically Horrifying Horror Blog for International Short Story Day 2012. READ THEM FOR FREE!

'Kiss The Wolf' published in Gutshot.

'Dermot' published in Black Static #24, reprinted in Best Horror of the Year #4 and in The Best British Fantasy 2013.

'The Moraine' published in Terror Tales of the Lake District, reprinted in Best Horror of the Year #4.

'The Churn' published in Black Static #27.

'The Psalm' published in Estronomicon, Halloween 2011. READ IT FOR FREE!

'The Children Of Moloch' published in Death Rattles.

'The Sons Of The City' published in The End Of The Line.

'Winter's End' published in Where The Heart Is.

'The Suicide Chairs' published in Apparitions.