The Lowdown with... Kameron Hurley 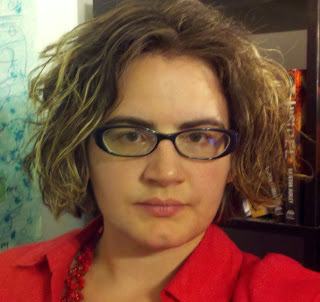 Kameron Hurley is an award-winning author and advertising copywriter. She grew up in Washington State, and has lived in Fairbanks, Alaska; Durban, South Africa; and Chicago. She has a degree in historical studies from the University of Alaska and a Master’s in History from the University of Kwa-Zulu Natal, specializing in the history of South African resistance movements. Her essay on the history of women in conflict “We Have Always Fought” was the first blog post to win a Hugo Award. It was also nominated for Best Non-Fiction work by the British Fantasy Society.

Hurley is the author of God’s War, Infidel, and Rapture, a science-fantasy noir series which earned her the Sydney J. Bounds Award for Best Newcomer and the Kitschy Award for Best Debut Novel. Her latest novel, The Mirror Empire, is published by Angry Robot Books, and the sequel, Empire Ascendant, will be out in October 2015. Her first space opera, The Stars are Legion, will be published from Simon and Schuster’s Saga imprint in fall of 2016.

She has won the Hugo Award twice, and been a finalist for the Arthur C. Clarke Award, Nebula Award, the Locus Award and the BSFA Award for Best Novel. Additionally, her work has been included on the Tiptree Award Honor List and been nominated for the Gemmell Morningstar Award. 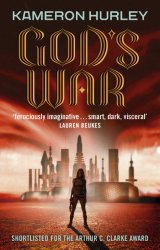 I am a human.
I write exceptionally weird fictional worlds.
I like cheese.

My first published piece was actually a nonfiction essay about how participating in high school theatre helped me overcome – or at least learn how to manage – my severe introversion.  I was sixteen and it came out in my local paper. I believe they paid me $100 for it, which was great. The next year I sold my first fiction story to a now-defunct online magazine for $5. The nonfiction paid better, as you can see– a lesson in what was to
come. 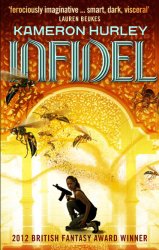 This is a tough question, because on some level, I’m proud of everything I’ve written (with one exception). I love my God’s War novels. Nyx, the main character, is easily the most fun and memorable and messed up character I’ve ever written. But when it comes to “world-changing” stuff, I’d have to say that the piece I’m most proud of is writing the essay, “We Have Always Fought,” about the people we erase from the history of conflict. It’s had the most impact on the wider world. People have changed what and how they write because of that piece, which is a pretty exceptional example of how a single piece of writing can have ripple effects that change the world. 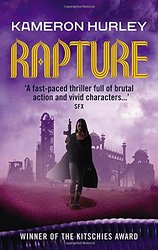 I was asked to write a satiric story for an online magazine in just two weeks – sort of newsjacking on popular events – and it didn’t come out at all how I’d hoped. I’m not a satirist and it had to be edited quite a lot. It was a good lesson in learning when to say no to opportunity, for sure. 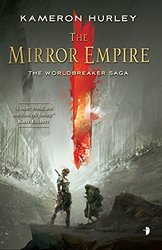 Instead of trying to squeeze in 500 or a thousand words a day during the week, I do all of my writing on the weekends. If I’m on deadline, it’s Saturday AND Sunday, but generally just Saturday. So I’ll be up at 7:30 a.m. and head over to the coffee shop by 9 a.m. Depending on how things go, I’ll be there until 2 p.m. or so, writing maybe 3,000 words, then switch to the beer lounge nearby and write another 3,000 or so. My goal is to do 8-10k every Saturday, but 5-6k is generally what ends up happening. When I’m really busting out words under deadline, I’ve been known to clear nearly 20,000 words in a weekend, working from 8 a.m. until 8 p.m. Saturday and Sunday. Which is a useful skill to have. 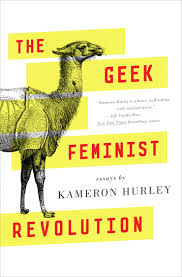 I like to point people to God’s War first, which was the award-winner, but lots of people find it too weird. If you prefer epic fantasy, The Mirror Empire might be a better starting point. It’s certainly sold the most!

7. What are you working on now?
I’m finishing up the edits on my essay collection The Geek Feminist Revolution, and frantically putting together the first draft of my first space opera, The Stars Are Legion, which is due in November. Both books are coming out next year: the essay collection May 31st and the space opera in the fall. It’s a mad dash right now to kick all of this work into shape. But I’ve pulled off greater writing miracles, so there’s hope.
Posted by Simon at Monday, October 05, 2015

Claim faucet bitcoins over at Easy Bitcoin Faucet. Up to 33 satoshis every 10 minutes.

From my experience the most recommended Bitcoin exchange service is YoBit.

Are you exhausted from searching for bitcoin faucets?
Triple your claimed satoshis with this amazing BITCOIN FAUCET ROTATOR.