The Lowdown with... Gary Fry 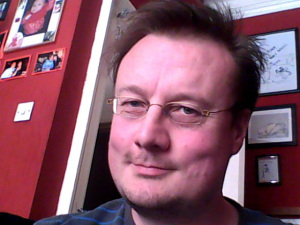 Gary Fry has a first-class degree and a PhD in psychology, though his first love is literature. He lives in Dracula's Whitby, literally around the corner from where Bram Stoker was staying while thinking about that legendary character. He has been writing seriously for about 10 years, despite dabbling with prose since his teens. His first sale was rather a grand one: a short story, 'Both And', to Ramsey Campbell for inclusion in the international anthology Gathering the Bones.

Gary has had a number of books published, including short story collections, novellas and novels. His first collection included an introduction by Ramsey Campbell in which Gary was described as a "master". All these books reflect Gary's predilection for page-turning narratives, complex thematic development, and compelling characterisation.

Gary has a deep interest in psychology and philosophy; indeed, related concerns inform his fiction. He likes to think that every facet of his thought can be strung together by reading his assorted pieces, each adding to the whole -- a 'vision', if you like, and if that doesn't sound too pretentious. But he's never been one to flinch away from ambition. 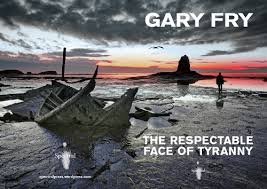 I have a PhD in psychology and that suggests some grand masterplan to steer my life down worthy paths. But the truth is that I just kind of drifted into academia and then postgrad study and then university research. I sometimes think my entire life has been an effort to avoid getting a job which involves wearing a stiff collar.
I live in Dracula’s Whitby, just around the corner from the house in which Stoker stayed while planning his great novel. Indeed, every day I walk the dog past the building, keeping my eyes firmly averted lest a figure appear in one upper-storey window, red of eye and sharp of fang…
I play the piano, badly. Well, no, that’s unfair. I used to be quite good and got to grade 7 as a teenager. But I’ve badly neglected it as an adult and don’t see myself returning very soon. My problem is that although I’m technically adept, I’m just not particularly musical. My timing is good, but I cannot pick out chords like peers were able to do. It’s just not there. And when I do something which requires a lot of effort, I need to feel as if it’s all worth it. In that sense, my musical career is a damp squib.

2. What was the first thing you had published?
It was a short story in my native Bradford’s local newspaper the Telegraph and Argus. The tale was as soppy as a Facebook user’s fondness for kittens – about a young girl trying to reunite her estranged grandfather and mother – but there are some worthy phrases amid the clunks. I was reading Ramsey Campbell at the time and this seems to have rubbed off in such lines as, “Buildings towered above her like God’s in an identity parade.” There are nascent bits of latter-day me in there, certainly.

3. Which piece of writing are you proudest of?
A bunch of cosmic novellas set on the northeast coast, each exploring a genuine location and grafting such a sense of place on to personal considerations: the economy, grief, employment, freedom, etc. So far there have been World Wide Web, Lurker, The Respectable Face of Tyranny, Emergence, The Doom that Came to Whitby Town (forthcoming), and more to come. I really want to claim this territory as my own, and will endeavour to mark the entire coastline with monstrous tooth and claw.

4. …and which makes you cringe?
Ah, far too many, alas. I went through a period, maybe 2008-11, of writing heavily, of abandoning my usual freewheeling approach and believing that I needed to try harder. But the fiction, which read okay at the time, now seems laboured and clumsy, and I’d happily edit the shit out of it if I could. I won’t single out individual pieces, but rest assured they’re there, in cold print. Very cold. 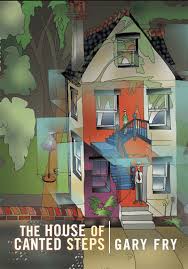 I’m completely undisciplined. I either write all day long and put out 5,000 words or do bugger all. I really wish I was more organised, was able to split my day between rival passions – a little reading, a little writing, watch a film, stroll the coastline, etc. But my brain will have none of that. OCD, me. Tunnel vision. Monomaniacal. This has the effect of me burning myself out regularly, switching between preoccupations over cyclical monthly spells. Oh for a quieter mind…

I’m tempted to say Lurker (DarkFuse), which is compact and exciting, and contains what I consider to be some of my best descriptive writing. I really researched the location – Sandsend near Whitby – and managed (I hope) to evoke a real sense of place. Alternatively, for a novel, I’d encourage the curious to check out the ebook version of my PS Publishing book The House of Canted Steps (reissued by DarkFuse), which is a 60,000-word scare machine, as tightly plotted as I could make it and packed with twists and turns.

7. What are you working on now?
A new novella set in another northeast coastal location called Ravenscar, otherwise known as the “town that never was”. Indeed, that’s the title of the story. It’s a creepy place to visit. Briefly, the Victorians planned to develop it as a coastal attraction, a town to rival Whitby and Scarborough, but the plans misfired, and so although a few properties were built, the great majority weren’t, leaving just isolated buildings standing upon deserted terrain. It’s said that the project failed because potential buyers didn’t like the unpredictable weather or the steep descent to the beach…but we all know better than that, don’t we? Yeah, suuuure we do…
Posted by Simon at Friday, October 30, 2015